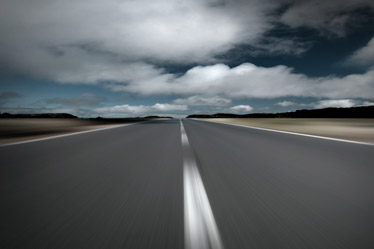 Last weekend I outlined a maybe-future post called “advice to conservatives.” I was thinking about how conservatism could adjust to reality after a Democratic victory and, basically, not drive over a cliff.

However, this morning I think they’re unstoppable. The kindest thing we can do for them is locate the cliff they’re speeding toward and wait at the bottom with the body bags.

I give you, for example, “Win or Lose, Many See Palin as Future of Party” in today’s New York Times. She’s the bright, shiny thing the true believers are drawn to now, like moths to a flame.

I give you “The Sarah Party,” by Robert Stacy McCain:

I saw the Republican Party today, standing in line to see Palin at Shippensburg University. The line stretched for more than half a mile — people waiting outside for hours on a windy 40-degree day — and though the doors opened more than two hours before the event, security still wasn’t able to get everyone through the metal detectors by the time the rally began. Let’s see Buckley or Kathleen Parker or Ken Adelman draw a crowd like that.

This is my personal favorite, by a blogger at Redstate:

The McCain campaign should purchase a half hour on the same networks, or at least ONE of the networks, and let it be known in advance what it will be, because it will be VERY news-worthy and cause people to want to tune in. They should announce that for half an hour, Sarah Palin will take questions from Dan Rather, live, unedited, no area off limits. … a strong performance by Governor Palin with America watching should pretty much guarantee McCain the election.

The above is not a joke. The guy really believes this. Redstate also has “The Seven Reasons McCain-Palin Are a Lock to Win,” which some of you might find amusing.

The Right is wrestling with two competing theories at the moment. Theory One is that McCain actually is winning (see “lock to win” article linked above), and the polls are misrepresenting reality because either the pollsters or the media reporting on the polls are in the tank for Obama. The other theory is that the only reason Palin-McCain are losing is that the media is [sic] in the tank for Obama. That a majority of the American people might actually prefer Obama is, of course, unthinkable.

(I personally think that whatever breaks Obama is getting from media come from media recognition of Obama’s popularity — being nice to him gets better ratings, especially among the younger demographic — recognition that he’s probably going to win, so no one wants to piss off his communications and PR people; and guilt over the role some of them must realize they played in getting The Creature “selected” in 2000 and 2004.)

The problem, of course, is that for years the educated elites of the GOP — George Will, Peggy Noonan, et al. — have provided a facade of something resembling rationality that somehow obscured the demagoguery, fear-mongering, resentment-stoking and bias-baiting that the GOP relies on to keep its base together. But the keepers of the facade are in the lifeboats, so to speak, and the seething core of ignorance, fear, resentment and hate is exposed for all to see.

No doubt the elites already are planning ways to chip away at the Obama administration, reassemble the facade, and whistle the base home to the kennel. The danger to them is that Sarah Palin may not follow the script. Right now the plebeians are in love with her, and the patricians may find that Palin’s whistle is louder than theirs.

I’m not saying Palin has a serious chance of being the GOP nominee in 2012. There’s talk she’ll have a hard time being re-elected governor of Alaska; we’ll see. I’m saying that when the election is over the GOP will have to deal with her, somehow, whether the elites like it or not, because a chunk of the base will feel more loyalty to her than to the GOP establishment.

At TPM, Linda Shapiro talks about the part of the base that is running away from Palin: “Of the 70 odd conservative politicians, pundits and newspapers that have turned from McCain to endorse Obama this fall, 38 of them have cited Palin as a significant contributor to the decision.”

You see the problem. Is “the base” the “70 odd conservative politicians, pundits and newspapers”? Or the people who flock to Palin rallies? The GOP needs the former for legitimacy and the latter to win elections. Palin already is a wedge driving these two constituencies apart. What will the GOP do?

Update: Here’s another piece of the puzzle. Jonathan Martin writes at The Politico that conservatives are planning a big post-election powwow to set the future course of conservatism.

One of the topics of discussion will be how to fashion a “national grassroots political and policy coalition similar to the out Reagan years,” said the attendee, a reference to the development of the so-called New Right apparatus following Jimmy Carter’s 1976 victory and Reagan’s election four years later.

“There’s a sense that the Republican Party is broken, but the conservative movement is not,” said this source, suggesting that it was the betrayal of some conservative principles by Bush and congressional leaders that led to the party’s decline

I think “the conservative movement” is kidding itself, but let’s go on.

But, this source emphasized, the meeting will be held regardless of the outcome of the presidential race. “This is going on if McCain wins, loses or has a recount — we’re not planning for the loss of John McCain.”

Either way, Sarah Palin will be a central part of discussion.

If the Arizona senator wins, the discussion will feature much talk of, “How do we work with this administration?” said the attendee, an acknowledgement that conservatives won’t always have a reliable ally in the Oval Office.

Under this scenario, Palin would be seen as their conduit to power. â€œShe would be the conservative in the White House,â€ is how the source put it.

What makes Palin more of a “conservative” than McCain, especially if they’re talking about the Reagan model of conservative?

Should McCain lose next Tuesday, the conversation will include who to groom as the next generation of conservative leaders â€“ a list that will feature Palin at or near the top.

I would love to know who has been invited to this meeting, and who hasn’t. Here’s a clue:

Few believe that the Republican party will respond to another brutal election by following a path of moderation, but conservatives are deeply dispirited and anxious to reassert the core values they believe have not always been followed by Bush, congressional leaders and their partyâ€™s presidential nominee . Many on the right, both elites and the rank-and-file, see a rudderless party that is in dire need of new blood and old principles: small government, a robust national security and unapologetic social conservatism.

Rush Limbaugh, a powerful figure in the party whose influence has spanned years of the GOP in and out of power, gave voice to this frustration Tuesday, saying candidly that “there is no elected or political leadership in Washington or in the Republican Party that people can rally around,”

This is a guess, but I’m thinking that this meeting is for people, like Limbaugh, who made their bones in the party by being the spearheads of the Lee Atwater-Karl Rove political attack machine. If so, this is less about “movement conservatism” than it is about how the Republican Party will choose to market itself in the future.

19 thoughts on “The Future of the Republican Party”