I just saw this bar graph at Talking Points Memo [correction: not TPM, but another site] and liked it so much I did a screen capture — 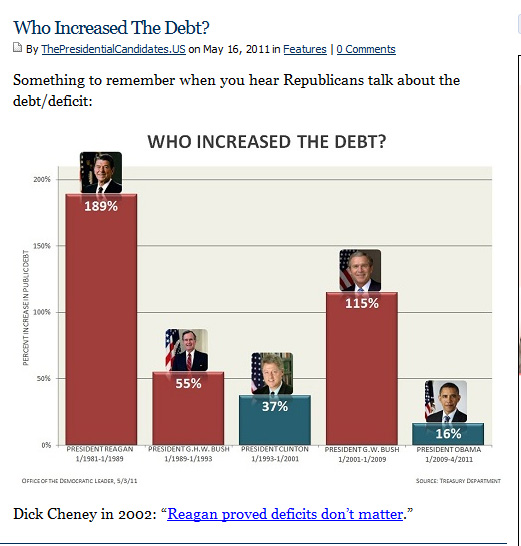 There’s nothing there most of you regulars don’t already know, of course.

18 thoughts on “Who Increased the Debt?”