Rosenteinâ€™s order charges Mueller with investigating â€œany links and/or coordination between the Russian government and individuals associated with the campaign of President Donald Trump,â€ as well as â€œany matters that arose or may arise directly from the investigation.â€ Mueller is also empowered to probe possible attempts to stymie his investigation. That language gives him leeway to interpret his mandate broadly if he chooses. It also might mean he goes after people who leaked classified information related to the bureauâ€™s Russia investigation. He can continue his work however long he wants, and he is broadly â€œauthorized to prosecute federal crimes arising from the investigation.â€

— That means this could last for years â€“ potentially through the presidentâ€™s 2020 reelection campaign.

We can discuss what should happen until we are blue; what’s going to happen is what’s going to happen. The wheels are in motion; the game is afoot; etc. If Mueller is the tough and honest guy everyone says he is, then I trust many things will come to light. Â And I suspect those “many things” will go way beyond a mere attempt to interfere with the 2016 election. The election issue is the least of what might have been going on. 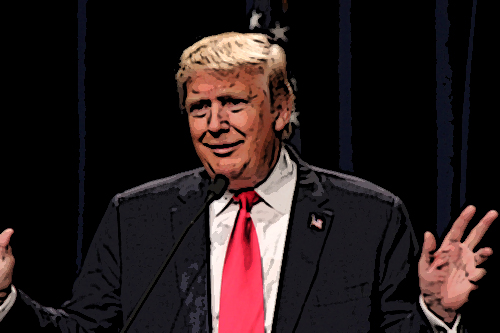 Here is the latest, from Josh Marshall:

Reuters says that Mike Flynn and other Trump campaign officials were in contact with Russian government officials at least 18 times between April and November of last year.

McClatchy reports that shortly before President Trumpâ€™s inauguration, Mike Flynn effectively killed a military operation against ISIS that would have used Kurdish paramilitaries. The plan was later revived after Flynnâ€™s ouster. But his decision delayed it for months. Any US operations with the Kurds would be firmly against the wishes of Turkey. This was while Flynn was working on behalf of the Republic of Turkey as an unregistered foreign agent.

The Timesreports that on January 4th, Flynn notified Trump Transition lawyer and now White House Counsel Donald McGahn that he was being investigated for his undeclared lobbying work on behalf of Turkey.

And that’s just the stuff about Flynn and Turkey. See alsoÂ Report: Russian bank whose CEO met secretly with Jared Kushner helped finance Trump’s Toronto hotel. And I still say there’s something going on with Trump and the Russian mob.

Vice President Mike Pence is often portrayed as Trumpâ€™sÂ squeaky clean, perhaps goofy second, ready to take over if the avalanche of scandal overwhelms Trump. As I noted earlier this week, this is far from the case. Pence has managed to get implicated in most if not all of the big scandals â€“ that just hasnâ€™t gotten a lot of attention yet.

There’s a lot of arguing that we can’t get rid of Trump because then we’ll end up with President Pence, which could be worse. Â I’m inclined to think that if Mueller’s investigation brings Trump down, Pence would go down with him.

But that’s in the event of a standard (if such a thing could be called standard) impeachment process. Trump clearly is not a stable person. And that brings us to the 25th Amendment:

The key players in the second case are the vice-president and the top 15 members of the cabinet. If the former and a majority of the latter decide the president is â€œunable to discharge the powers and duties of his officeâ€, they submit that information in writing to the House speaker (currently Paul Ryan) and Senate president pro tempore (currently the Utah Republican senator Orrin Hatch) and just like that, the vice-president would be acting president.

The president may challenge such a decision, at which point a two-thirds majority in both chambers of Congress would be required to stop the president from regaining power.

I can easily imagine Republicans in Washington preferring this option to watching both Trump and Pence being ground to bits by endless investigation. And if Trump’s behavior grows increasingly bizarre, as I expect it will, watch out for this. I’m sure the Republican establishment would rather cut Trump off at the knees and have Pence in the White House than endure a Whitewater-type investigation dragging their own party through the mud. The investigations would continue, but much of the heat would be removed from the Republican Party — unless Pence becomes a target, too.

The other possibility is that Trump will leave the White House voluntarily, whether horizontally or vertically (someone with his ego is unlikely to be able to face the ignominity of being perpwalked out of the White House). Again, that would not necessarily be the end of Â the political fallout.

So, hang on to your butts.

19 thoughts on “This Could Take Awhile”