Well, here we go. The Democratic primaries are about to get underway with the infamously weird Iowa Caucuses. It will be a roller coaster from now until the Virgin Island caucuses on June 6. And there’s always a chance we won’t have a nominee until the Dem convention, which begins July 13.

Here’s today’s gripe: I’m still seeing people in all forms of media declaring with great confidence who is and isn’t “electable.” But don’t listen to any of this. It’s all theories. Nobody really knows. “Nobody” includes famous politicians and people who spout opinions on the teevee as well as everybody on social media.

Steve Rosenthal at The American Prospect:

Most public polls now show Sanders, Biden, and Bloomberg beating Trump by between three and seven points, with most of the other candidates beating him by slightly smaller margins. And the most recent CNN poll shows that 57 percent of Democrats believe the party should nominate the candidate with the strongest chance of defeating Trump—the highest it’s been since last June.

Here’s the rub: Trying to figure out who is the most electable candidate is a losing proposition…. The path to the White House is littered with countless candidates who on paper and in early polls were supremely electable and created a fair amount of excitement—but then something happened.

Usually what happened was elections. The people who look good in theory before the primaries begin are not always the same people who actually get the votes. That’s true more often than not, I believe.

The “experts” are going by the conventional wisdom of recent decades, which is based on theories that maybe were valid in the past, or not, but is mostly blind to the state of the electorate at the moment. The voters who turn out in 2020 will not be the same people who voted in 1972, or 1980, or 1992, or even exactly the same as 2016. The voters who turn out in 2020 will have different concerns and perspectives from earlier voters. The experts always seem to be a few election cycles behind in their judgments of what voters want.

There is palpable hysteria on the part of the Democratic establishment right now that Bernie Sanders might run away with the early primaires. They are certain, of course, that Sanders cannot beat Trump. This certitude is based partly on their lingering dislike of Sanders for having challenged Hillary Clinton in 2016 combined with the ghost of the mostly mis-remembered election of 1972.

George McGovern allegedly taught us that “extremists” can’t win. The problem with that assessment is that McGovern was not at all extreme. His alleged extremism was the excuse Democrats manufactured in their heads to explain the debacle of 1972. As Ed Kilgore documents here, what really hurt McGovern was an amateurish general election campaign (e.g., the Tom Eagleton fiasco) combined with a lack of support from Democratic party stakeholders who would have preferred someone else.

The ex post facto mythology of the McGovern campaign represented it as a takeover by a wild-eyed bunch of radicals determined to purge the Democratic Party of the “Establishment” elements (including the labor movement) that had sustained it for so long. As noted above, the white southern wing of the party had already seceded (at the presidential level, anyway). Also as noted above, McGovern and his supporters weren’t repudiating LBJ’s War in Vietnam; by then it was definitely Nixon’s War.

What did happen was a widespread abandonment of the Democratic presidential nominee, led by a labor movement (or at least by the leadership of the AFL-CIO) that was still loyal to Johnson and Humphrey and didn’t feel its interests would be particularly compromised if Nixon won reelection. Political historian Rick Perlstein reminds us that McGovern wasn’t the aggressor in intraparty strife:

Humphrey himself, backed by [AFL-CIO president George] Meany, ran a stupendously vicious primary campaign against McGovern in the late innings. Edmund Muskie, Scoop Jackson, and Humphrey even cast aspersions against McGovern on “Meet the Press” segments during the convention. Others were more casual — like the Catholic Missouri senator, one of the few up and comers associated with the regulars’ old order, who gave a blind quote to Evans and Novak at the height of the primary season, when McGovern looked to be clinching the nomination: “The people don’t know McGovern is for amnesty, abortion, and legalization of pot. Once Middle America — Catholic Middle America, in particular — finds this out, he’s dead.”

For the record: Timothy Noah wrote back in 2012 that a famous smear leveled at McGovern — that he was the candidate of “acid, amnesty, and abortion” — had come from none other than Senator Tom Eagleton (D-Missouri), whom McGovern had dropped from the ticket because of concerns over Eagleton’s mental health. In this case, the “amnesty” was for men who had dodged the Vietnam war draft, a position that McGovern did support and which would come to pass anyway before the decade of the 1970s was over. McGovern also wanted to decriminalize marijuana but not acid or other illegal drugs. His position on abortion in 1972 — which was prior to the Roe v. Wade decision — was that it was a state matter.

In other words, in 1972 McGovern was smeared as a leftist extremist by both the Nixon campaign and large parts of the Democratic Party establishment, who organized a “stop McGovern” campaign during the primaries. And the Dem establishment let their own nominee twist in the wind during the famously disorganized 1972 Democratic National Convention (McGovern didn’t give his acceptance speech until 3 a.m.) and throughout the clumsy campaign thereafter. And when McGovern lost, the excuse was that he was just too extreme, not that the establishment had failed to support him.  If the Democratic coalition of the time had united behind him, it may have been a very different election. See also What Democrats Still Don’t Get About George McGovern by Joshua Mound.

So, in 1972, the Democratic Party establishment created a self-fulfilling prophecy — they said McGovern couldn’t win, and then they made sure he didn’t. I am concerned that something like this happening to Bernie Sanders and possibly could happen to Elizabeth Warren also, if she starts winning a lot of delegates.

At Washington Monthly, David Atkins writes that Your Theory of Electability is Probably Wrong. Both the centrists and the progressives are putting forward theories of how to beat Trump that have no empircal support. Joe Biden claims he can win the votes of blue collar Trump voters, but we don’t know that’s true. The Sanders side says he will get new young voters and some of the non-voters of 2016 to the polls, but we don’t know that’s true. We won’t know until the election. Until then, it’s all theories.

As both Atkins and Rosenthal point out, several of the Dem candidates beat Trump in head to head polling.  That polling might be wrong, but it doesn’t show us that any one Democrat is far and away stronger against Trump than the others.

This is for people who keep howling that Trump will call Sanders a socialist. Trump is calling every Democrat a socialist these days. If Joe Biden is the nominee, Trump will have the MAGA-heads believing Biden is a socialist. You can count on it. Further, Atkins writes,

Sanders’ opponents like to claim that he isn’t vetted and hasn’t sustained attacks from Republicans that will drive down his numbers. But this is utterly unproven: the sting of attacking “socialism” has weakened to almost non-existent as Republicans have cried wolf about it for decades, and as fewer and fewer voters in the electorate are persuaded by Cold War scare rhetoric in the face of rising inequality and basic costs of living. If the centrist wing of the party had real dirt on Sanders they would be using it by now. And besides, the exact same argument was used in 2008 to claim that Barack Obama would be destroyed in a general election over Reverend Wright and other supposed radicalism. It didn’t happen.

The same goes for Warren. No, we do not know that a woman can’t beat Trump just because Hillary Clinton failed in 2016. “Her opponents like to claim that the attacks over her claiming Native American ancestry, or her positions on Medicare for All, will doom her in a general election,” Atkins writes. “Yet she continues to defeat Trump in general election polling as usual.”

The boring reality is that the country is more polarized than it has ever been, and becoming more so. The boring reality is that a realignment is taking shape in which the exurban professional class and white working class increasingly vote for their prejudices over their economics but are declining in numbers, while educated suburbanites, young people and people of color rapidly align with the Democratic Party, on behalf of both moderate and leftist candidates depending in large part on the district. The bluer and more urban the districts, the [more] leftist the viable candidates. A hard-charging progressive like Ocasio-Cortez is more aligned with this coalition in the Bronx than an older establishment incumbent like Joe Crowley, while Democrats of left-center-left ideological alignment perform well in the most purple districts. But even a bisexual Medicare-for-All supporting millennial can win in frontline districts.

Can we exorcise the ghost of 1972 already?

My heartfelt suggestion is that everybody chill a bit. Forget electability; vote for the candidate you most want to be president. Let the primary results show us which candidates have the chops to beat Trump. Because right now, nobody knows. 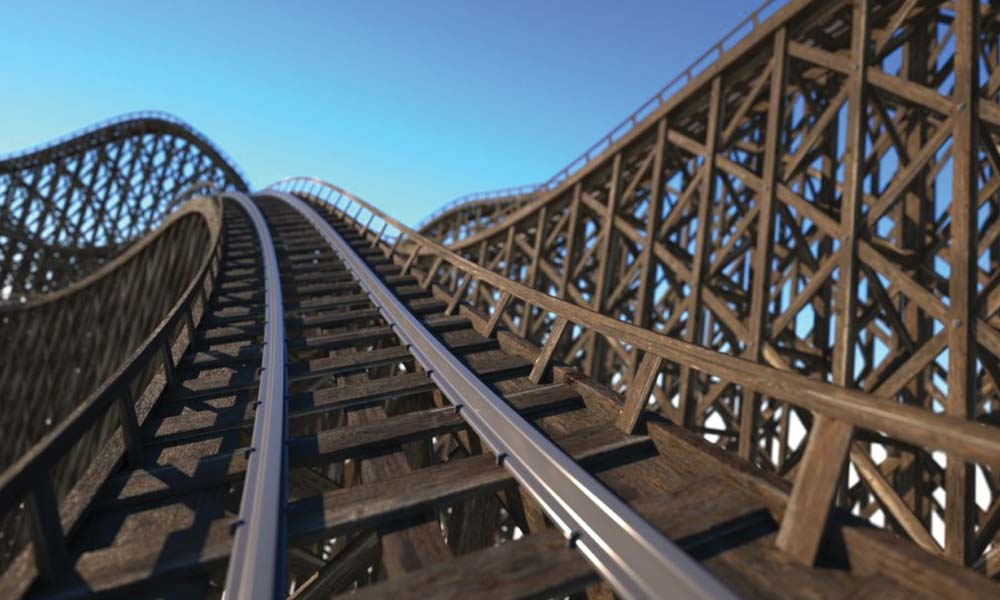