According to many smart people, Donald Trump is a security threat to the United States.

Former CIA Director John Brennan is very disturbed by a new report from The New York Times, which says last week, members of the House Intelligence Committee were warned by an aide to Acting Director of National Intelligence Joseph Maguire that Russia is actively meddling in the 2020 campaign in order to get President Trump re-elected.

“We are now in a full-blown national security crisis,” Brennan said. “By trying to prevent the flow of intelligence to Congress, Trump is abetting a Russian covert operation to keep him in office for Moscow’s interests, not America’s.” Brennan served as CIA director from 2013 to 2017.

Of course, it’s not just Donald Trump; it’s the Republican Party protecting him. Do read Don’t mince words. Trump is abetting an attack on our country by Greg Sargent. You’ve probably heard the backstory:

Trump is angry because our intelligence officials followed the law and informed members of both parties about what the intel indicated about new Russian efforts. Trump “berated” his acting director of national intelligence, Joseph Maguire, for allowing this heresy.

Trump was particularly angered by the presence at the briefing of Rep. Adam B. Schiff (D-Calif), who led the impeachment. Trump says Schiff and Democrats will “weaponize” these revelations.

And, of course, he didn’t just berate Maquire; he fired Maguire and is replacing Maguire with  “U.S. Ambassador to Germany and Trump International Hotel ‘gold-level’ member Richard Grenell,” it says here. The point is that Trump is corrupting our national security to be sure nobody can find out what Russia might be up to in this year’s elections, or about anything else going on in the world that makes Trump look bad.

Mr. Grenell has no experience as an intelligence officer at any level, nor has he overseen a large government bureaucracy. He has served in government only as communications director for the U.S. ambassador to the U.N. during the George W. Bush administration, and since May 2018 as ambassador to Germany. (In the interim, he founded and ran a public affairs consultancy, advising and commenting on Fox News.)

The National Intellligence Director servies as the head of the entire U.S. intelligence community, among other things. Grenell won’t be able to do that job. And, also, this is a cabinet-level position that requjires Senate confirmation. Grenell will be the fourth person to hold the position in Trump’s three years as POTUS. Only one of those directors, Dan Coats, was confirmed. The rest have been “acting.”

So, wait. We will now have a career Internet troll running the intelligence community because the guy who was running it before held a meeting with the proper constitutional officers and warned them that the Volga Bagmen were at it again, which we all knew because none of us are stupid, and because Bob Mueller warned us about it months ago, and the president* went batshit crazy at the whole notion of it’s being discussed with people he doesn’t like?

Yep. Back to Greg Sargent:

The larger context here, spelled out by Adam Serwer, is the entrenchment of Trump’s GOP as a “regime party” committed to holding power through maximal manipulation of government. Trump’s Ukraine shakedown and his subsequent coverup are the most recent conspicuous examples — and his acquittal is hastening this process.

And the Republian Party is officially aiding and abetting this. That the chief threat is coming from Russia is especially damning. Poor Max Boot is apoplectic; the Republicans have become the party of Russia, he wrote. Better to let Russia subvert our democracy and our security than lose an election. 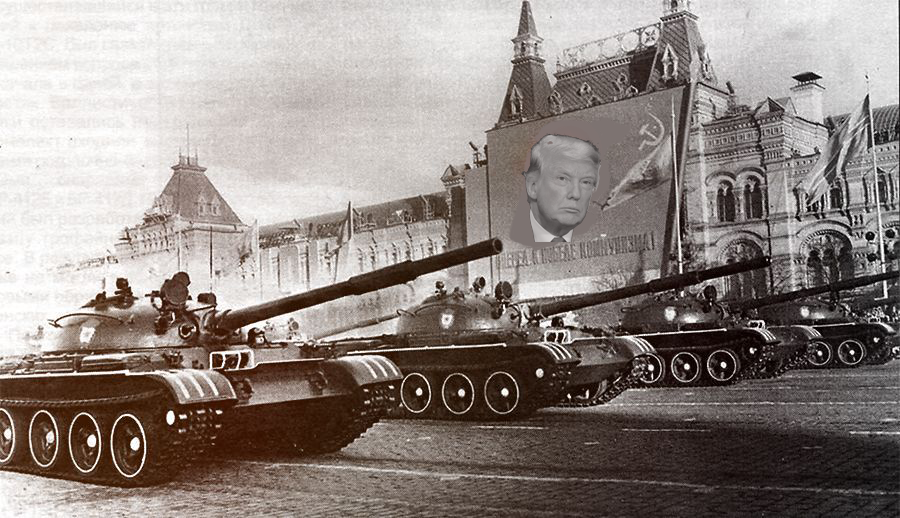