My favorite headline today is at the Atlantic: There Are No Libertarians in an Epidemic. Peter Nicholas writes, “In the 2020 election, Donald Trump’s aim is to brand his opponent an avatar of socialism, whether it’s Joe Biden or Bernie Sanders. But the COVID-19 outbreak demonstrates the emptiness of these sorts of ideological labels. Just as there are no atheists in foxholes, in a national emergency, there’s no truly laissez-faire government.”

Trump is only concerned about the economy, of course, and he is thrashing around trying to come up with a big-government economic response. The Holy Free Market (blessed be It) isn’t going to do the job. CNBC:

The White House is not ready to roll out specific economic proposals in its response to the widening impact of the coronavirus outbreak, administration officials told CNBC.

The revelation comes as U.S. stock futures pointed toward a sharp rebound at the open Tuesday following the Dow’s 2,013-point drop Monday and President Donald Trump’s suggestion that a payroll tax cut and other stimulus measures may be in the works to mitigate economic damage from the virus’ spread. Trump has also invited Wall Street executives to meet at the White House on Wednesday to discuss the response.

However, inside the administration, some officials were stunned by Trump’s claim Monday that he would hold a press conference Tuesday to announce an economic plan. “That was news to everyone on the inside,” one official said.

Trump did meet with Republican senators today and tossed out some proposals, but I take it nothing was agreed upon. Trump wants to use emergency funds to goose the economy. Obviously, he worries that a weakening economy will hurt his re-election chances. He seems less concerned for what is likely to happen if the virus starts spreading through more nursing homes.

And the Trumpers might consider using emergency funds to goose our virus testing capabilities. To review:

A February 28 ProPublica report describes how the Centers for Disease Control and Prevention “lost valuable weeks that could have been used to track [the coronavirus’s] possible spread in the United States,” because the agency insisted on developing its own tests for the virus instead of adopting those provided by the World Health Organization.

Then the CDC-developed tests proved to be unreliable, setting the agency back in its effort to enable widespread testing and squandering precious time needed to prepare for the virus’s arrival. On top of that, early federal guidance provided only for testing of people returning from international travel—and even after those restrictions were loosened, story after story surfaced of potential COVID-19 patients who had been denied testing despite their symptoms. Private labs and companies have only recently been allowed to run tests. As a result, only about 4,300 people in the United States had been tested for the virus as of March 9. Compare this with South Korea’s numbers, which total as many as 10,000 people tested a day.

See also The Dangerous Delays in U.S. Coronavirus Testing Haven’t Stopped and True number of U.S. coronavirus cases is far above official tally, scientists say. We really have no bleeping idea how many Americans have this disease already and how far it has spread.

Other countries are doing a much better job dealing with the crisis. See, for example, Taiwan has millions of visitors from China and only 45 coronavirus cases. Here’s how. In brief, that had an epidemic crisis management task force already in place, and it began to respond to the spread of the virus in December. Taiwan began testing on December 31. It has had only one death so far.

Oh, and The Intercept reports that the Health and Human Services department just requested bids on contracts for manufacturing 500 million face marks, since there’s a shortage. The bids are due March 18.

And I still haven’t seen anything like a comprehensive plan for enabling the uninsured to get tested, assuming we ever get our testing capabilities up to standards. See 5 million Texans lack health insurance. Here’s how that complicates the coronavirus response in today’s Texas Tribune.

The good news is that this virus seems not to be dangerous to healthy children and adults under age 60. The fatality rate for elderly Covid-19 patients in China was over 20 percent, however. If you have any health issues such as heart disease or diabetes, take great care. 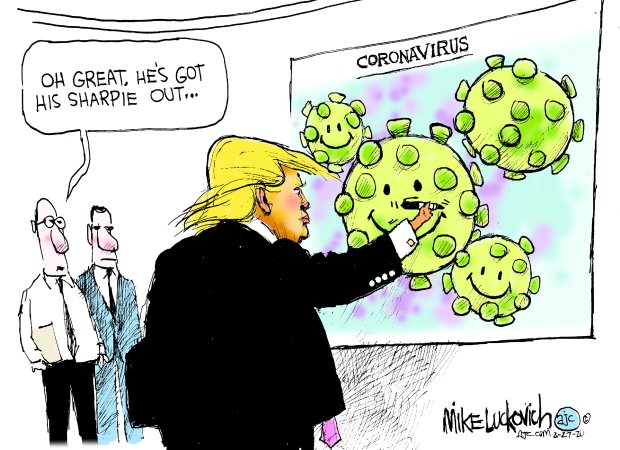 I just voted for Bernie Sanders in the Missouri primary, so he’ll get one vote, at least.

I’m going to go out on a limb and predict that if Joe Biden sweeps today’s primaires as predicted, Bernie Sanders will not stay in the race much longer. He’ll stick around for the last debate on March 15, but if there isn’t some sign that voting patterns can turn around, there’s not much point in going on. And the rest of the March primaries are not in friendly territory for him.

Of course, there’s always a chance Sanders will do better than expected today and the rest of March. He might decide to keep going to the end of April, as some big northeastern states (New York, Pennsylvania, Connecticut) are voting then, but he lost those states in 2016 (Connecticut only by a hair, but it was still a loss). If the young folks continue to not bother to vote, however, for all practical purposes the nomination will be decided very soon, and the nominee will be Joe Biden, like it or not. I am not at all happy about that, but it has to be said that so far Biden is showing deep strength with African American and suburban voters, which are the two most critical groups for a Dem victory in November. And as long as Gen Z and younger millennial voters can’t be counted on to show up, they don’t get a say.

In 2016 Sanders wasn’t completely out of it mathematically (not counting superdelegates) until after the California primary in June. After losing California he knew he had no shot at the nomination, but he wanted his people to have a say in the party platform and waited to concede until after the first ballot. If the Democrats offer Sanders a role in the convention and a say in the platform, he might not hang on to the end this time but shift to campaigning against Trump on Biden’s behalf. Sanders’s devotees will go nuts, but Sanders himself is, shall we say, more mature. 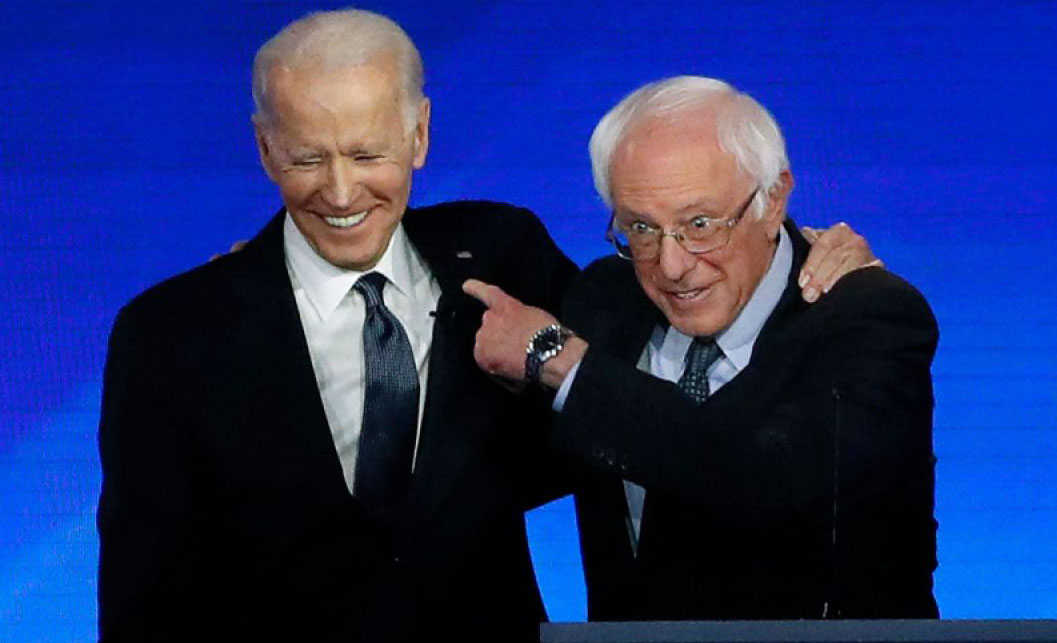