But this morning I noticed an article at The Intercept titled “As Teddy Roosevelt’s Statue Falls, Let’s Remember How Truly Dark His History Was.” And while the article itself is based, sort of, on facts, it amounts to cherry picking to make TR a forerunner of the Third Reich. Seriously. The article links TR to Hitler.

Yes, TR had backward ideas about race. During his lifetime there may have been ten white men on the planet who didn’t have backward ideas about race, but I’m probably being generous. Yes, TR said some really ignorant things about Native Americans. But he was also one of — and I would argue the principal — founders of American Progressivism. His ideas profoundly shaped the early Progressive movement in the U.S. and had a big influence on his distant counsin, Franklin, who is often idealized today but who was not perfect, either.

So how do we reconcile this?

First, I think we must always resist the urge to turn historical figures into archetypes of good or evil. They were human beings, with virtues and flaws, stuck in the conformities of whatever time period they were born into. As we are, also. We can have no idea what we of our time might be doing or thinking now that our distant descendents will look at with horror. But there must be something. There always is.

Last Sunday I gave a Zoom talk to some zennies on the subject of Zen history that touched on history in general. (You can see it on YouTube, although I don’t necessarily recommend it. I’m not a speaker and stumbled around a lot. Eventually I’ll post the text of the talk somewhere. The talk begins about 30 minutes in, I’m told.)

One of my themes is that it’s important to be honest about history, because history never really goes away. The way any group, such as a nation, understands its history is inextricably woven into how the group understands its present and itself. Our history is a big part of our group identity. For this reason it’s important to get history right, or it can screw up the present.

One of the reasons I’m all in favor of getting rid of Confederate monuments, especially those that don’t mark the place of any real historical event, is that they were erected as part of an effort to whitewash and romanticize what the Confederacy was about. This is from the prepared talk:

Right now in the United States we’re having a struggle over relatively recent history. The American Civil War ended 155 years ago, not in 437 BC, and there are vast archives of records documenting exactly what happened. Yet we can’t agree on how that history is told.

In spite of all the memes on social media that complain about people living in the past, the truth is that even though the war is long over, the history of it is very much part of the collective meta-box Americans live in. Much of the standard history of slavery, the Civil War, Reconstruction, and the Jim Crow era that followed, and the way that history was taught in American schools for more than a century, was crafted by southern scholars who were Confederate apologists.  And these apologists did a bang-up job of  indoctrinating generations of American students into a whitewashed and highly romanticized perspective of that part of our history. In other words, thanks to the way this part of our story is told, we have avoided confronting and atoning for slavery all these years.

The facts of this history cannot be disputed. The people who pushed the South into secession were very open in their letters, speeches, and official documents that their primary objective was to maintain a white supremacist culture and the institution of slavery. That’s what they were all about. There is copious documentation for this. Yet that plain fact was not being taught in schools when I was a student, and I don’t know how much it’s being taught now.

So in much of American popular culture, which is the place where we tell our stories about who we think we are and what we think America should be, the Confederacy was about dashing and noble gentlemen warriors fighting for some fuzzy idea of states’ rights or even liberty, not about wealthy slave owners desperate to maintain their wealth and status as lords of a system that was worse than feudalism.

Newer generations of academic historians to this day are working to counter the pro-Confederate romanticism  still embedded in American history textbooks and popular literature to tell a more honest story of the Civil War that doesn’t try to pretend it wasn’t about slavery. But I think that must be done before the nation can finally move on and live up to its own ideals of justice and equality. Until we can tell our story of our past correctly, we’re not going to get the present and future right, either.

But now we’re dealing with Theodore Roosevelt, who was born in 1858 and was therefore too young to have served in the Civil War, although he would have been a Union man, no question. I agree with this passage by the editorial board of the New York Daily News.

Roosevelt was a bold, brilliant, complicated man. Even if we try to reduce his entire legacy into a racial one, it isn’t simple. He believed blacks were inferior to whites, whom he dubbed “the forward race.” He was painfully cautious on civil rights. He was also the first president to invite an African-American to dine at the White House, a decision that met with furious blowback.

But to define a man born in 1858 solely by how many drops of racism were in his blood is to fall prey to arrogant myopia. TR was the father of the conservation movement; as president, he crucially set aside 230 million acres of public land. He won the Nobel Peace Prize. He busted trusts. He built the Panama Canal.

A great deal of TR’s ideas about economic policy would line up with what progressives want today. He wanted to use the power of government to control the predatory nature of capitalism and level playing fields.

But as a Harvard-educated scion of old Dutch stock, Roosevelt had no illusions about his own class either. He saw how the industrialists and financiers of the Gilded Age had corrupted American politics; purchased presidents and Congresses, and plundered the country’s natural resources. Even worse, as far as Roosevelt was concerned, was the way the robber barons sought to perpetuate their rule–through complex combinations of trusts and monopolies, and the creation of an American aristocracy.

Roosevelt believed in opportunity. It angered him to see the sons of coal miners, hauled from school to work in the breakers, losing a chance to make something of themselves while the sons of the corrupters on Park Ave. bought yachts the size of cruisers, or hung diamond collars on their dogs.

TR would have absolutely hated the Trumps with a white-hot passion. If he were with us now he’d be rounding up the Rough Riders to turn the bounders out of the White House.

Let us recall that TR also said this:

The President is merely the most important among a large number of public servants. He should be supported or opposed exactly to the degree which is warranted by his good conduct or bad conduct, his efficiency or inefficiency in rendering loyal, able, and disinterested service to the Nation as a whole.

To announce that there must be no criticism of the President, or that we are to stand by the President, right or wrong, is not only unpatriotic and servile, but is morally treasonable to the American public. Nothing but the truth should be spoken about him or any one else. But it is even more important to tell the truth, pleasant or unpleasant, about him than about any one else.  T. Roosevelt, May 1918

I bring up TR’s New Nationalism speech from time to time, because there is so much in it that we still need to address. It ought to be taught in school. It’s still radical enough that a few years ago Glenn Beck was waving it around and calling TR a socialist.

The absence of effective State, and, especially, national, restraint upon unfair money-getting has tended to create a small class of enormously wealthy and economically powerful men, whose chief object is to hold and increase their power. The prime need to is to change the conditions which enable these men to accumulate power which it is not for the general welfare that they should hold or exercise.

Really, just read the whole thing, if you never have.

Where TR’s record is messier is in foreign policy. But that record is sometimes made out to be worse than it was. For some reason, TR is mis-remembered in popular culture as being a promotor of American expansion and colonialism, but that is not accurate. For some reason, he gets associated with the old Manifest Destiny doctrine that was popular in the earlier Jacksonian Age, but that is not accurate, either.

That doesn’t mean his alternative ideas were perfect. He rejected Manifest Destiny in favor of expanding the Monroe Doctrine, making the U.S. the police who enforced U.S. interests in the Western Hemisphere. Over time we’ve seen that U.S. interference in South American politics and governments seriously did not turn out well.

TR gets blamed for a lot of things that happened in William McKinley’s first term, which TR was not part of. TR was not involved in the Treaty of Paris, which expanded U.S. territory to include Puerto Rico, Guam, and the Philippines, and made Cuba a protectorate. The Philippines did not want to be a U.S. territory, an issue that led to the disgraceful and bloody Philippine-U.S. War. The worst part of this occurred while TR was governor of New York, not president. TR became president in September 1901 after McKinley’s assasination. TR ended the conflict with a cease-fire and general amnesty in July 1902. TR did want to increase the prestige and influence of the U.S. in the world, but he wasn’t really into colonial expansion. (Yes, he volunteered to fight in the Spanish-American war; I assume he believed, as many did at the time, that Spain blew up the Maine.)

TR got the Nobel Peace Prize for negotiating a peace treaty that ended the Russo-Japanese War. I touched on that briefly in The Circle of the Way. The Japanese requested that TR mediate the neogitiations, which says something about his reputation in the world at the time.

Anyway, in the end, there was some good, there was some bad. He was a complicated man. He was a man of his times. The U.S. we live in now would be a vastly different — and worse off, IMO — place today if TR had never lived. Yes, there is a lot about him that hasn’t aged well, so to speak, but he’s still regarded as one of the top five presidents in most of the presidential rankings list.

TR would have hated Hitler, too, I’m sure. 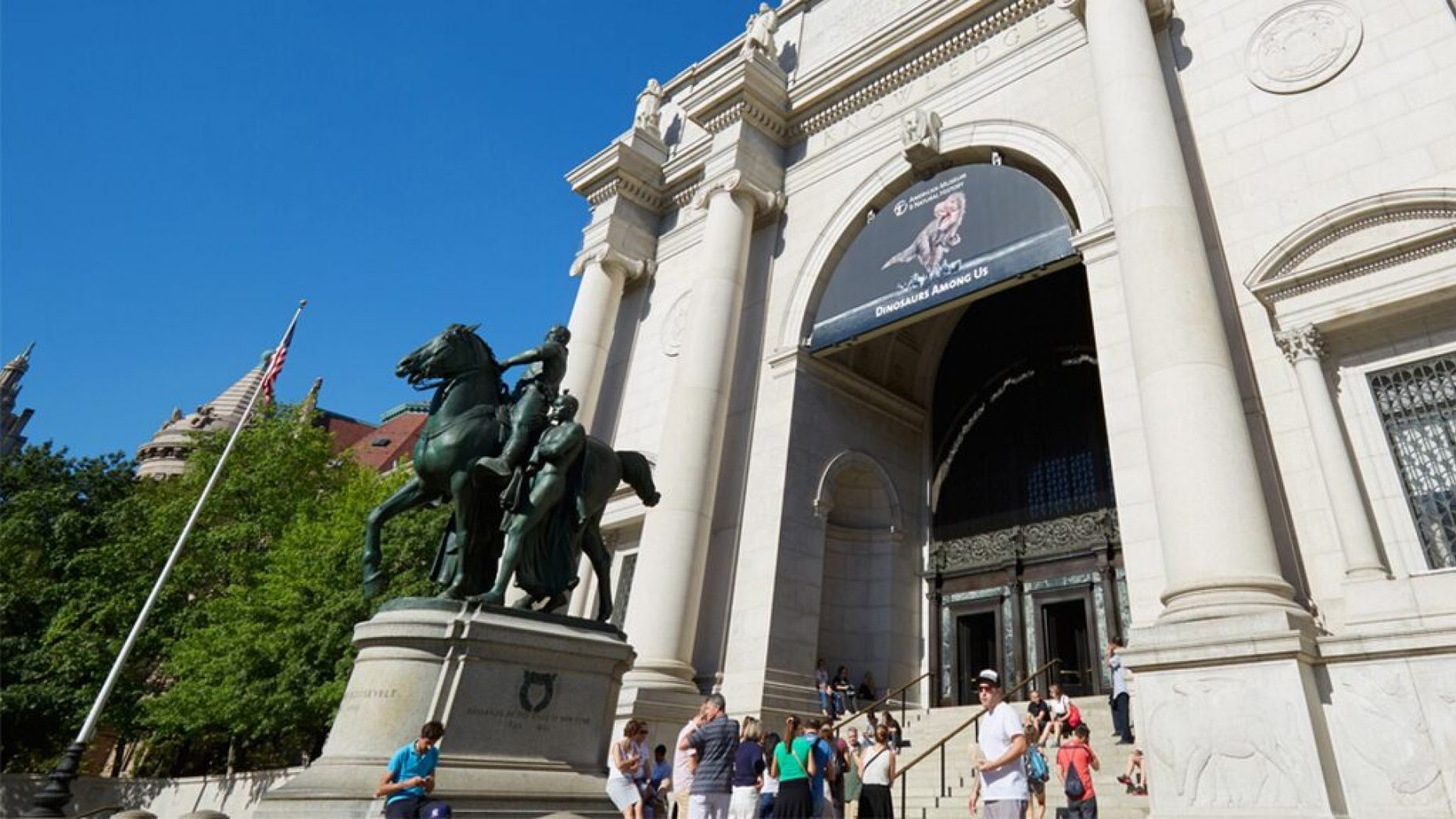