Today is the day Senate Republicans will block debate on the voting rights bill so that it cannot be voted on and become law. I don’t think this has happened yet as I write this, but there is no question it will happen.

Yesterday Kyrsten Sinema published an op ed in the Washington Post argung that preserving the filibuster/60 vote cloture rule is more important than voting rights or the environment or anything else. Well, that’s not her argument, but that’s what her argument boils down to.

We cannot end the 60-vote cloture rule, she says, because even if end it to protect democracy, some future majority in Congress might be able to pass bad legislation that ends democracy over the objections of a minority. But as Greg Sargent’s points out, that’s already happening in the states. “In short, the rules of political competition are already being rewritten by one party all over the country, with an eye toward entrenching partisan advantage and minority rule,” he writes.

I had been thinking that Sinema is like someone whose house is burning down but who doesn’t call the fire department because water hoses might damage the furniture. But maybe she’s more like someone whose house is burning down and she rushes in to save the house keys. If the house burns down, nobody needs the keys. If we can’t stop the takeover of democracy in the states, in years to come nobody is going to care about the damn filibuster.

Sinema wrote in her op ed:

“To those who want to eliminate the legislative filibuster to expand health-care access or retirement benefits: Would it be good for our country if we did, only to later see that legislation replaced by legislation dividing Medicaid into block grants, slashing earned Social Security and Medicare benefits, or defunding women’s reproductive health services?”

See Jonathan Chait, Kyrsten Sinema’s Filibuster Defense Is Factually Untrue. Chait points out that a Republican majority in Congress could bypass the 60-vote cloture and pass most such legislation — Social Security is an exception — through budget reconciliation already. The only thing that has stopped Republicans from making the rest of those changes when they’ve had the majority is that those programs are very popular, and touching them is a serious political risk. Chait continues,

The federal government is filled with functions that the modern version of the Republican Party would never agree to create. The 1970 Clean Air Act, creating the Environmental Protection Agency, passed both chambers by a cumulative vote of 447-1, an unimaginable outcome today. And yet those programs and agencies generally earn broad public support and prove impossible to uproot.

A system in which both parties can advance their popular beliefs when they have control of government therefore benefits Democrats disproportionately. Republicans may have some measures they could pass in the absence of a filibuster but not otherwise, yet over the long run, Democrats have far more. That is why, when they controlled government, Republicans frankly confessed that filibuster was “what’s prevented our country for decades from sliding toward liberalism.”

If Republicans have policies they can pass with majorities in both chambers, then they should pass them. If those policies attract broad public legitimacy, they will stay in place. If they are as repellant as Sinema fears, they will be repealed when Democrats have their turn in power. There’s simply no reason why preventing Republicans from trying out their preferred policies is so vital that it justifies handicapping Democrats in the same fashion.

So while it’s true both parties have used the filibuster to block the other party, in effect the rule has hurt Democrats far more than Republicans and has been used to block needed law much more than to block bad law. Instead of eliminating the rule, sinema wants people to “change their behavior.” What incentive is there for Republicans to do that? The rule works great for them as it is.

But this seems too obvious. Why can’t Sinema see this? Is she stupid or corrupt? Could be both, I suppose. 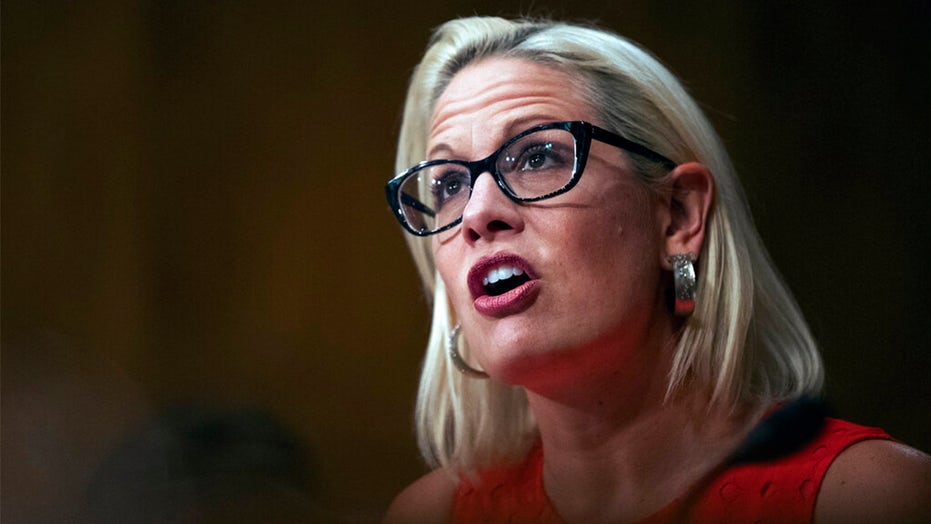 6 thoughts on “Kyrsten Sinema vs. Reality”