In our last episode of Infrastructure Kabuki, President Biden had committed to tying the fate of the piddly little bipartisan infrastructure bill to the much more robust reconciliation infrastructure bill. This gave hope to many progressives that Dems weren’t going to be hosed again and forced to give up legislature they consider essential in order to placate Republicans and blue dogs, who will then end up hosing them again anyway.

Republicans then put on their best fake outrage faces and hollered about being double crossed (because their plan to double cross Dems had been stymied). The beltway press mostly went along with the Republicans and reported their Kabuki drama as real news. Josh Marshall wrote on Sunday:

We started with Biden stating openly what all the parties to the proposed bipartisan legislation know, which is that for Democrats it’s a package deal. Democrats know that. Republicans know that. The reporters know that. And yet the same folks have decided to take the feigned Republican freakout entirely at face value regardless. Politico of all places was closer to the mark on Friday when they noted that it took a day for Republicans to realize they were upset and what about.

And it’s actually accelerated over the weekend.

Yesterday the conventional wisdom among DC reporters was that yes this was all known. But Biden stated it too openly. So it was excessive candor that upset a fragile bipartisan coalition rather than any change of strategy or position. But hear Annie Linskey in the Post last night: “President Biden on Saturday reversed a stand he had taken forcefully just two days earlier …” The weekend clarification statement has now gone from being a fuzzy and ambiguous statement muddying up linkage to an abject surrender after a forceful assertion of a new policy.

Biden, responding to press questions after signing off on a bipartisan infrastructure agreement reached with ten senators, explained that it was just one half of an agenda that also included a separate public-investment bill, the American Families Plan, which included spending on education, welfare benefits, the care economy, and more. Both halves would “move through the legislative process promptly and in tandem,” Biden said. He then added that if the two bills didn’t arrive at his desk, he wouldn’t move forward with just the bipartisan measure. “If this is the only thing that comes to me, I’m not signing it,” he concluded.

Washington, or at least the part of Washington wired for Republicans, went berserk. It was called “extortion,” and a “double cross.” Sen. Lindsey Graham (R-SC) left the bipartisan gang in a huff, and Sen. Jerry Moran (R-KS) tried to get moderate Democrats to sabotage the reconciliation bill.

The caterwaul led the White House to walk back the statement, although careful perusal doesn’t show all that much walking back. Biden said in a statement that it was “certainly not my intent” to give the impression that he was threatening to veto the bipartisan bill absent a follow-up. But he added that he would still move forward with a second bill under budget reconciliation. “Our bipartisan agreement does not preclude Republicans from attempting to defeat my Families Plan,” Biden said; “likewise, they should have no objections to my devoted efforts to pass that Families Plan and other proposals in tandem.”

In other words, Biden is saying yes, he will still pursue a second bill, and Republicans can go ahead and try to stop it, even though they don’t have the votes, since reconciliation bills can go forward with a bare majority in the Senate. GOP members of the bipartisan gang appeared satisfied with this take on the Sunday shows, even though it’s not all that different from what Biden said extemporaneously at the press conference.

The usual bullshit. But whatever President Biden might have said, Nancy Pelosi has vowed the bipartisan bill doesn’t get voted on in the House before the reconciliation bill passes in the Senate. And none of this could possibly have been news to anybody inside the Beltway. I was writing here about the two bills being tied together at least ten days ago.

Note that neither bill is a bill yet; they’re both just frameworks at the moment.

Today, Mitch McConnell (in the Kabuki role of Aragoto) is still working the refs to get the two proposed bills decoupled. Mitch has assigned himself the role of arbiter of what’s proper and what’s not among Democrats, and he is demanding that Democrats in Congress drop the reconciliation bill. Kate Riga writes at TPM:

Senate Minority Leader Mitch McConnell (R-KY) insisted Monday that Democratic leadership drop its so-far effective strategy to link the bipartisan and reconciliation infrastructure bills, to make it easier for him to extract a win on the former and watch the latter die. …

… “Unless Leader Schumer and Speaker Pelosi walk-back their threats that they will refuse to send the president a bipartisan infrastructure bill unless they also separately pass trillions of dollars for unrelated tax hikes, wasteful spending, and Green New Deal socialism, then President Biden’s walk-back of his veto threat would be a hollow gesture,” McConnell wrote in his Monday statement.

Yeah, how dare Democrats set their own agenda! The nerve! Paul Waldman:

Senate Minority Leader Mitch McConnell (R-Ky.) declared on Monday that to win Republican support for the bipartisan infrastructure bill being negotiated in the Senate, Democratic leaders must renounce any plans to pass a partisan bill via the reconciliation process, one that would go further to “human infrastructure” needs such as pre-K and elder care. …

… But here’s the crazy part: McConnell is telling Biden what he can and can’t do to pass the very bipartisan bill that McConnell will filibuster to defeat. It’s like the Yankees manager running on the field to tell the Red Sox pitcher he’s not allowed to throw curveballs or sliders.

Given that McConnell will not only vote against the bipartisan bill himself but will do everything in his power to kill it, who cares what he thinks?

Mitch’s preferred scenario is for neither bill to ever become law, of course.

Related news: It was a bleeping 112 degrees on Portland, Oregon, yesterday. The heat in Eugene was so bad the Olympic track and field trials were suspended several hours. Note that one of the major differences between the bipartian infrastructure bill and the reconciliation bill is that the bipartisan committee refused to consider any climate change mitigation measures as part of “infrastructure.” See 6 crucial climate actions the Senate left out of its infrastructure deal. Republicans (and Dem “moderates”) aren’t going to lift a finger to stop climate change until it affects them personally, and then they’ll blame progressives for not fixing it sooner. 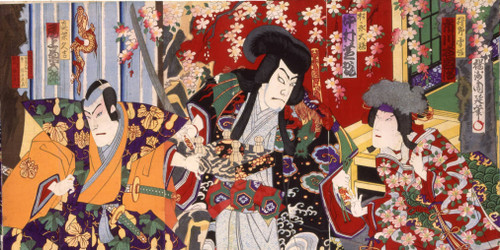