The growing Delta variant hotspots in red states like Missouri are worrisome. And the question is, what can be done? I don’t know. I’m not sure anything can be done.

Their “caution” feels almost neurotic, based on little more than the thrill of contrarianism. The “I’m so unique and different” of it all. They seem to want, more than anything else, to show that they’re smarter than the average bear. Like the pompous hipster who says, “You wouldn’t even know the bands I listen to.”

There are those who refuse the vaccine simply because they do not like the current administration. This, I believe, to be little more than pouting, a child holding his breath in the grocery store as a protest for not getting a cookie before checkout.

It was only a matter of time until Donald Trump converted the debate over covid-19 vaccines into an occasion for his supporters to show their loyalty to him — and even worse, to the “big lie” that his 2020 loss was illegitimate.

There you have it: Trump is telling his supporters that they are correct not to trust the federal government on vaccines, because this sentiment should flow naturally from their suspicion that the election was stolen from him. Expressing the former has been magically transformed into a way to show fealty to the latter.

Could loyalty to Trump override concern for oneself and one’s family? Sure it could. And it is. I have no doubt.

Also, the avoiders are really big on describing vaccination as a personal decision that isn’t anybody else’s business. Except that their personal decisions in aggregate are keeping the pandemic going. They refuse to consider that their decisions impact other people, and if the pandemic keeps going, they probably think that’s Dr. Fauci’s fault. See, for example, the argument that broke out on Fox News over masks —

Doocy: 99% of people who are dying are unvaccinated

Doocy: They don’t want to die. The admin and gov’t says mask mandates are to protect the unvaccinated

Brian Kilmeade thinks people are “choosing” to die? He also insists that “it’s not their [the government’s] job to protect anybody,” which was news to me. Seat belts? Drug safety regulations? Air traffic controllers? Whatever. Kilmeade also doesn’t want to be judged for his decisions, and he doesn’t want anyone else to interfere with how he wants to live his life by making him comply with covid recommendations. Which is kind of rich, since keeping the pandemic going is interfering with all of our lives.

We really could be sailing through this summer with covid mostly behind us, were it not for them. Now we’re going to be very lucky if more, and worse, variants don’t develop. I sincerely wonder if the only thing that would motivate these people to get vaccinated is to step up and say that vaccines are being reserved for reigstered Democrats and no one else can have them. Reverse psychology. It sometimes works on children to get them to eat vegetables (“Oh, that? I made the vegetables jusr for the grown ups. I didn’t think you’d want any.”).

See also Sam Baker, “A Pandemic of the Unvaccinated,” at Axios and Jennifer Rubin, “We’re becoming two Americas: One healthy, one deliberately at risk” at WaPo.

If there were consquences (other than death) for not getting vaccinated, such as not being allowed into stadiums or theaters, maybe people would get vaccinated. But right-wing governors have worked overtime making sure people don’t have to face those consequences. Here’s a glimmer of good news — a court has sided with Norweigian Cruise Lines against Gov. DeSantis and will allow Norweigian to restrict cruises only to vaccinated people.

In other news, Mike Pence’s presidential aspirations are flatlining, which is no surprise whatsoever. 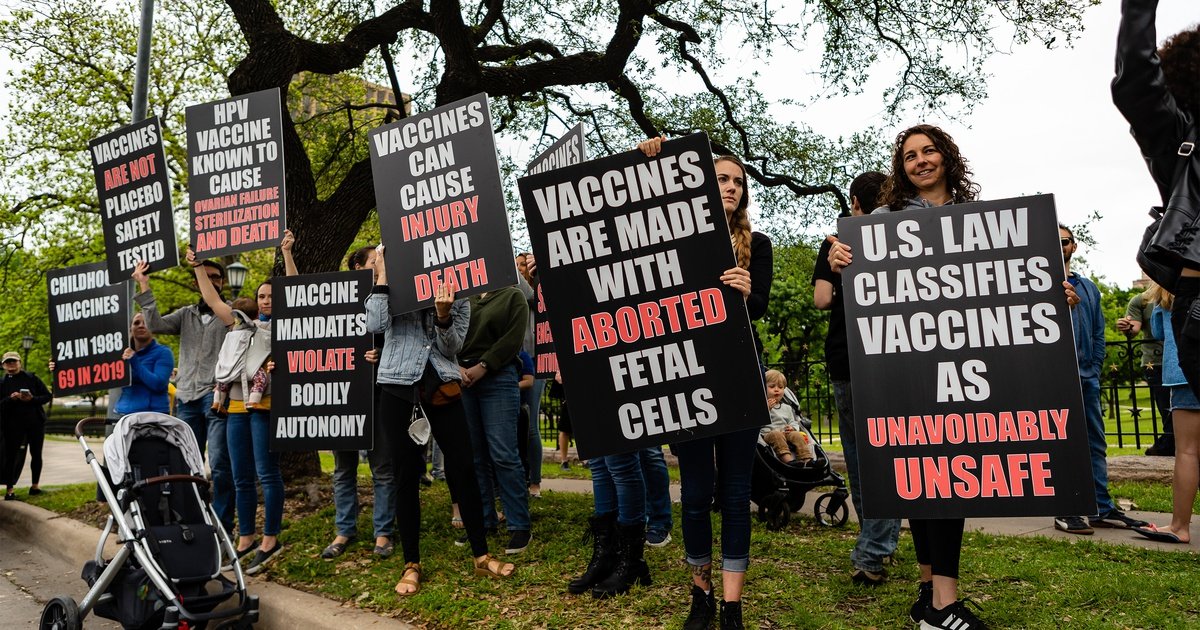 23 thoughts on “What Will We Do About the Unvaccinated?”