Facebook is offline. And when I noticed this, my first impulse was to post to Facebook about it. Hmm. I understand this is a global problem — although I can’t tell from news stories whether it’s offline for all users or some users — and it also affects other Facebook apps like WhatsApp and Instagram. The DNS management system Cloudflare says that FB’s Facebook’s border gateway protocol routes have been “withdrawn from the Internet,” whatever that means.

It possibly wasn’t a hack.

Two Facebook security team members, who spoke on condition of anonymity because they were not authorized to speak publicly, said it was unlikely that a cyberattack caused the issues. That’s because the technology behind the apps was still different enough that one hack was not likely to affect all of them at once.

This happened the day after FB was featured on 60 Minutes in an interview with a former employee who left with boxes of documents she has shared with the Securities and Exchange Commission and which were leaked to a lot of news outlets. The former employee claims the platform’s ranking algorithm amplifies “angry” content, contrary to what FB claims to be doing with its content. She also said Facebook turned off safeguards designed to tamp down misinformation and inflammatory speech after Joe Biden defeated Donald Trump in last year’s US elections, and that this was done purely to ramp up traffic and make more money.

See also Kevin Roose, Facebook Is Weaker Than We Knew, at The New York Times.

Not financial trouble, or legal trouble, or even senators-yelling-at-Mark-Zuckerberg trouble. What I’m talking about is a kind of slow, steady decline that anyone who has ever seen a dying company up close can recognize. It’s a cloud of existential dread that hangs over an organization whose best days are behind it, influencing every managerial priority and product decision and leading to increasingly desperate attempts to find a way out. This kind of decline is not necessarily visible from the outside, but insiders see a hundred small, disquieting signs of it every day — user-hostile growth hacks, frenetic pivots, executive paranoia, the gradual attrition of talented colleagues.  …

… The documents, shared with The [Wall Street] Journal by Frances Haugen, a former Facebook product manager, reveal a company worried that it is losing power and influence, not gaining it, with its own research showing that many of its products aren’t thriving organically. Instead, it is going to increasingly extreme lengths to improve its toxic image, and to stop users from abandoning its apps in favor of more compelling alternatives.

Mark Zuckerberg might want to consider cashing out now, while the cashing out is good, rather than wait until the company’s value begins to deflate.

This whole thing with algorithms needs more examination, although not by me, as I am not a technogeeky sort of person. During my time writing for About dot com I learned how much Google algorithms can make or break web traffic and commerce, and Google is perpetually tweaking its algorithms to benefit itself at the expense of others. Maybe some kind of regulation is in order, although possibly by some independent commission and not the government itself. 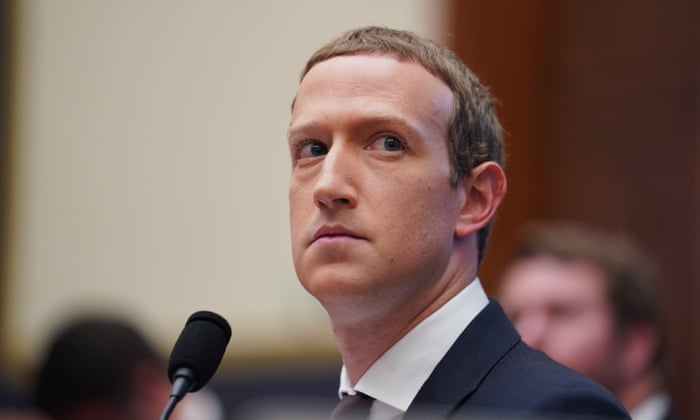