After a lot of meetings yesterday, reportedly including one-on-ones with Manchinema, President Biden told Dems yesterday that the Build Back Better reconciliation bill would have to be cut back to something in the neighborhood of $1.75 trillion to $1.9 trillion. And then today David Corn reported that Manchin is planning to leave the Democratic party if he doesn’t get his way on the bill. David Corn isn’t always reliable, but the possibility of jumping parties has been the trump card Manchin is presumed to be keeping up his sleeve.

So that’s probably it. Game over, for now. 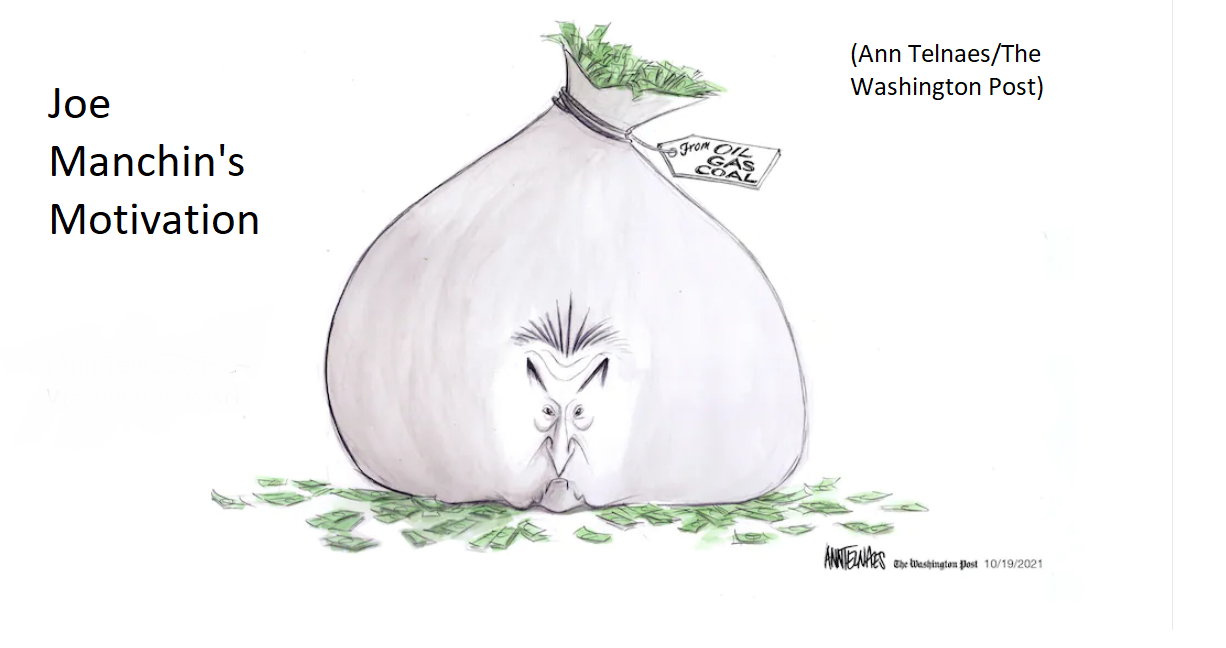