I take it that the political pundits figured out that Democrats don’t do well with rural voters. Over the weekend I saw several analyses commenting on the Democrat rural vote deficit. For example:

And on and on. Google “democrats rural voters” and you get many, many recent hits.

This is something I’ve been complaining about on this blog for all the nearly twenty years I’ve been writing this blog. In most of the rural U.S., the only messaging anyone ever hears is Republican messaging. The only points of view people are exposed to are right-wing points of view. Democratic and progressive ideas and positions are not ignored; they are silent and invisible.

And this has been going on for a long time. This is a trend that began during the Reagan Administration, if not earlier. And as people old enough to remember Franklin Roosevelt and Harry Truman have died off, those areas have gotten redder and redder.

Exactly how this happened would take a book to analyze, but the ending of the Fairness Doctrine and the rise of right-wing talk radio have a lot to do with it. The erosion of Union membership also impacts many areas, such as coal mining communities, and is causing rust belt communities to get redder also. Unions were a major disseminator of Democratic Party perspectives back in the day.

Before that, a whole lot of white working-class people abandoned the Democrats because of their support for racial equality, especially Lyndon Johnson’s Great Society and corrective policies such as Affirmative Action. Rural areas especially do tend to be homogeneously white.

And, of course, rural areas tend to be culturally conservative, which is another big reason for the rural voter gap. For more, see How the Democrats Lost, Period, from 2006.

Democrats argue, rightly, that working-class conservatives who vote for Republicans are voting against their own interests. Get this bit from Dan Balz in WaPo:

Dee Davis, president of the Center for Rural Strategies, headquartered in Whitesburg, Ky., said Trump gave rural voters a greater sense of pride in themselves and their communities at a time when their livelihoods, whether through coal mining or family farming, were being threatened — and as some coastal Democrats seemed to be disrespecting them.

“He wasn’t going to bring the coal jobs back, but he elevated them,” Davis said of Trump. “We’ve brought energy and food [to the nation] and served in the wars. Rural people always felt they were in service to the rest of the country, and now there’s a cultural chasm. .?.?. What the Democrats have a hard time understanding is that politics are cultural and not logical. It’s going to take more than a white paper to reverse what’s going on.”

I’d be willing to bet money that if you surveyed people in coal minining areas, current and former, and asked whether coal jobs went up or down during the Trump administration, people would tell you those jobs increased. Maybe not in their communities, but somewhere. Of course, the truth is something else.

In 2016, Republican presidential candidate Donald Trump made a promise to coal miners at a rally in West Virginia. “For those miners, get ready because you’re going to be working your asses off,” he told them, wearing a white hard hat. “We’ll be winning, winning, winning.”

After four years of the Trump administration, coal has been losing, losing, losing. Not that Trump can take the blame (or the credit). Dismal economics have been inexorably displacing coal as the fuel of choice in the US and around the world. Trump made some attempts to stop the bleeding—easing air pollution laws and propping up ailing plants—and in 2017, falsely claimed those efforts were working. “We are putting the coal miners back to work, just as I promised,” he said.

But, the data tell a different story. The number of people employed by the coal mining industry has fallen 15% since Trump took office in January 2017. Despite job losses that temporarily stabilized during his years in office, according to US Bureau of Labor Statistics Data, the trend is continuing. Jobs did not increase, unhelped by Trump’s trade wars and unsuccessful efforts to use the Defense Production Act to prop up coal plants, before the pandemic curtailed coal demand and employment.

So, Trump didn’t do squat for coal mining communities, but he made them feel better about themselves, and they voted for him in 2020. Trump got the farm vote also, even though his trade war with China hurt farmers a lot more than help them, but most of them stood by Trump. This was partly because Democrats never came up with a simple, unified message about the trade war and farmers. Individual Dems were all over the map, and trade is a complex issue. Of course, part of the problem with Democrats promising that we’ll do this, this, and this for you is that there is always a Joe Manchin getting in the way. Democrats need to deliver.

But it seems to me that the first thing Democrats need to do is form some policies regarding farmers and coal miners and other rural folk, and then individual Dem politicians need to get behind those policies. Work up some simple messaging that all Dems can repeat, repeat, repeat. Then buy television ads presenting that messaging, because otherwise it will never be heard by the intended audience. And repeat that over the next few years. I don’t know what else to do. And, whenever Democrats can, they have to deliver something to rural voters. Maybe more rural hospitals, maybe programs to bring new industries to replace coal jobs. Something.

In other red-versus-vlue news, the gap in covid deaths between Republicans and Democrats continues to grow.

The brief version: The gap in Covid’s death toll between red and blue America has grown faster over the past month than at any previous point.

In October, 25 out of every 100,000 residents of heavily Trump counties died from Covid, more than three times higher than the rate in heavily Biden counties (7.8 per 100,000). October was the fifth consecutive month that the percentage gap between the death rates in Trump counties and Biden counties widened.

Some conservative writers have tried to claim that the gap may stem from regional differences in weather or age, but those arguments fall apart under scrutiny. (If weather or age were a major reason, the pattern would have begun to appear last year.) The true explanation is straightforward: The vaccines are remarkably effective at preventing severe Covid, and almost 40 percent of Republican adults remain unvaccinated, compared with about 10 percent of Democratic adults. 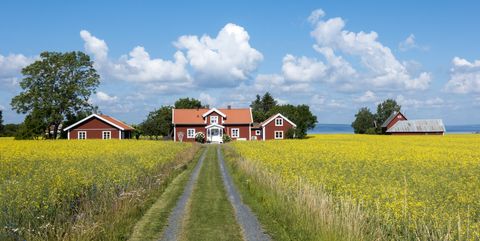