I was thinking of the old trope from a few years ago that Democrats don’t know how to talk about religion. See, for example, Do the Democrats Have a ’God Problem’? (Pew Research, 2006) and In Politics, the ‘God Gap’ Overshadows Other Differences (New York Times, 2006). See also The God Gap, Revisited (Mahablog, 2008). The theory was that if Democrats could speak as naturally and effusively about God as Republicans do, they would pick up a lot of voters. Democrats just needed to be more pious.

And then the Right got behind an areligious con man with no observable moral compass who bragged that he never asked God for forgiveness and can’t even site Bible verses correctly.

Much commentary of this remark assumes Flynn meant Christianity would be the “one religion.” I haven’t seen a transcript of Flynn’s entire remarks, and I don’t know if he referenced Christianity specifically. Also, nothing in Flynn’s online biographies suggests he is all that religious.

He was speaking at a QAnon rally; QAnoners in the past have accused Flynn of worshiping Satan. Perhaps Flynn was just trying to assure people he does not. And I don’t know why the QAnoners would have picked on Trump-supporting Flynn to be in league with Satan. QAnoners are not famous for logic, whether internal or external.

Flynn’s utterly unconstitutional suggestion also smacks of authoritarianism. Throughouth most of human history governments have assumed power by claiming a connection to divine authority of some sort — i.e., the Chinese tianming, or mandate of heaven; the European “divine right of kings.” In the West, democracy didn’t become possible until philosophers began to challenge the assumption of a divine mandate for monarchs. Genuine democracy, government of the people, can’t very well happen if the government speaks for God.

In the 20th century, totalitarian governments lurched away from theocracy and, instead, claimed control over religious institutions or banned religious instutitons outright (see: Mao Zedong, Cultural Revolution). Today, churches or temples in China that wish to remain open must be subservient to government authority. The Chinese Communist Party can censor sermons, decide which rituals can be performed, regulate the publication and distribution of Bibles, appoint Catholic bishops, and identify reborn lamas. The Third Reich came to power in Germany in part by reassuring Christians the Reich was pro-Christian, but in truth ministers who did not support the Führer (i.e., Dietrich Bonhoeffer, Martin Niemöller) tended to come to a bad end. And no, Hitler was not a Christian. The long-term plan of the Reich, never carried out, was to destroy German Christianity.

Religious authority has power; a totalitarian state must either absorb and control that power or destroy it.

This takes us to the Christian Nationalist movement. The basic ideas behind Christian Nationalism — that Christianity must be recognized as the state religion and inform all government policies — have been with us from the beginning of the nation. What fuels its most fanatical elements is not piety, however, but a desire to maintain cultural and racial hegemony. And that’s not new, either. 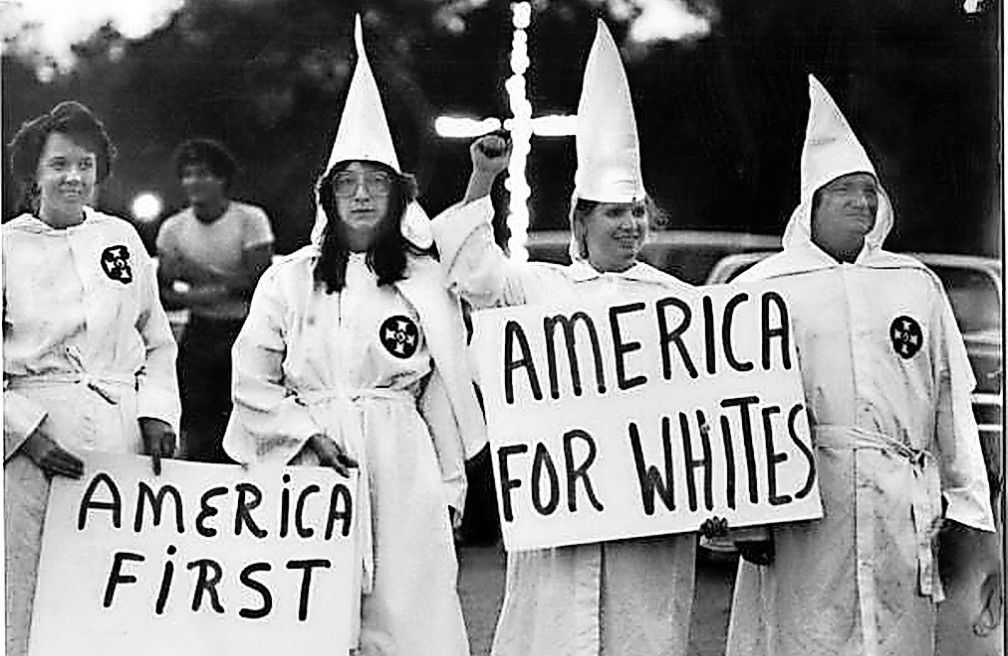 I’ve read the Gospels; Jesus didn’t say a word about white supremacy. Or abortion. Or capitalism. Or homosexual wedding cakes.

See The Growing Anti-Democratic Threat of Christian Nationalism in the U.S. by Andrew Whitehead and Samuel Perry in Time:

As a political theology that co-opts Christian narratives and symbolism, Christian nationalism has its own version of the “elect,” those chosen by God. They are “people like us,” meaning conservative Christian, but also white, natural-born citizens. Moreover, in a prosperous nation, only “the elect” should control the political process while others must be closely scrutinized, discouraged, or even denied access. This ideology is fundamentally a threat to a pluralistic, democratic society. …

… The threat of Christian nationalism is buried within the seemingly harmless language of “heritage,” “culture,” and “values.” But within this language is an implicit understanding of civic belonging and relative worth. Study after study shows Christian nationalism is strongly associated with attitudes concerning proper social hierarchies by religion, race, and nativity. These views naturally extend to whom Americans think should have the right to participate in the political process and whether everyone should have equal access to voting.

What I hope people understand is that those attitudes concerning proper social hierarchies by religion, race, and nativity are deeply ingrained social and cultural biases that are not supported by Jesus’ teaching. The problem with any religion is that  churches and temples are planted in cultures with deep and long-abiding biases, and the people who are ordained into religious institutions bring those biases with them. After a few centuries it gets hard to separate wheat from chaff, so to speak. (Maybe Jesus never explicitly said white people were superior, they think, but it’s just common sense that they are. So Jesus must have thought so, too.) And eliminating religion doesn’t get rid of the biases.

And it came to pass that many of the January 6 insurrectionists displayed Christian symbols and slogans along with political ones while they were trying to overturn democracy. 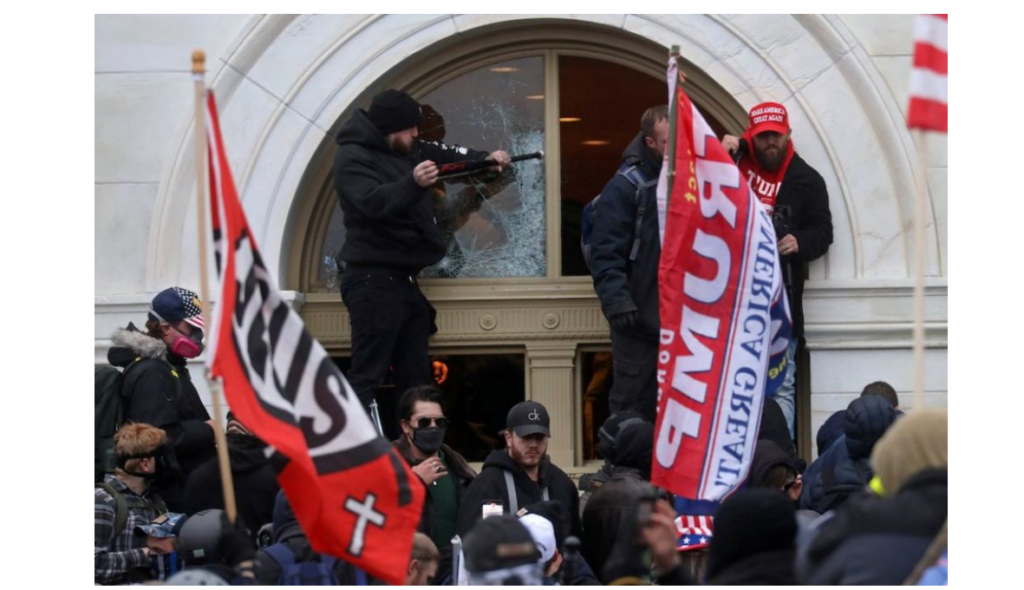 Yeah, nothing demonstrates love of Jesus and country better than breaking into the Capitol and terrorizing the lawmakers.

We now have a Democratic president who is Catholic to the hilt and speaks reverently of God as easily and naturally as he can breathe. The Republican Party, on the other hand, is now being led by the Golden Calf. See also Donald Trump and Uses and Misuses of the Bible (Ian Frazier, The New Yorker, June 2020).

What this tells me is that this God Gap thing was never about religion. It was just an extension of the Culture War, with righties presuming that Jesus was on their side. Hell, they aren’t just presuming. They are clinging frantically, with all their being, to the certainty that Jesus shares their biases.

The great theologians of Christian history would be appalled.

Update: Rittenhouse acquitted. Damn. This country won’t be safe for anybody to live in.