Give this to the Supreme Court: It did not leave us in suspense. During oral arguments on Wednesday in Dobbs v. Jackson Women’s Health Organization, five Republican-appointed justices made it abundantly clear that they are prepared to abolish the constitutional right to abortion established nearly 50 years ago in Roe v. Wade. Perhaps the most surprising aspect of the morning was how little Justices Brett Kavanaugh and Amy Coney Barrett concealed their desire to overrule Roe. While Chief Justice John Roberts fruitlessly sought out a compromise, Kavanaugh and Barrett showed their cards: Both justices believe the court has an obligation to let states (or Congress) decide the abortion question. Neither showed any appetite for incremental steps or half-measures. They are eager to greenlight complete bans on all forms of abortion at every stage of pregnancy. And they are ready to do it now.

Regarding the Mississippi case, I wrote a few months ago,

Dobbs simply puts a gestational limit on elective abortion at 15 weeks. The Roe v. Wade guidelines allow states to ban elective abortions, but not before the gestational age at which a fetus might be viable (then as now, 23 weeks). After that, the states must provide exceptions for “life and health of the mother,” and physicians had some discretion about what that meant.

There is a little fudging in the medical literature about the 23-week threshold for viability, but 15 weeks is way outside fudging range. As I understand it, if the Court allows the 15-week limit to stand, Roe is overturned. And if Roe is overturned, a whole lot of states will ban all or most abortions overnight. It may be that the justices could uphold the 15-week ban but include language in their decisions that salvages some parts of Roe, but I wouldn’t expect them to do that.

SCOTUS doesn’t necessarily have to specifically proclaim that Roe is overturned. The Roe decision argued that the state’s interest in protecting a fetus doesn’t begin until the fetus reaches a gestational age at which it might survive outside the womb. Then as now, this is generally considered to be after 24 weeks. And, of course, Roe gives physicians broad discretion to terminate pregnancies after that time to preserve “the life and health of the mother.” If states can reset the point at which elective abortions can be banned at any point in pregnancy, Roe is effectively overturned even if nobody says so. And right-wing politicians of late have shown they don’t give a hoo-haw about the life and health of the mother and are perfectly happy to let women die in the name of “life.”

Kavanaugh, Barrett, Alito, and Thomas, IMO, are nothing but right-wing political hacks; Gorsuch and Roberts aren’t much of an improvement. I’m giving Gorsuch a bit of a break only because of McGirt v. Oklahoma. Roberts is no friend of abortion rights, but he seems to understand that striking down Roe v. Wade would stir up a backlash that could damage the Court and the Republican Party.

Mark Joseph Stern wrote that Roberts repeatedly argued that the Court might simply allow states more flexibility to determine when elective abortions could be banned but leave in place some constitutional protection for abortion. Stern continued,

But Roberts had no takers. This fact became clear when Kavanaugh asked Mississippi Solicitor General Scott Stewart an absurd question: “To be clear, you’re not arguing that the court somehow has the authority to itself prohibit abortion?” Of course, no partyasked SCOTUS to ban abortion, and few seriously claim that the Constitution disallows abortion. Asking such a ridiculous question allowed Kavanaugh to frame overruling Roe as the true compromise in a comment aimed at the public rather than anyone in the courtroom. “The Constitution’s neither pro-life or pro-choice on the question of abortion,” he said, “but leaves the issue for the people of the states or perhaps Congress to resolve in the democratic process.” He added that if Roe goes, some states “would continue to freely allow abortion.” (At points, Kavanaugh did not even pretend to frame these thoughts as a question rather than a comment.)

So, yeah, the right-wing hacks on the Court are most likely going to toss out the gestational age rule and let states do what they want.

See also Amy Coney Barrett Suggests Forced Pregnancy Is Fine Because of Adoption at Daily Beast. Ghastly. As Paul Waldman wrote today, the only question about the eventual decision is whether the Mississippi law will be upheld by five votes, or six.

Roe v. Wade is an important piece of the duct tape that holds this fractious nation together, and it would be a grievous error for the antiabortion majority on the Supreme Court to rip it away. …

… Like all of our constitutionally protected freedoms, the right to choose can be restricted, but not taken away. That has been the status quo for nearly five decades, and the nation has muddled through. But if Roe is reversed — if the court rules, as its most conservative justices have argued, that no protected right to reproductive choice exists — then the political cold war over abortion will flare immediately into a roaring blaze.

Given that the justices plan to be in recess from July through September, we’ll probably get the decision in May or June. Expect the conflagration to consume the midterm election campaigns. Most not-right-wing editorialists think the backlash will hit the Republican Party a lot harder than its members seem to anticipate now.

And do watch this segment from last night’s All In With Chris Hayes. In brief, Sen. Chris Murphy has had it with Republicans who like to praise “the sanctity of life” but won’t do anything about school shootings. “I’m at my wits end about why Republicans’ concern for life seems so limited when the choices we could make to try to protect our kids are so obvious, are so politically popular, are so possible.” 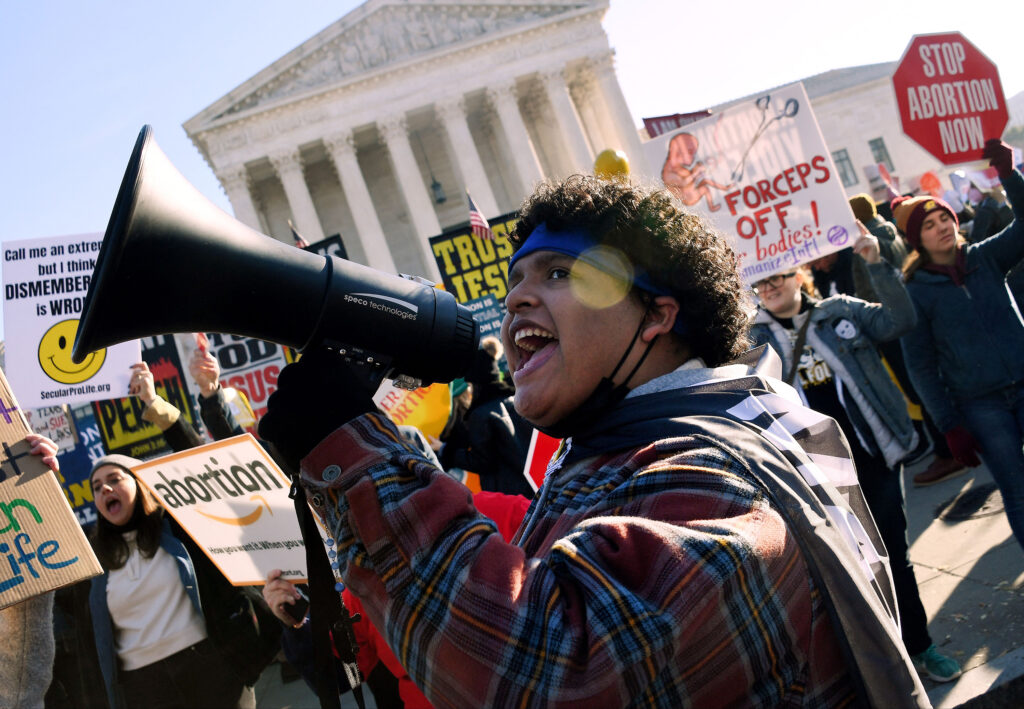