At the Philadelphia Inquirer, Will Bunch wrote, America gave up on truly educating all its kids. Then Jan. 6 happened. Coincidence?

Some background — In Pennsylvania there’s a court battle going on about whether disparities in public school funding across the state violate the state constitution.  The lawyer representing “budget-crunching GOP lawmakers” actually argued that children in poor districts don’t need the same education as in well-to-do-districts.

PA school funding lawsuit really illuminating what policy makers think of poor kids’ career potential: “What use would someone on the McDonald’s career track have for Algebra 1?”https://t.co/r4YpGh2DIw

Note that this isn’t just a black versus white disparity, but also an urban versus rural disparity. I believe the specific area being short-changed of school funding, north-central Pennsylvania, is overwhelmingly white. And a majority of voters in this area supported Trump in 2016 and 2020.

I’ll even go way out on a limb here to argue you can draw a straight line between the country’s collective decision — hardened somewhere in the late 20th century — to stop seeing education as a public good aimed at creating engaged and informed citizens but instead a pipeline for the worker drones of capitalism, and the 21st century’s civic meltdown that reached its low point nearly one year ago, in the Jan. 6 insurrection.

A word that gets thrown around a lot these days is “meritocracy.” A “meritocracy” is supposed to be a system in which the most skilled and accomplished people are put in charge of things. The problem is that we’ve created a system that gives the children of upper-income white people, especially the boys, easy access to aquiring skill and accomplishment, but puts up barriers to everyone else. This explains how so many of our political and business leaders are mediocrities with Ivy League degrees. (See “Our Decadent Aristocracy” from 2019.)

The issue of school funding is an old one. Across the nation many school systems are primarily funded by local property taxes, so obviously schools in areas with higher tax assessments are funded more generously. Attempts to make the system fairer are usually slapped down by the aristocracy, who are often able to bamboozle the poor badly educated peasants into supporting the aristocrats’ position.

I’m thinking now of New Jersey. Back in 1990 a court decided that the state must ensure that as much money would be spent educating the children of the poor as it did the children of the wealthy. To accomplish this, Gov. Jim Florio proposed a very progressive income tax increase that would have sent lots of money to schools as well as pay down the state’s debts and provide property tax relief. The graduated tax increase kicked in at $55,000 annual income, which in 1990 was equivalent to about $114,000 today. The state also added 1 percent to the sales tax.

And the whole state went crazy. I wrote about this back in 2007:

My state income taxes didn’t change at all, because my income wasn’t all that glorious. But people all around me were going nuts over the tax increase, whether it affected them or not. I saw “Dump Florio” bumper stickers on cars of people who appeared to make even less than I did. In fact, at one point a secretary where I worked was going around with a big “Dump Florio” pin on her chest, and I knew good and well she made less than I did. When I told her that her taxes weren’t going to go up, and explained to her how much one actually had to make before they did, she was dumbfounded. She’d been worried she wouldn’t have enough money left over from the new state taxes to live on.

Then what’s everyone so worked up about? she asked. You tell me, I said. You’re one of the people who is worked up; I’m not.

A “grassroots” citizens’ revolt was organized by John Budzash, a postal worker from Howell Township. Budzash was a very useful tool and got a lot of attention from media, no doubt nudged by the aristocracy. When it was pointed out to him that his own children went to schools that were to benefit from the tax increase, he still wasn’t swayed from his campaign.

A few years later, when Republican Christie Whitman became governor, she lowered the Florio income and sales taxes. But to pay for this she cut the amount of state money going to public schools, fiddled a bit with state pensions, and outsourced the New Jersey Department of Motor Vehicles to demons from the Fourth Circle of Hell. In many parts of the state property taxes had to be cranked up even more to make up the difference.

Note that Whitman didn’t just fiddle with state pension funds, she raided them to balance the budget as required by state law, setting up problems the state probably is still dealing with. But this is why we can’t have nice things.

The roots of Republican disparaging of public schools really goes back to the desegregation era, 1950s-1960s. As I am sure I’ve mentioned before, I can remember when conservative white people in the Bible Belt were mostly supportive of local public schools. Then came the end of “separate but equal,” and all of a sudden they wanted their kids to go to (white) Christian schools. That was about the time that it became an article of faith among convervatives that “throwing more money” at public schools didn’t make them any better, even though copious data argued otherwise. Since then Republicans have figured out how to divert tax dollars into “charter” schools and “voucher” programs that have failed to live up to promises of better educations. Note that some of these programs have been in effect for decades; if they were going to work, they would have done it by now.

And speaking of educated mediocrities, Betsy DeVos comes to mind. DeVox cut funds to already struggling rural schools, among other atrocities. She was big on “educating the workforce,” as I recall.

But schools aren’t just educating the Amazon warehouse workers of the future. They are educating citizens and voters. And what’s crystal clear after recent years is that a ton of U.S. citizens and voters have no grasp of science or history and don’t know how their own government works. And they can’t critically think their way out of a wet paper bag. Will Bunch:

True, that carpenter hammering drywall wouldn’t have to call on a knowledge of basic genetics, presumably — but education isn’t only about facts, but also about developing respect for the wider processes of knowledge, and how we find it. When I poked around, I wasn’t shocked to learn that McKean County — where a school superintendent concedes that math and science education is struggling — also has one of the lowest COVID-19 vaccination rates in Pennsylvania, just 38.1%, compared with 52.7% statewide. …

… He [Stephen Rodriguez, president of the Pennsylvania League of Urban Schools Caucus of superintendents] told me that, of course, a would-be carpenter would benefit from “a foundational knowledge of biology” — in a world where being a good citizen depends on honing an ability to understand what is true and what is misinformation.

“If we do not give our children a good basis for an understanding of their world, how will we know if our government lies to us about anything?” added Rodriguez, who specifically mentioned the spread of QAnon, the baseless conspiracy theory centered on child sex trafficking that animated so many of the Jan. 6 insurrectionists.

One thing I’ve noticed in online “discussions” over covid mitigation is that righties have absolutely no concept of risk assessment. If masks don’t work 100 percent of the time, there’s no point to them. If a small percentage of vaccinated people get “breakthrough” cases of covid, then vaccines are junk and not worth taking. You can give them data about odds and percentages, and they can’t or won’t understand it. 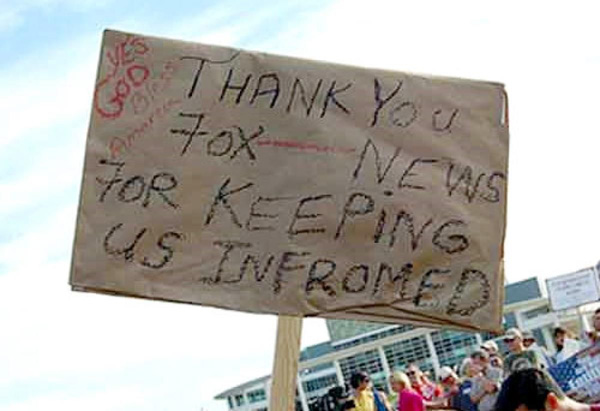 And, of course, a big, dumb, angry, undereducated population can be manipulated by just about anybody with enough money and clout to get mass media access.

Now schools are under fire for teaching history, for Pete’s sake, and a loud faction of ignorant white bigots is threatening to take over school boards and replace what history is taught with white supremacist myths. And these people are, of course, the same ones who can’t grasp covid risk assessments and think climate change is a hoax. I don’t see education getting any better in the U.S. any time soon.