As I understand it, the plan is for Democrats to make one more attempt to get through a couple of thick skulls, and then they will schedule a roll call vote on the voting rights bill tomorrow. The Republicans will fillibuster, and Chuck Schumer is expected to introduce a bill on the rule change. And then all the votes on the filibuster will be on the record. Manchin and Sinema will vote no, but I question whether they understand — Sinema almost certainly doesn’t — that they’ve destroyed the last residue of good will toward them from within their own party.

And then the Democrats will have to salvage the midterms and convince voters that if they had just two more Senators and can keep the House, they really could get things done next time. Cross their hearts.

Yesterday, watching Martin Luther King Day interviews on MSNBC, it seems to me that a lot of people were being more open in their disgust with the Deadly Duo than they have been. Democrats are beyond fed up with them. There’s always a chance they’ll switch parties, of course, which is a concern, but I doubt Manchin would do that. He’s smart enough to know that once he becomes a Republican, he has no more individual power, and there will be no reason for anyone to give a rat’s ass about him or how he votes. Sinema may be too much of a ditz to grasp that.

Other people are fed up in other ways. Out in the wider world, a big backlash is going on against the unvaccinated. Yasmeen Serhan writes in the Atlantic that recently French President Emmanuel Macron caused an uproar when he vowed to antagonize the unvaccinated of France.

But what looked like a risky move for Macron could prove to be a more politically shrewd calculation, not because of whom it alienates, but rather because of whom it doesn’t. In France, and in other democratic countries around the world, the unvaccinated make up a relatively small segment of the population. Macron and his peers in countries such as Australia and Italy have calculated that condemning this group could be more politically effective than pandering to it. Even world-famous celebrities such as tennis star Novak Djokovic, whose unvaccinated status dashed his hopes of defending his Australian Open title, have become the targets of politicians’ ire. By taking a tougher line on the unvaccinated, Macron and other democratically elected leaders facing elections this year may be courting an energetic new voter base: the vaccinated, and ever more impatient, majority.

And on Sunday, the Parliament of France followed through and passed a law, by a vote of 215-58, that bans unvaccinated people from all restaurants, sports arenas, and other venues. More than 90 percent of French adults are vaccinated, so it’s probably safe to say that most French voters will not mind. Polls show that two-thirds of French adults support the bill. Similar restrictions on the unvaccinated were established in Italy recently and enjoy broad support. People are fed up with the unvaccinated.

The recent drama involving pro tennis player Novak Djokovic is another example. His deportation from Australia had overwhelming support from the Australian public. No 21st grand slam title for you, jerk. Djokovic will probably find himself barred from the French Open and possibly from the Spanish Open as well. It appears kicking Djokovic around is popular with voters in many parts of the globe, although perhaps not with hard-core tennis fans.

I don’t think restricting the unvaccinated would work the same way in the U.S. — too bad — but I do think it’s past time for Democrats to employ the same principle and go on the offensive against the Right. No more cowering in a corner because people on Fox News might say nasty things about them.

Democrats have been with the majority opinion on most issues, from covid mitigation to abortion rights to voting access. It’s time they started acting like it. It’s also way past time to take their message to people directly, because news media do a piss-poor job reporting on issues in this country.

The January 6 committee is planning televised hearings that, Rep. Raskin promises, will “blow the roof off the House.” They’ll be like the Watergate hearings, he says. Let’s hope. That may be an opening for the Democrats to go after right-wing extremism directly. And loudly. If the Supreme Court overturns Roe v. Wade this summer, as expected, Dems need to use that, too.

So, as Col. Joshua Lawrence Chamberlain said at Gettysburg — charge. 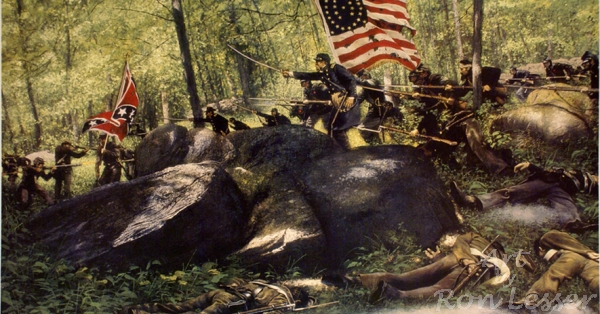 6 thoughts on “Time to Go On Offense, Democrats”