Here’s a bit of good news — Justice Breyer is retiring. President Biden gets a Supreme Court pick, and Mitch McConnell can’t block it. It won’t change the conservative dominance on the Court, of course.

Now, on to today’s Derp News, Republicans versus Science edition.

Via Paul Campos at Lawyers, Guns, and Money, I learned today about DJ Ferguson, 31, who is hospitalized in Boston and in desperate need of a heart transplant. He is the father of two children, and his wife is expecting a third. He was at the top of the transplant list, but … he refused to get a covid vaccine. So the hospital took him off the list.

The hospital is not just being mean. People who have recently received organ transplants are hugely immunocompromised. Just about any virus infection could kill them, never mind covid. Being fully vaccinated against everything they can possibly catch is a condition for getting a transplant, because it’s a waste of an organ to put it into someone who is at increased risk compared to other patients.

Dr. Arthur Caplan, the head of medical ethics at NYU Grossman School of Medicine, explains that being vaccinated is necessary for this type of procedure.

“Post any transplant, kidney, heart whatever, your immune system is shut off,” Caplan said. “The flu could kill you, a cold could kill you, COVID could kill you. The organs are scarce, we are not going to distribute them to someone who has a poor chance of living when others who are vaccinated have a better chance post-surgery of surviving.”

Okay, that makes sense. But not to DJ Ferguson. His family says he is sticking to principles. His father, David Ferguson, says the family is pursuing other options, but they are running out of time. He may already be too fragile to move to another hospital, assuming there is one that would give him the transplant. As I understand it, the protocols for who gets a heart are not decided by the hospitals.

And while the family says DJ has received great care from doctors and nurses at Brigham and Women’s, they just don’t agree with the heart transplant COVID vaccination policy.

“I think my boy is fighting pretty damn courageously and he has integrity and principles he really believes in and that makes me respect him all the more,” David Ferguson said.

Which is why the family is sticking by his side and hoping for the best. “It’s his body. It’s his choice,” Ferguson added.

So he’ll probably die, and his three children will grow up without their father. And for what “principles”? That “they can’t make me do it what I don’t wanna do it, nyah nyah nyah?” Seriously? What about his responsibilities to his children?

At The Atlantic, Kurt Andersen writes that “The Anti-Vaccine Right Brought Human Sacrifice to America.” At first I thought that was a tad hyperbolic, but now I’m not so sure. JD Ferguson certainly seems determined to sacrifice himself for completely empty “principles.”

In ancient times human sacrifice was driven by political and religious power, fused together; “politics plus faith,” Andersen calls it. Andersen compares people like Ferguson to the folks who drank the Kool-Aid at Jonestown. Some of the people who died at Jonestown did not do so voluntarily, it says here. They literally had guns to their heads, which Ferguson does not, so it’s not a perfect analogy. But it does seem he’s prepared to throw his life away rather than betray his faith in something that he thinks is a “principle.”

“,,, for a long time now the right’s ongoing propaganda campaign against and organized political resistance to vaccination, among other public-health protocols, has been killing many, many Americans for no reasonable, ethically justifiable social purpose,” Andersen writes. “In other words, what we’ve experienced certainly since the middle of 2021 is literally ritual human sacrifice on a mass scale—the real thing, comparable to the innumerable ghastly historical versions.”

Other desperately sick people are choosing death before what they think is dishonor.

A man seeking a kidney transplant has also been denied a place on the active transplant list because he chose not to get vaccinated.

Shamgar Connors, 42, is a patient at University of Virginia Hospital who is now listed as “inactive” on the list for a life-saving kidney transplant. Connors said his entire family had COVID-19 and doesn’t believe he needs the vaccine.

“I’d rather die of kidney failure,” Connors told Dr. Karen Warburton after she asked if he was willing to receive the vaccine, according to Fox News Digital.

Similarly, a Colorado woman was denied a kidney transplant because she refuses to get the vaccine for religious reasons.

Leilani Lutali said she would not get vaccinated because of the role that fetal cell lines have played in vaccine development, according to the Associated Press.

The business about fetal cell lines is a howler, since just about all medications are initially tested using fetal lines that have lived in laboratories since the 1970s. If you were going to be consistent on this you’d have to refuse to take all medicines, including Tylenol. But if Leilani Lutali wants to die on that hill, I’m not personally feeling a strong urge to stop her.

Also from Lawyers, Guns and Money, see Erik Loomis, Why Fox Went All-In on Killing Their Viewers, and Scott Lemieux, The GOP Is a Remarkably Successful Death Cult.

In other covid derp news: Some anti-vaxx governors have made a big deal of offering monoclonal antibody therapies as a treatment for covid, as part of their argument that nobody needs vaccines since they’ve got these treatments. The monoclonal antibody therapies generally do help quite a bit, although they aren’t a sure-fire cure. The federal government bought huge quantities of the stuff to distribute to the states and medical facilities.

However, it has been discovered that two of the most distributed monoclonal antibody therapies, those made by Regeneron Pharmaceuticals and Eli Lilly, are ineffective against Omicron. So the feds have paused the distribution, since just about everybody is getting Omicron now, and there’s no point wasting the stuff. Another monoclonal antibody treatment, by GlaxoSmithKline and Vir Biotechnology, is effective against Omicron, but there is not yet a big stockpile of it.

Lo, guess who’s having a fit about it.

Floridians have benefited from the state’s treatment sites and their access to treatment shouldn’t be denied based on the whims of a floundering president. https://t.co/Y5nmAV1LCs

DeSantis is threatening to sue the Biden Administration to get them to release the Regeneron Pharmaceuticals and Eli Lilly therapies, even though Regeneron Pharmaceuticals and Eli Lilly agree the therapies don’t work against Omicron. And the decision was made by the FDA, not by President Biden. Like most righties, DeSantis is basically an overgrown spoiled child who can’t process not getting everything he wants. 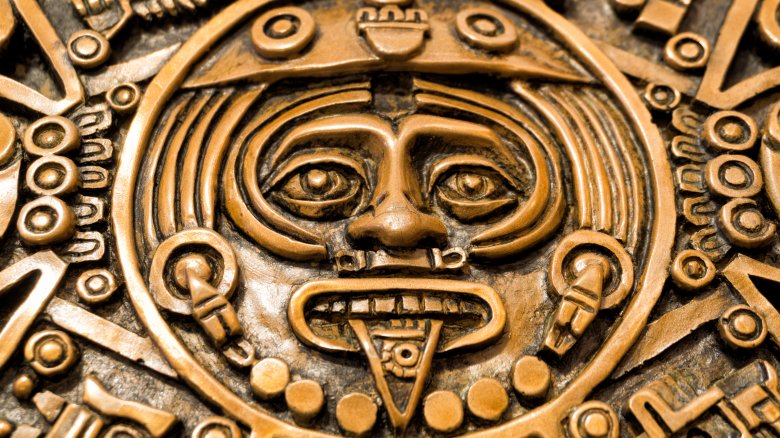 The Aztecs are probably the record holder for mass sacrifice, but the Republicans may top them.

20 thoughts on “People Are Choosing Death for Nothing”