Ruth Marcus writes that the reactions to President Biden’s pledge to nominate a Black woman to the Supreme Court are “racially tinged.” Tinged my ass; the Right’s reaction is reeking with racism. The dog whistles have become megaphones.

Marcus provides several examples and also notes that past presidents have explicitly announced that they intended to nominate a woman (Reagan, who then nominated Sandra Day O’Connor) or a Black (Bush I, who then nominated Clarence Thomas to “replace,” or at least sit in the chair of, Thurgood Marshall).

Conservative legal scholar Ilya Shapiro tweeted that rather than picking a male candidate Shapiro judged to be the “objectively best pick,” Biden would succumb to the “latest intersectional hierarchy” and choose a “lesser black woman.” (He later deleted the tweet and apologized.)

“They can overtly discriminate against people,” lamented Ben Shapiro. Tucker Carlson issued a ten-minute rant about the injustice of it all, concluding with the suggestion that George Floyd’s sister should be the nominee.

“She is not a judge or a lawyer or whatever, but in this case, who cares?” Carlson said. “Clearly, that’s not the point anymore.”

The point, of course, is that diversity has value, and quality won’t be compromised. If you want to see an example of quality being compromised, review the Clarence Thomas or Brett Kavanaugh nominations. Or Amy Coney Barrett’s, for that matter.

Biden has many extraordinary candidates on his short list. But for reasons that should surprise nobody who’s been paying attention to recent history, these early commenters do not appear to see these candidates’ impeccable credentials and extraordinary accomplishments. Instead, they have opted to prejudge any Black woman, and indeed all Black women nominees, as inherently inferior and underqualified.

Conservative critics—not content with a 6–3 supermajority achieved by holding one seat open for almost a year, then filling another in a matter of weeks—aren’t willing to graciously take their win while Biden confirms a new justice, which in no way affects the balance on the court. They aren’t even willing to wait for a name. And in a neat bit of gaslighting, they also claim that Biden and his defenders are the real racists. And in the event that you believe this is just a little confirmation-game bluster, consider that they are laying the groundwork to single out whoever this next justice will be as unqualified and inferior for decades to come. Think we’re imagining things? Just ask Justice Sonia Sotomayor.

Lithwick and Stern document that whenever a Democrat nominates someone other than a White man for the Supreme Court, the opposition declares “that nominee is inherently suspect—a presumptive unqualified beneficiary of affirmative action until proven otherwise.”

This toxic ideology emerged when President Barack Obama put forward Justice Sonia Sotomayor in 2009. Ilya Shapiro, a conservative lawyer and commentator who will soon teach at Georgetown University Law Center, smeared her as a blatant affirmative action pick. In a notorious CNN article published at the time of her nomination, he wrote that Sotomayor “would not have even been on the short list if she were not Hispanic. She is not one of the leading lights of the federal judiciary.” Obama never said he wanted a Latina for the spot, but Shapiro nevertheless deduced that she was selected on the basis of her race and gender. He could not believe Obama would nominate a Latina due to her accomplishments alone.

(Yeah, that’s the same Ilya Shapiro who tweeted that Biden would succumb to the “latest intersectional hierarchy” and choose a “lesser black woman.” Shapiro, a fellow at the Cato Institute, recently was hired to lecture at Georgetown University law school. But the Georgetown law dean called Shapiro’s “lesser black woman” remark “appalling.” We’ll see if Shapiro keeps his new job.)

There have also been suggestions that Biden’s decision to choose the next SCOTUS justice from among the pool of excellent and qualified Black women judges is against the law. Tucker Carlson suggested that, in fact. Elura Nanos at Law & Crime explains why that’s wrong.

The problem with righties is that they are not a self-reflecting crew. In a 2009 post about the Sotomayor confirmation hearings, I wrote,

These people honestly don’t hear the blatant racism in what they say. And apparently, as Ilya Shapiro demonstrates, they don’t learn. 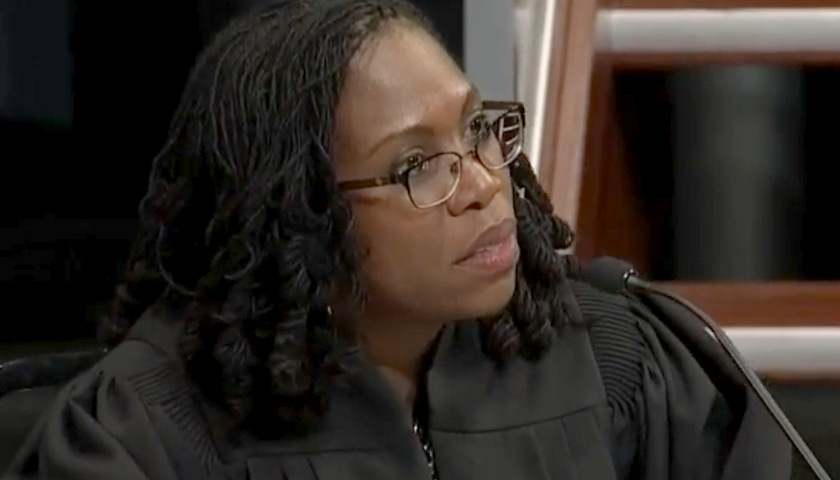 U.S. District Judge Ketanji Brown Jackson, who is under consideration for the nomination