As troglodyte state legislatures trip all over themselves to criminalize all abortions, the Biden Administration is insisting on enforcement of federal guidelines that require hospitals to provide abortions if the health of the mother is at risk.

“Since the statute is silent on the question, the Guidance cannot answer how doctors should weigh risks to both a mother and her unborn child,” the judge’s order said. “Nor can it, in doing so, create a conflict with state law where one does not exist. The Guidance was thus unauthorized.”

Someone might explain to this bozo that if the mama dies, the fetus dies too.

The administration threatened to fine or strip Medicare status from hospitals that failed to follow the guidance, which was issued in the aftermath of the U.S. Supreme Court ending federal constitutional protections for abortion.

Texas Attorney General Ken Paxton said the Biden administration was attempting to use federal healthcare regulations to “transform every emergency room in the country into a walk-in abortion clinic.”

“Last night, the court ruled in favor of Texas!” he said in a tweet. “A WIN for mothers, babies & the TX healthcare industry.”

Hendrix ruled that the guidance, issued under the Emergency Medical Treatment and Labor Act, goes beyond the scope of federal law and fails to appropriately balance the interests of a pregnant person and their unborn child.

“To the extent that the Guidance would require abortion where Texas would not, Texas law does so to ‘provide the best opportunity for the unborn child to survive’,” the order reads. “The Court will not interject itself in balancing the health of an unborn child and the health of his mother when that balancing is left to the people and their elected representatives.”

Since when do “the people and their elected representatives” make life and death medical decisions? Yeah, next time Hendrix needs a ruptured spleen removed, let’s put it up to a vote. I say no.

Obviously, women are not real human beings to them. We are just ambulatory major appliances.

These are the kinds of judgments, weighing the risks to mother and fetus, that medical professionals make all the time. The medical people have worked out best practices over periods of many years. We should trust them to do their jobs, not put it up to popular vote by people who don’t know a fallopian tube from a toaster.

In other news — this should cheer you up — the people who took Ashley Biden’s diary and gave it to Project Veritas have been identified, and one of them has reached a plea deal to testify against the “organization” that received the diary. And that woule be Project Veritas. Josh Marshall is celebrating already. 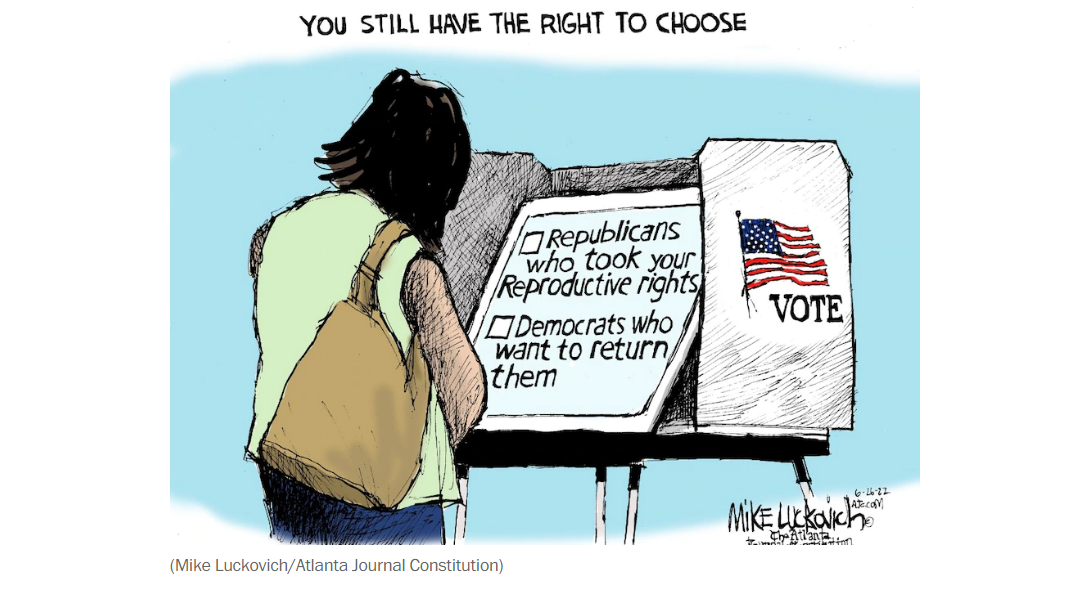