Today there was a school shooting in St. Louis that resulted in three deaths, including the shooter’s. I can already promise you that the governor may issue a statement, or not, but that will be the end of that. Nothing else will be done. Because guns are more important than people.

In other news — Miz Lindsey Graham really does not want the criminal justice system to know how he was involved with Trump’s scheme to overturn the election. He’s been fighting a subpoena from the Fulton County GA grand jury, and courts keep telling him he can’t get out of it. Now Clarence Thomas has given the senator a temporary freeze on a lower court’s ruling requiring Graham’s testimony to the grand jury.

Seriously, Graham could just show up and plead the Fifth. There must be something he is desperate for people to not find out that they might find out if he testifies, somehow, even though it’s a grand jury. People who have already testified to that grand jury include Rudy Giuliani, John Eastman, Pat Cipollone, Kelly Loeffler, Brad Raffensperger of course, and a Trump lawyer named Boris Epshteyn. They all survived. Why does Miz Lindsey think he is special? 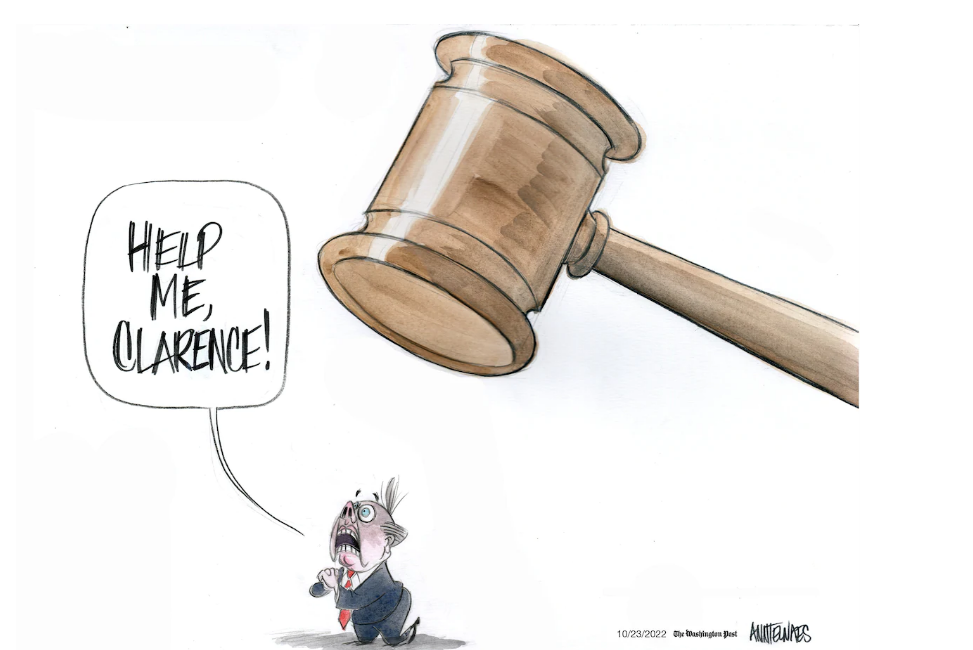