I’m sorry I have been busy. I’ve been working on something for another site — A Brief History of Christian Nationalism: From the Founders to the Cold War. I turned up some historical bits I didn’t know before, so I hope you will enjoy reading it.

I am still trying very hard to not listen to news about elections and polls and whatever might happen in the midterms.

So Elon Musk has taken over Twitter. People are starting to take bets on how quickly Twitter goes the way of MySpace. The geeks are very certain Musk has no idea what he’s gotten himself into. You have probably heard he fired the three top executives of the company last night, and now there are reports that other employees are leaving the building carrying boxes of belongings. However, that last part is unconfirmed and could be a hoax. Last week there were reports Musk planned to fire 75 percent of tech support staff, although today Musk says that’s not true. Even so, I bet a whole lot of people in that company have already updated their résumés and put them into circulation.

And, of course, this happened.

An emboldened cast of anonymous trolls spewed racist slurs and Nazi memes onto Twitter in the hours after billionaire industrialist Elon Musk took over the social network Thursday, raising fears of how his pledge of unrestricted free speech could fuel a new wave of online hate.

It could fuel all the high-end users — journalists, politicians, academics, etc. — to drop off the platform, which would be its downfall.

Musk’s takeover will certainly have international ramifications, if not yet interplanetary ones. But they may not be that sunny. The world’s richest man buying perhaps the world’s most influential political echo chamber is the latest sign of a development that international relations experts have long feared: With tech giants amassing stratospheric levels of influence over global affairs, they are morphing into a species of geopolitical actor, with uncertain long-term consequences.

Those experts have a term for this development: “Technopolarity.” The idea is that big tech companies have become their own sovereigns, on a par with nation-states. The result: an increasingly unchecked level of influence over international affairs that will demand a new kind of political response.

Bad news. We aren’t that good at old political responses.

David DePape, 42, was identified by police Friday as the suspect in the assault on Paul Pelosi at the speaker’s San Francisco home.

Two of DePape’s relatives told CNN that DePape is estranged from his family, and confirmed that the Facebook account – which was taken down by the social media company on Friday – belonged to him. …

… Last year, David DePape posted links on his Facebook page to multiple videos produced by My Pillow CEO Mike Lindell falsely alleging that the 2020 election was stolen. Other posts included transphobic images and linked to websites claiming Covid vaccines were deadly. “The death rates being promoted are what ever ‘THEY’ want to be promoted as the death rate,” one post read.

And so on. The story is that this guy ran into Nancy Pelosi’s house in San Francisco yelling “Where’s Nancy!” Not finding Nancy, he attempted to tie up Pelosi’s 82-year-old husband, then assaulted him with a hammer. Paul Pelosi is expected to be okay, I understand. I have a hard time believing an 82-year-old will ever be okay after being assaulted with a hammer, though.

If you haven’t gotten a flu shot yet, do it now. That’s an order. I got mine (and the new covid booster) yesterday.  I’ve had so many covid shots they had to start another CDC card for me, as the old one was full. I haven’t turned into a magnet yet, however.

This would have been huge news if it weren’t for everything else going on — yesterday Trump lost another appeal at another appeals court to shield his tax returns from investigators.

The full U.S. Court of Appeals for the D.C. Circuit declined to reconsider an August ruling from three judges that gave a House committee the right to Trump’s tax returns for 2015 to 2020. The former president can still challenge the decision in the U.S. Supreme Court, but the appeals court declined a request from Trump to automatically hold the release of records pending that challenge.

So does that mean the House committee will really truly get the tax returns any minute now?

The Department of Justice has hired a new hot-shot national security prosecutor for the Mar-a-Lago documents team.

Finally, a Washington Post investigation — Inside the secretive effort by Trump allies to access voting machines. No paywall. 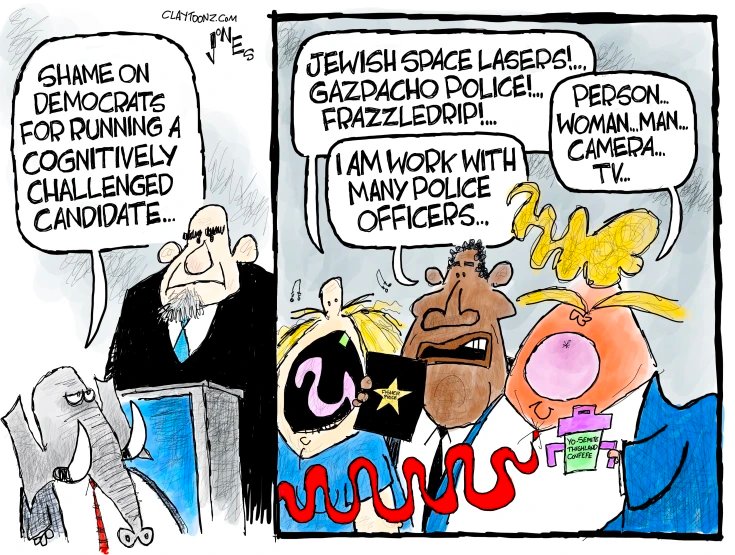