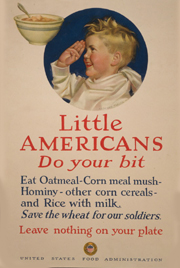 Speaking in Pennsylvania, Bush said he vetoed the bill because it was a step toward “federalizing” medicine and inappropriately expanded the program beyond its focus on helping poor children.

“I believe in private medicine, not the federal government running the health care system. I do want Republicans and Democrats to come together to support a bill that focuses on the poorer children,” the president said, adding the government’s policy should be to help people find private insurance.

Harold Meyerson points out the obvious:

We have a massive, competitive private sector that has decided it cannot turn a buck on millions of Americans of modest means or uncertain health. If there were a private-sector solution to the problem of 9 million uninsured American children, the private sector would have found it.

What the President wants is for S-CHIP to revert back to what is the original intent of the law, which is that the neediest children should be taken care of first. That’s not what the law that they sent to the President does — well, we don’t have it yet, we’ll get it soon — but that’s not what that law does. I would also say that, in a time when Democrats are very concerned, supposedly, about people being worried about how they’re going to pay for their mortgage, that raising taxes on them doesn’t seem like the wisest fiscal policy. In a time when they think that they want to increase funding for children’s health care, they’re actually wanting to pay for it with a cigarette tax, which includes — people who smoke are usually — the majority are in the low-income bracket. And so they’re raising taxes on something to pay for a middle-class entitlement. It’s just completely irresponsible. Stop the madness on Capitol Hill.

I don’t know if it’s true that most smokers are in a lower income bracket, but if so, a lot of them probably don’t have health insurance. I’d advise them to stop smoking. Anyway, as I’ve written before, the states want to expand S-CHIP because so many “middle class” families are losing their health insurance.

Back to Harold Meyerson:

But the president and those Republican members of Congress who join him in opposing SCHIP’s expansion have a faith in laissez-faire ideology that cannot acknowledge the limits of what capitalism can, or even chooses to, do.

We hear a lot from Republicans these days, presidential candidates most especially, that they want to return their party to its roots, to make it once again the party of Ronald Reagan. Problem is, they’ve overshot Reagan and seem bent on reinventing the GOP as the party of Barry Goldwater.

Reagan’s conservatism had wind in its sails: The stagflation and drift of the Carter years provided an opening for Reagan’s limited rollback of government. What Goldwater personified, however, was the triumph of ideology over experience. He opposed Social Security and Medicare and voted against the Civil Rights Act of 1964 in the name of property and states rights. The needs of seniors, the claims of African Americans to equal rights, ran counter to Goldwater’s theology of markets over people.

Today’s Republicans seem determined to re-create that magical Goldwater self-marginalization. Opposing the provision of health care to children because it conflicts with one’s faith in an economic future (capitalism insures everyone) that capitalism itself does not really share (or it would insure everyone) is the same kind of theological nuttiness that led to the Goldwater debacle. In the name of attacking socialism, what Republicans are really doing is affronting the empiricism and the pragmatism, not to mention the decency, of the American people. At, one need hardly add, their own risk.

However, Jonathan Kaplan thinks it’s the Dems who screwed up:

Democrats had been reveling in their good fortune, believing they had a winning issue in legislation to expand the State Childrenâ€™s Health Insurance Program (SCHIP), which Bush is expected to veto Wednesday.

But three senior Democrats floated a proposal to impose a surtax, a levy on a percentage of citizensâ€™ tax bills, to fund the war in Iraq.

Republicans pounced to criticize the plan while Democratic leaders did their best to appear undeterred by the bump in the road.

Under the surtax proposal, taxpayers would pay extra taxes â€” ranging from 2% to 15% based on income â€” to raise $140 billion a year to pay for the war. And this takes us to the most brilliant comment by Michelle Malkin yet: “Nothing screams impotence louder than a desperate, last-ditch effort to tax the war on terror to death.” No, dear, they wouldn’t be taxing the war on terror, they’d be …. oh, never mind. It’ll never pass, anyway. 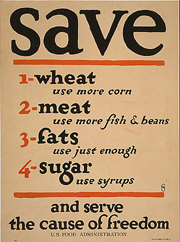 Awhile back I proposed a Civilian War Footing Act, which would provide for an automatic tax raise, gasoline rationing, and maybe even a draft in the event some damnfool in Washington took a notion to invade somebody. The idea is that if a war isn’t so essential to the survival of the nation that it’s worth raising taxes over, it isn’t worth fighting. I think some guys in Congress caught on to my idea.

My understanding is that taxes always go up in time of war, because wars are expensive. Awhile back Fred Kaplan wrote,

To fund World War II, the United States drastically expanded and raised taxes. (At the start of the war, just 4 million Americans had to pay income tax; by its end, 43 million did.) Beyond that, 85 million Americansâ€”half the population at the timeâ€”answered the call to buy War Bonds, $185 billion worth. Food was rationed, scrap metal was donated, the entire country was on a war footing. By contrast, President Bush has asked the citizenry for no sacrifice, no campaigns of national purpose, to fight or fund the wars in Iraq or Afghanistan. In fact, he has proudly cut taxes, heaving the hundreds of billions of dollars in war costs on top of the already swelling national debt.

The posters in this post are from World War I, btw. Can you imagine what Little Lulu would say if the government told her what to feed her kids to support the war effort? If paying taxes are too onerous a sacrifice, telling little Chauncy he has to give up pop tarts in favor of corn meal mush must be unthinkable.

Back to Dana Perino and the press briefing:

Q And yet 70 percent of the public in the latest poll yesterday, an ABC/Washington Post poll, supports that increase in the S-CHIP, but opposes the $190 billion in war funding spending.

MS. PERINO: Well, you know, I don’t know how all those questions were asked in the poll, and you might want to take a look at that and be a little bit skeptical. But I think that people would agree that we — well, and also what I said yesterday: Republicans often taken on really unpopular positions because it does sound great to say that you’re going to spend a lot more on children’s health care, but when you start digging deeper and realize that they’ve got a funding cliff, that basically in 2011, there’s no money left for the S-CHIP program. They don’t fund it sustainably. And on this idea of raising taxes on the American people right now to fund a war, well, does that sunset? Do they wait for al Qaeda to wave a white flag and then those taxes are going to go away? Does anyone seriously believe that the Democrats are going to end these new taxes that they’re asking the American people to pay at a time when it’s not necessary to pay them? I just think it’s completely fiscally irresponsible, and the President won’t go along with it.

Well, just as long as we’re all clear on our priorities, right? Little Americans should be proud to give up health care for their country.

At MyDD, Tom Beeton says the fight is on to override the veto:

… a coalition made up of MoveOn.org Political Action, Americans United for Change, AFSCME, USAction, SEIU, and True Majority will be holding more than 200 “Rallies For Our Children’s Health” around the country to urge Congress to override the veto. You can find a rally near you HERE.

To find out if your congressman voted against healthcare for children, the roll call vote is HERE. Call them (switchboard: 202-225-3121) and demand that they vote to override the veto. I wrote about 8 of the Republicans the Democratic leadership is targeting HERE but there are plenty more where that came from — 151 Republicans voted against it after all. I expect every Democratic challenger of these Bush lapdogs to hit on this issue at every opportunity.

Update: If anyone has the time and energy to respond to this stupid comment just left on an old S-CHIP post, be my guest. I’m not up to it today.