I want to go back to what Charles “The Turtle” Krauthammer wrote here:

A certain kind of liberal argues that having a religious underpinning for any public policy is disqualifying because it is an imposition of religion on others. Thus, if your opposition to embryonic stem cell research comes from a religious belief in the ensoulment of life at conception, you’re somehow violating the separation of church and state by making other people bend to your religion.

In the face of Mike Huckabee’s bid for the GOP presidential nomination, Krauthammer and other conservatives today are fine-tuning their ideas about church and state. Why is Huckabee’s religiosity objectionable, if Ralph Reed’s or Pat Robertson’s was not? Why was it OK, four years ago, to slam Howard Dean for his obvious discomfort with God talk and now say, as Krauthammer does in the op ed linked above, that a person’s religious beliefs are “None of your damn business”? 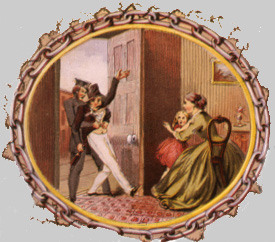 Typically, Krauthammer refuses to engage with liberals in honest argument; he distorts our point of view so he can bash it. The examples he gives — abolitionism, civil rights, temperance, opposition to the death penalty — all had or have civil underpinnings as well as religious ones. Yes, even temperance. Temperance literature certainly was laced with reference to God, but public support for Prohibition grew after many decades of popular news stories and lithographs picturing drunken men neglecting or abusing their wives and children.

As for civil rights — Krauthammer, let’s consider the word civil in this context, an adjective meaning “Of or relating to citizens and their interrelations with one another or with the state.” A civil issue by definition has more to do with man and government than with man and God. Christians may believe that civil rights are endowed by God (which, if so, makes me wonder why it took Him until the 18th century to start endowing), but atheists can support civil rights with the same passion as any “person of faith.” In the U.S. the protection of the civil rights of citizens is basic constitutional law.

On the other hand, objections to embryonic stem cell research are entirely religious; I can think of no civil reason for banning such research. Thus, if your opposition to embryonic stem cell research comes from a religious belief in the ensoulment of life at conception, and you manage to impose a ban on such research by law, you are violating the separation of church and state by making other people bend to your religion.

Abolition of slavery gives us a more interesting example. In the antebellum U.S., persons on all sides of the slavery issue claimed biblical authority for their positions. The Southern Baptist Convention came into being in 1845 because of a split with northern Baptists over the issue of slavery. At the same time, many of the leaders of the abolitionist movement were Christian ministers. They were all reading the same Bible, but with different eyes.

I’m sure no end of Ph.D. dissertations have been written about the social differences that caused this schism. An obvious difference was an economic one. The antibellum South was, to a large extent, a plutocracy run by plantation owners. Although they were a minority of the white population, the plantation class hoarded most of the South’s wealth and, thereby, determined which clergymen had public influence, not to mention comfortable parsonages. I’m not saying that the Southern Baptists consciously betrayed their religion for the sake of the economic status quo. Rather, the economic status quo shaped their values and affected the way they understood scripture.

And this takes us to an often unrecognized truth about religious doctrine — much of what passes for religious doctrine started out as plain ol’ cultural values and mores. If you look at the history of the major religions, most of them have changed considerably over time. Often, when a religion establishes itself in new territory, within a couple of generations many of the values and even the folklore of that territory will have been absorbed into the religion. For example, when a new religion moves into a paternalistic society, soon enough paternalism will be hardwired into that religion even if it hadn’t been particularly paternalistic before. This happens because new generations of priests assume their culturally conditioned biases are the will of God.

And as cultural values change, religion changes with it. The abortion issue is an excellent example. The Bible says nothing whatsoever about abortion, even though we know it was widely practiced in biblical times. Some biblical passages seem to support the view that a fetus is fully human, but this may be the result of sloppy translating. The Catholic Church has changed its collective mind several times on the issue of abortion. Very generally, the Vatican was reasonably tolerant of abortion until the late 19th century. Similar shifts took place in conservative Protestantism, although I think somewhat later.

Yet for the past several years Americans have been beaten over the head with the claim that THE religious view of abortion is that it is FORBIDDEN BY GOD, and only dirty evil compromised secularist liberals don’t understand this. We hear this even though Judaism is, generally, pro-choice, as are many Protestant denominations. Many Catholics and conservative evangelicals are so obsessed with abortion you’d think no other transgressions matter. Only 150 years ago abortion was widely practiced yet didn’t raise nearly as much fuss.

Obviously, some sort of social-cultural shift took place that caused conservative Christians, especially in the United States, to become obsessed with abortion.

You could argue that a similar shift caused people in the 17th and 18th centuries to turn against slavery and toward an ideal of individual liberty. Some like to think that this shift, also, is a gift from God. Again, one wonders why He was so stingy with the generations that went before. However it came about, this change in values has had a demonstrably beneficial effect on civilization and the quality of life of millions. Thus, defense of liberty doesn’t rest on religious arguments.

But the results of the criminalization of abortion are not so beneficial. Those pushing for criminalization manufacture civil reasons, such as claims that abortion causes breast cancer (it doesn’t). They imagine that women suffer emotional damage after abortion, a condition they call Post-Abortion Syndrome that, by any objective measure, does not exist. Yet I have no doubt most of the criminalizers sincerely believe they are doing God’s will. This is fanaticism, pure and simple, not religion (click here for an explanation of the difference).

Let’s take the discussion to another level. Immanuel Kant argued that reason rests in part on what he called an “architectonic” order of the mind that organizes what we experience and in time and space. Whatever “architectonic” order we have in our heads effects how we understand our experiences, ourselves, everything. I think ol’ Kant was on to something here. I argue here that much of the objection to abortion is based less on religion doctrine than on particular architectonic notions defining selfness. If your head is organized in a different way, much of the criminalizers’ arguments — including “life begins at conception” — make no sense.

Where I’m going with this is that the line between “civil” and “religious” underpinnings is much fuzzier than Charles Krauthammer imagines. Many, if not most, religious doctrines are nothing but values arising out of society that have somehow, by accident of circumstance and history, become embedded in organized religion. And these values are no more or less likely to be beneficial to mankind than those values that have not become embedded in organized religion.

As a religious person myself, I appreciate how one’s religion does affect one’s opinions and outlook. Religion becomes a critical part of how our brains organize and interpret experience. Most of my political opinions have some kind of religious underpinning. On the other hand, I can respect a politician who says, as John Kennedy did, that he would not allow his church to dictate public policy. And for many of us, religion is a personal journey, not a global crusade. I think most religious people appreciate that, whatever our private thoughts, a public policy must have a clearly defined, measurable civic benefit.

This has been the argument of most of us liberals all along, and for this we were told we were “hostile” to religion.

Now many right wingers are frantically backpedaling. They don’t heart Huckabee. As Kevin Drum says, the high priests of mainstream conservatism are unglued. Suddenly they want to reclaim some separation between church and state. Don’t expect ’em to admit we were right, but some are starting to sound like us liberal religion haters. Heh.

The Bush administration is pushing to take control of the promotions of military lawyers, escalating a conflict over the independence of uniformed attorneys who have repeatedly raised objections to the White House’s policies toward prisoners in the war on terrorism.

The administration has proposed a regulation requiring “coordination” with politically appointed Pentagon lawyers before any member of the Judge Advocate General corps – the military’s 4,000-member uniformed legal force – can be promoted. …

… Retired Major General Thomas Romig, the Army’s top JAG from 2001 to 2005, called the proposal an attempt “to control the military JAGs” by sending a message that if they want to be promoted, they should be “team players” who “bow to their political masters on legal advice.”

It “would certainly have a chilling effect on the JAGs’ advice to commanders,” Romig said. “The implication is clear: without [the administration’s] approval the officer will not be promoted.”

Some familiar names crop up:

The JAG rule would give new leverage over the JAGs to the Pentagon’s general counsel, William “Jim” Haynes, who was appointed by President Bush. Haynes has been the Pentagon’s point man in the disputes with the JAGs who disagreed with the administration’s assertion that the president has the right to bypass the Geneva Conventions and other legal protections for wartime detainees. …

… One of Haynes’ allies on the Bush administration legal team, former Justice Department lawyer John Yoo, recently coauthored a law review article sharply critical of the JAGs’ unwillingness to endorse the legality of the administration’s treatment of wartime detainees.

Yoo, who wrote a series of controversial legal opinions about the president’s power to bypass the Geneva Conventions and antitorture laws before leaving government in 2003, called for some kind of “corrective measures” that would “punish” JAGs who undermine the president’s policy preferences.

Yoo’s law review article did not specifically discuss injecting political appointees into the JAG promotions process, and Yoo said in an e-mail that he did not know anything about the new Pentagon proposal. But several retired JAGs said they think the proposed change is an attempt by the Bush administration to turn Yoo’s idea into a reality.

Meanwhile, Bush is threatening to veto a bill that would ban the CIA from using waterboarding and other forms of torture, all the while claiming that the U.S. doesn’t torture people. A former employee of a Boeing subsidiary says an executive bragged “We do all the extraordinary rendition flights … the torture flights.” And the Justice Department is stonewalling Congress over the destruction of CIA videotapes.

BTW, Bush is claiming ignorance of those tapes; Larry Johnson argues persuasively that Bush probably was treated to a personal screening.

And I’m not exactly holding my breath waiting for Congress to act.