May all beings find comfort and joy. 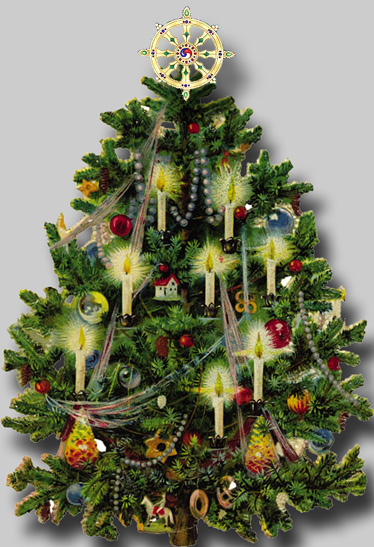 Sarah Baxter writes for the Times of London:

THE CIA chief who ordered the destruction of secret videotapes recording the harsh interrogation of two top Al-Qaeda suspects has indicated he may seek immunity from prosecution in exchange for testifying before the House intelligence committee. Jose Rodriguez, former head of the CIAâ€™s clandestine service, is determined not to become the fall guy in the controversy over the CIAâ€™s use of torture, according to intelligence sources.

It has emerged that at least four White House staff were approached for advice about the tapes, including David Addington, a senior aide to Dick Cheney, the vice-president, but none has admitted to recommending their destruction.

Vincent Cannistraro, former head of counterterrorism at the CIA, said it was impossible for Rodriguez to have acted on his own: â€œIf everybody was against the decision, why in the world would Jose Rodriguez â€“ one of the most cautious men I have ever met â€“ have gone ahead and destroyed them?â€

That’s the downside of a life in a reviled lame duck administration — the fall guys stop falling.

Larry Johnson, a former CIA officer, believes the scandal could reach deep into the White House. â€œThe CIA and Jose Rodriguez look bad, but heâ€™s probably the least culpable person in the process. He didnâ€™t wake up one day and decide, â€˜Iâ€™m going to destroy these tapes.â€™ He checked with a lot of people and eventually he is going to get his say.â€

Johnson says Rodriguez got his fingers burnt during the Iran-contra scandal while working for the CIA in Latin America in the 1980s. Even then he sought authorisation from senior officials. But when summoned to the FBI for questioning, he was told Iran-contra was â€œpolitical â€“ get your own lawyerâ€.

Not that I expect much to happen if Rodriguez does name Addington, but having facts on the record is better than nothing. Jeralyn at Talk Left has more analysis.

On the same subject — the Washington Post gives us a terrifying glimpse into the mind of Bob Novak. The Reptile writes,

Chairman Silvestre Reyes and other Democrats on the intelligence committee join Hoekstra in demanding investigation into the tape destruction in the face of the administration’s resistance, but the Republicans stand alone in protesting the CIA’s defiant undermining of President Bush. In its clean bill of health for Iran on nuclear weapons development, the agency acted as an independent policymaker rather than an adviser. It has withheld from nearly all members of Congress information on the Israeli bombing of Syria in September. The U.S. intelligence community is deciding on its own what information the public shall learn.

It appears that the Bush Administration was complicit in the Israel-Syria operation. One suspects someone in the Agency is still loyal to the Bushies.

The Reptile insinuates there are traitors in the CIA:

Intelligence agencies, from Nazi Germany to present-day Pakistan, for better or for ill, have tended to break away from their governments. The Office of Strategic Services, the CIA’s World War II predecessor, was infiltrated by communists. While CIA tactics were under liberal assault in Congress during the Watergate era, current accusations of a rogue agency come from Republicans who see a conscious undermining of Bush at Langley.

Then the Reptile falls back on revisionist history.

The CIA’s contempt for the president was demonstrated during his 2004 reelection campaign when a senior intelligence officer, Paul R. Pillar, made off-the-record speeches around the country criticizing the invasion of Iraq. On Sept. 24, 2004, three days before my column exposed Pillar’s activity, former representative Porter Goss arrived at Langley as Bush’s handpicked director of central intelligence. Goss had resigned from Congress to accept Bush’s mandate to clean up the CIA. But the president eventually buckled under fire from the old boys at Langley and their Democratic supporters in Congress, and Goss was sacked in May 2006.

I’m sure you remember Porter Goss and The Saga of Dusty Foggo. Conventional wisdom says the primary reason Goss was fired was that he butted heads with John Negroponte. And I’m sure the Reptile knows this perfectly well. Yet he still spins the Goss episode into “evidence” that the CIA is disloyal to the Bush Administration.

What Democrats wanted to hear? Like the truth, Bob?

There is no partisan divide on congressional outrage over the CIA’s destruction of tapes showing interrogation of detainees suspected of terrorism. Hoekstra agrees with Reyes that the Bush administration has made a big mistake refusing to let officials testify in the impending investigation.

Republicans also complain that the National Intelligence Estimate concluding that Iran has shut down its nuclear weapons program was a case of the CIA flying solo, not part of the administration team. …

…In a June 21 address to the Society for Historians of American Foreign Relations, Hayden unveiled the “CIA’s social contract with the American people.” Hoekstra’s explanation: “The CIA is rejecting accountability to the administration or Congress, saying it can go straight to the people.”

Bob is miffed because some parts of the Washington bureaucracy are no longer willing to lie, cheat and steal for his team, but have decided that the integrity of the nation is more important. See, Bob, ultimately the CIA does not work for the President, but for We, the People of the United States of America. And wouldn’t we all be better off now if the CIA hadn’t been such good team players before the invasion of Iraq?