Yesterday I wrote that I hadn’t been following the Andrew McCabe prosecution all that closely, and it wasn’t clear to me what had happened. Rachel Maddow had an excellent segment on it last night that clarified it quite a bit for me. However, that segment isn’t included in the latest videos on her webpage. This is frustrating, because I didn’t take notes. The transcript should be available some time next week. In the meantime, Vox has a pretty good rundown on all the Justice Department developments that happened yesterday.

Secretary of State Mike Pompeo had a meeting with Russian Foreign Minister Sergei Lavrov at a security conference in Munich on Friday that the State Department did not publicly disclose before nor after the fact.

Politico reported that the two diplomats met in Lavrov’s meeting room at the hotel in which the conference took place.

Maria Zakharova, Lavrov’s spokesperson, posted about the meeting on Facebook and included a photo of Pompeo in the hotel hallway with Lavrov and others. …

…The State Department did not list the meeting in its official schedule of Pompeo’s travels from February 13-22 and did not provide a readout for it.

Democrats Should Read This and Take It Seriously.

Eduardo Porter, How the G.O.P. Became the Party of the Left Behind. This very much reflects what I have observed here in the Midwest, over many years. 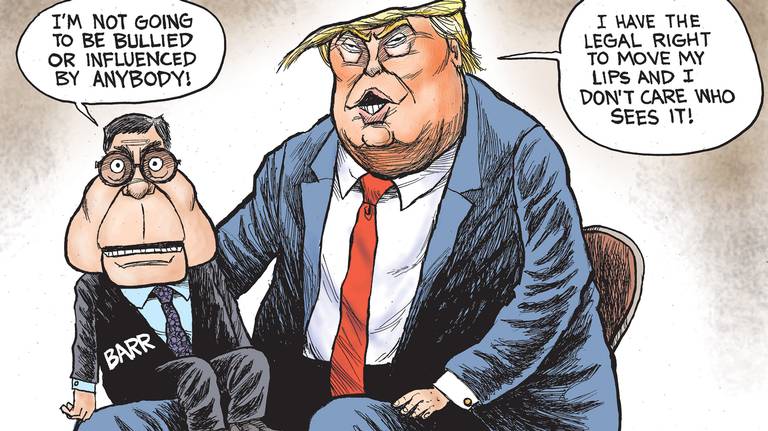