A couple of days ago, CBS News ran a story that said most Americans don’t know what’s in the Build Back Better bill. If they know anything at all about it, it’s that Democrats want to spend $3.5 trillion on something. But they have no idea what.

Call me crazy, CBS News, but maybe the real story here is the failure of television news to do its bleeping job and inform the viewers. Since what little professionally reported news most Americans consume comes from television, this is critical.

I caught the 2005 film Good Night and Good Luck on television a few days ago. If you don’t remember it, it’s a dramatization of the making of Edward R. Murrow’s 1953 exposé of Sen. Joe McCarthy. Murrow (played by David Strathairn) worked for CBS News, and one aspect of broadcast news that came out in the film was that, in those days, the news department was supposed to be separate from the entertainment divisions of the networks. In the film, CBS’s CEO William Paley (played by Frank Langella) is reminded he had promised to not interfere with news decisions.

I believe that was true in the 1950s; network executives mostly agreed to leave news content alone. Broadcast news actually operated at a loss in those days, but the loss was considered acceptable if the news department enhanced the prestige of the network.

In the 1980s, however, the bean counters took over. News divisions had their budgets cut and were pressured to drive up ratings, often at the cost of doing actual journalism. The half-hour evening network news shows today are, IMO, much less informative than they were in Walter Cronkite’s day. Of course, their audience share isn’t what they used to be, either, since people have many more viewing options than the three networks.

Weekly news “magazines” like 60 Minutes were supposed to be the answer to the lack of substance on the nightly news. 60 Minute still does some decent segments, but ABC’s 20/20 and NBC’s Dateline mostly focus on true crime stuff these days.

What about cable? Fox News is the ratings leader. Fox, of course, is to information what a black hole is to matter. A number of independent studies over the years have concluded that Fox News viewers are less informed than people who watch no news at all. CNN prefers news stories with compelling visuals, like natural disasters, to explaining what’s in bills.  PBS works so hard at being innocuous and inoffensive that it’s mostly worthless. Only on MSNBC are there still people who just sit in a chair, look at a camera, and provide researched information.

Speaking of MSNBC. last night Chris Hayes commented on polling about the child tax credit, the $300 payment per month for every child under the age of 7 and $250-per-month payment for every child under the age of 17. Although people receiving this benefit do tend to like it, fewer than half of those polled credited Democrats for the benefit, and only 38 percent credited President Biden. Chris Hayes continued,

“I think what we`re seeing there is a testament to what the American voter is saying. They simply do not know. And the Biden administration for better or for worse has not made that case specifically around these child tax credits and how they`re impacting the American people`s lives and making their lives better. We have seen just this overwhelming information zone of topics and issues whether it be COVID, Afghanistan, the battle over saving democracy. And it`s really hard for the average everyday voter to really zero in on these things.”

I don’t know exactly what the answer is, but I do know that the number one job of the Democratic Party right now must be figuring out a way to inform more voters about, for example, what is in the Build Back Better plan, and who is responsible for the checks going to parents. 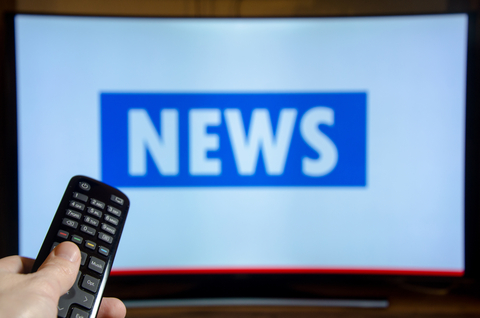