Yesterday’s bit of Trumpazoid Crazy was that Trump issued a statement calling on Republicans to not vote in 2022 and 2024.

“If we don’t solve the Presidential Election Fraud of 2020 (which we have thoroughly and conclusively documented), Republicans will not be voting in ‘22 or ‘24. It is the single most important thing for Republicans to do.” – President Donald J. Trump pic.twitter.com/eZAPCPIUu1

Oddly, right-wing news sources have been quiet about this. All of the commentary about it is coming from the left.

Ed Kilgore asks where Trump might go with this.

Will it be enough when every Republican from sea to shining sea is grinding out a Big Lie message like so many cicadas? Will he then stop saying things that might discourage the people listening to this inane noise from voting in 2022 and 2024? Or are his intentions more sinister? Is Trump making it plain that democratic elections are so hopeless that extra-constitutional measures are the only resort?

Trump is, of course, making an impossible demand about the Big Lie. His theories of how he was cheated of a second term are constantly shifting, not to mention ridiculous. He is not going to be “reinstated.” His claims will not be “solved.” So I’m going with “making it plain that democratic elections are so hopeless that extra-constitutional measures are the only resort.”

It’s widely believed that Trump’s whining about a stolen election suppressed Republican votes in the Georgia Senate elections and helped the two Democrats win. Maybe they would have won anyway. But the Republican Party expects to take Congress back in 2022, and encouraging Republicans to not vote to keep Trump happy is probably not part of their plans.

Greg Sargent has another explanation. He points out that, hours after releasing the “don’t vote” statement, Trump called in to a rally in Virginia with an endorsement of the Republican gubernatorial candidate, Glenn Youngkin. If there’s an actual plan here — with Trump, one never knows — it may be that Trump just wants to tighten his leash on the Republican Party. Keep the Big Lie alive, or kiss off your next election.

All I can say is — pass the popcorn.

In other news: At the risk of rupturing the time-space continuum, I must say that George Will has written a column that I can endorse. Seriously. He reviews a new biography of Robert E. Lee that completely shreds the the old Lee myths.

Princeton’s Allen C. Guelzo, an eminent Civil War historian, has now published exactly what the nation needs as it reappraises important historical figures who lived in challenging times with assumptions radically unlike today’s. “Robert E. Lee: A Life,” Guelzo’s scrupulously measured assessment, is mercifully free of the grandstanding by which many moralists nowadays celebrate themselves by indignantly deploring the shortcomings of those whose behavior offends current sensibilities. But by casting a cool eye on Lee, Guelzo allows facts to validate today’s removals of Lee’s name and statues from public buildings and places.

I have not read this book myself, but according to Will, Guelzo portrays Lee as less than a man of honor than one who was mostly concerned about losing his wife’s Arlington property if he didn’t fight for Confederate Virginia. He was also utterly, callously oblivious to the human suffering caused by slavery. Plus Lee appears to have been a bore with no intellectual interests.

The part about the Arlington property rings true to me. Years ago I read a book titled The Lees of Virginia: Seven Generations of an American Family by Paul Nagel. It traces the fortunes of the Lee family from the first Lee to set foot in North America to the life of the fabled Bobby Lee. As I remember it: Lee’s father, Henry Lee III, aka “Light-Horse Harry,” must have had some serious addictions. He inherited a fortune and burned through that, plus the fortunes of two wives. Whether he did this through financial speculation or plain old gambling wasn’t entirely clear.

As Harry’s first wife was dying, the family was living in the estate she had inherited from her wealthy family. Wife #1 (a second cousin and also a Lee) arranged for the estate to be held in trust for her children so that Harry couldn’t sell it. She was on to him, I take it. It got to a point he was so broke he began selling paintings and furniture and even wine in the wine cellar to keep up appearances. Then he started “borrowing” horses from his rich relatives; he would sell the horse and then report it had run away, or was stolen. Then he tried the same thing with his relatives’ slaves, but one got away and blabbed about what had happened to him. Wife #2, Robert E.’s mother, also was very wealthy, but by the time Robert E. was 2 years old her money was gone, and Harry spent a year in debtor’s prison. Mrs. Lee took Robert and an infant daughter and went to live with her parents, on a plantation near Arlington. Harry did not follow but spent much of the rest of his life in a kind of self-exile in the Caribbean.

So it was that little Bobby Lee grew up in the elite Virginia plantation class but not entirely of it, since he had no money of his own. He was a very privileged charity case. As I recall, he decided to go to West Point for his education because it was free; he didn’t have to ask anyone for money to pay for it. Then he married into the wealthy Custis family of Arlington; his wife was a great-granddaughter of Martha Custis Washington. So through his wife’s fortune he finally had something of his own. It makes complete sense to me that keeping his property in Arlington was more important to him than defending his country. I got the impression from the book that being a respected member of the plantation class was the driving force in Robert E.’s life. 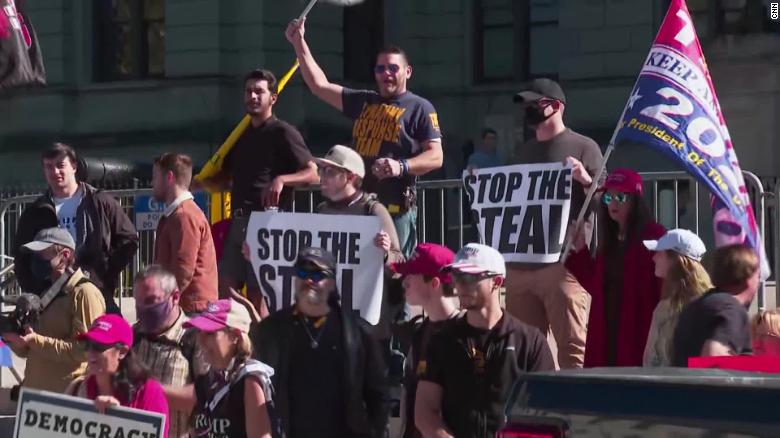