The Washington Post is running a fascinating account of how some people involved in national security were hair-on-fire alarmed about violence at the Capitol before January 6, while other people didn’t take the warnings seriously. See Red Flags (no firewall):

While the public may have been surprised by what happened on Jan. 6, the makings of the insurrection had been spotted at every level, from one side of the country to the other. The red flags were everywhere.

One of the most striking flares came when a tipster called the FBI on the afternoon of Dec. 20: Trump supporters were discussing online how to sneak guns into Washington to “overrun” police and arrest members of Congress in January, according to internal bureau documents obtained by The Post. The tipster offered specifics: Those planning violence believed they had “orders from the President,” used code words such as “pickaxe” to describe guns and posted the times and locations of four spots around the country for caravans to meet the day before the joint session. On one site, a poster specifically mentioned Sen. Mitt Romney (R-Utah) as a target.

An FBI official who assessed the tip noted that its criminal division had received a “significant number” of alerts about threats to Congress and other government officials. The FBI passed the information to law enforcement agencies in D.C. but did not pursue the matter. “The individual or group identified during the Assessment does not warrant further FBI investigation at this time,” the internal report concluded.

FBI officials can be asleep at the wheel for a lot of reasons. A few weeks ago we learned that when U.S. women gymnasts reported sexual predation by Dr. Larry Nassar to the FBI, agents took the information and decided it wasn’t a big enough deal to warrant their attention. On the surface, this appears to be a similar failure.

This bit has been robustly remarked upon:

Some within the FBI and Justice Department privately conceded the bureau had failed to grasp the scale of the threat. Officials simply didn’t believe that the kind of people showing up to a Trump rally would break the law, let alone act out violently.

“There was a bias,” said one person familiar with the FBI’s work before and after Jan. 6. “The bias was the belief that middle-aged, largely law-abiding people don’t burn, loot or throw things at police officers. We underestimated the desperation, anger and conspiratorial nature of the crowd.”

Atrios issued a correction to that second paragraph:

“There was a bias,” said one person familiar with the FBI’s work before and after Jan. 6. “The bias was the belief that middle-aged, largely white people don’t burn, loot or throw things at police officers. We underestimated the desperation, anger and conspiratorial nature of the crowd.”

Ah-hem. Today in the ongoing freak show that is the United States, we learn of a woman who was an enthusiastic participant in the insurrection and who sincerely believes she cannot do jail time for it because she is white. She has yet to be proven wrong.

I still believe it’s possible that pro-Trump elements in national security positions could have deliberately held back. WaPo has an in-depth look at the insurrection itself and what has happened since, but I have not read these yet. But here’s a handy guide for FBI agents: 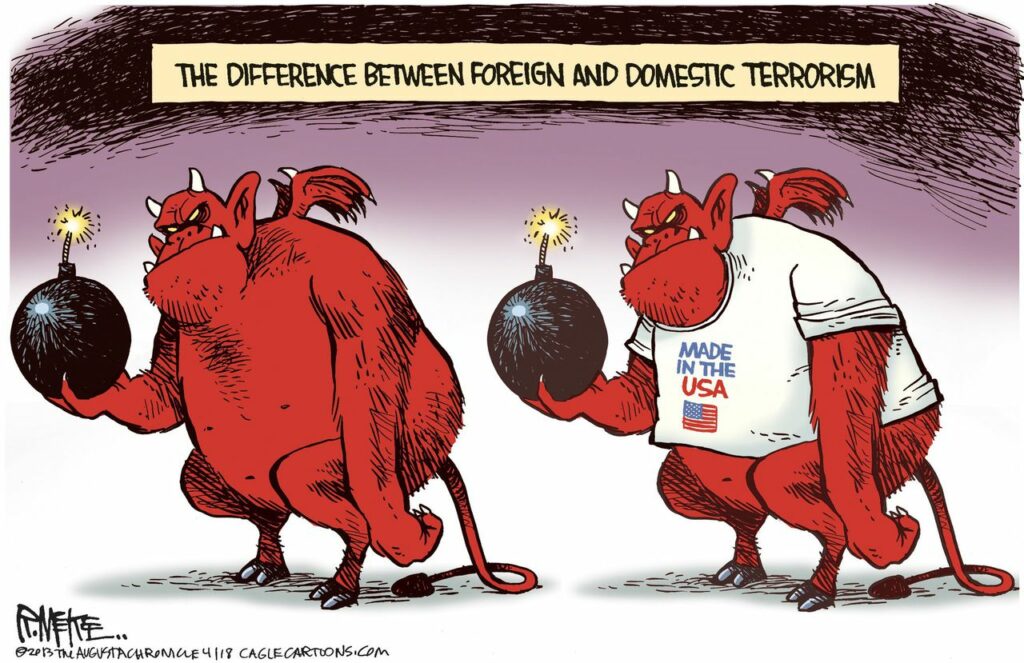