After campaigning as a nice surburban dad who wouldn’t do anything radical or crazy, he went for the radical/crazy as soon as he took office. Dahlia Lithwick:

On his first day in office, Youngkin issued an executive order granting parents of the commonwealth’s 1.5 million schoolchildren the ability to exempt their kids from their school districts’ mask policies if they so choose. Immediately after the order was signed, several superintendents announced plans to keep their mask requirements. Virginia’s lieutenant governor announced that Youngkin could pull funding from any district refusing to comply, although nobody could say whether that was legal. Parents sued to reverse the order, and then seven school boards filed a lawsuit claiming the masks-optional policy violates both the Virginia Constitution, which provides that “the supervision of schools in each school division shall be vested in a school board,” and a 2021 state law that requires school systems to follow federal health guidelines. The Centers for Disease Control and Prevention strongly recommends all students, K–12, wear masks regardless of vaccination status.

And so, all hell has broken loose in Virginia. You’ve probably seen the video of the unhinged Virginia mother screaming that if the school district forced her child to wear a mask, she was bringing “every single gun loaded” to her child’s school. Lithwick:

There’s no point debating who in the complicated mess of parents, schools, local school boards, states, or federal agencies should have the last word on public health measures in a peaking pandemic. That complicated legal question, which will presumably be resolved in the courts, has been temporarily obviated by the choice to say that the wearing of masks is an exigent denial of individual liberty, akin to the wearing of yellow stars in Nazi Germany, and the governor’s decision to empower parents to therefore refuse it. Youngkin, who ran as a “moderate,” entered office with a ban on the teaching of critical race theory (which is not currently taught in K–12 schools in Virginia) and other “divisive” topics. Youngkin’s attorney general has just reversed the state’s position on Roe v. Wade, arguing for it to be overturned this spring at the Supreme Court. This past weekend the AG also fired UVA’s counsel, who was on leave working as the top investigator for the U.S. House panel investigating the Jan. 6 riot—insisting this was not a politically motivated act but not offering any other reason for it.

You wanted Republicans in charge of the state, Virginia, and now you’ve got them. Be careful what to wish for. The new attorney general, Jason Miyares, is a real sweetheart who purged thirty staffers from his office the day before his inauguration. This included the entire conviction integrity unit, which as I understand it investigates possible wrongful convictions.

This past week Youngkin attempted to dial back some of the controversy. “After big-footing his way into a crisis, on Saturday, Youngkin tried to tweet his way out of it with vague platitudes that ultimately contradicted themselves and only added to the confusion: ‘While the legal process continues on the parental opt out of mask mandates for their children in schools, I urge everyone to love your neighbor, to listen to school principals, and to trust the legal process,'” Lithwick wrote.

The problem here is that Youngkin got the order wrong. He was supposed to start with love and respect for school principals, and then build up to rancor and division and threats of violence—it’s so much harder to go in the other direction, as he’s tried to do. Bottling up the outrage after the gun-waving phase proves difficult—ask Donald Trump. By the time parents are marching their kids into schools with copies of a hastily crafted executive order and the directive to refuse to listen to anyone in authority, “love your neighbor” is a fossilized relic of a forgotten time.

In an interview with influential right wing radio host John Fredericks on Monday night, Youngkin demonstrated why this is happening. The episode, reported by The Post, captures something essential about the pathologies that Trump has unleashed in our politics, and the tendency of so many GOP politicians to eagerly go along with them.

Youngkin laced into “left liberals” and school board “bureaucrats,” blaming them for the turmoil that has erupted in response to his new policy. Youngkin recently signed an executive order allowing parents to opt out of mask requirements without any reason, but dozens of school districts are keeping the mandates in place, arguing that the law requires them to do so.

“I’m not surprised at all to hear these reactions from school boards that have consistently prioritized bureaucrats and politicians over the rights of parents,” Youngkin insisted. He said school districts keeping mask requirements “aren’t recognizing the rights of parents today.”

The part that righties refuse to understand, of course, is that masking works best if everyone does it.  They don’t just reduce the amount of virus that might be breathed in, but also that might be breathed out. If only some people in a vicinity are wearing masks they are much less effective at protecting their wearers, although they offer a bit of protection, so it’s still worth wearing them. But the point is that one parents’ decision to send a child to school unmasked doesn’t just affect that child, but all the children. And, frankly, masks aren’t that big a deal. Anti-mask hysteria is utterly irrational.

It’s also the case that a majority of Virginians, including parents of school children, support masking and other mandates. Once again, a minority is being allowed to bully everyone else. And Youngkin’s blaming of allegedly power-mad school district “bureaucrats” — school boards are elected in Virginia — is par for the course. He is the one overreaching his executive authority, but he blames others.

I’d like to throw out one other part of the problem, which is that Youngkin’s entire career has been in business. He’s been in investment banking and management consulting and eventually was a co-CEO of the infamous Carlyle Group, the company in which the Bushes and bin Ladens were both doing business before September 11. Business leaders are not used to having to deal with layers of authority in their own organization that they do not control. That’s something Trump never got; he spent four years treating everyone in federal government as if they worked for him.

I assume Youngkin is more intelligent than Trump (most vertebrates are) and that he has a theoretical understanding of how government works. But he’s got a learning curve ahead of him if he’s going to change the way he’s always run businesses and adjust to the realities of government. Especially in our diffuse federalist system in which power is not supposed to be centralized, Youngkin’s well-honed CEO skills are not likely to work very well.

I’m reminded of Rex Tillerson, the Exxon-Mobil CEO who was Trump’s first secretary of state. One of the first things he wanted to do is make the State Department more “efficient,” which amounted to gutting it. I’m sure he has a lot of experience in taking over some company or division and redesigning it to his liking, but he seems not to have firmly grasped what it is departments of state do. These guys are not always all that flexible. They’ve got one skill set that worked for them in business, and they tend to stick to it even when it isn’t working. 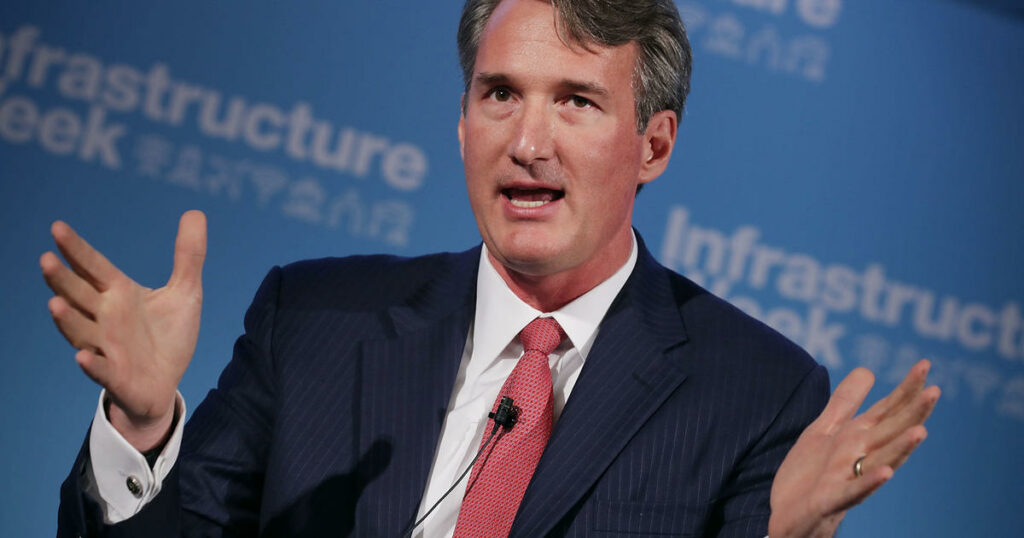