That thumping sound you hear comes from Trump’s lawyers banging their heads on walls.

Trump released a statement Sunday night asserting not only that Pence could have overturned the election himself but that he should have. The former president did so in the context of some Republicans pushing for a law that would clarify that the vice president doesn’t, in fact, have this power.

“Actually, what they are saying is that Mike Pence did have the right to change the outcome, and they now want to take that right away,” Trump said. “Unfortunately, he didn’t exercise that power, he could have overturned the Election!”

I  believe this is the statement, with highlights added. 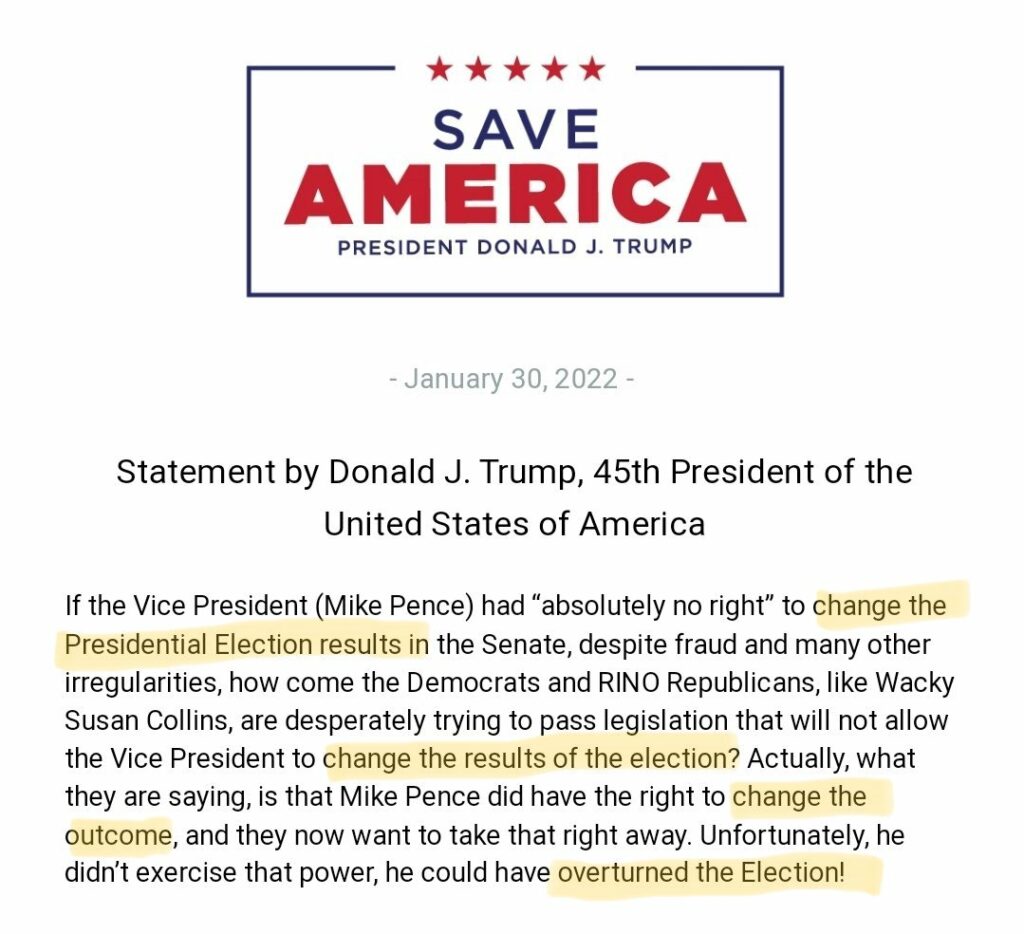 Aaron Blake goes on to cite all the people in Trump’s inner circle who said, yeah, this idea about Pence changing the outcome was floating around, but we all knew it was crazy. Nobody took it seriously.

Well, it looks like somebody took it seriously. Blake continues,

Trump, of course, has made little secret that he saw this as a viable path. He floated both options as late as Jan. 5, 2021, saying Pence could “also decertify the illegal and corrupt results and send them to the House of Representatives for the one-vote-for-one-state tabulation.”

He’s now reasserting, more than a year later, that that’s the path Pence should have indeed pursued. He’s advocated something so anti-democratic that his own lawyers and vice president have said it was illegal, “crazy” and “un-American.” That could certainly bear on both the Jan. 6 investigation — in that it reinforces Trump’s true motive — and the Electoral Count Act overhaul effort — in that it actually reinforces the need to clarify this.

But more than anything, it renders Republican efforts to suggest this was anything other than an attempted self-coup rather silly. And it also renders any suggestions that he wouldn’t try this kind of thing again even sillier.