Here’s some history that may seem irrelevant to anything going on now, and maybe it is, but I want to use it to make a point.

While researching my book The Circle of the Way I learned a lot about Japanese history, beginning about 552 CE, when Buddhism was introduced to Japan, to the present day. This includes the militarization of Japan that began in the late 19th century and which terminated in defeat in the Pacific War, 1945. With the caveat that I’m hardly an expert on Japanese history, it does seem to me that the driving purpose behind that militarization arose from things buried deeply in Japan’s history, and in the Japanese psyche. The reasons for Japan’s wars of aggression were more sociopsychological and sociocultural than geopolitical.

Beginning in the 8th century, Japanese emperors developed a unique problem — too many sons. These sons were delivered of several women, but Japan didn’t seem to have developed the concept of illegitimacy, so all the sons were considered noble and potential heirs to the throne. And they all required an inheritance, so they were not only a potential source of political instability but also a drain on the budget. Daughters could be married off, but what do you do with surplus sons?

The answer, for several emperors, was to strip the sons of lesser mothers of their rank and titles and exile them from Kyoto, then the capital city. Many of these once-privileged men had a burning desire to claw their way back to importance. They did this by conquering territories in what is now northeastern Japan that had not been part of the empire before. This territory was populated by a fierce warrior people called the Emishi, who fought on horseback with curved swords designed for slashing. Eventually the conquered territories were a patchwork of hereditary fiefdoms owned by the families of the exiles, who collectively adopted a new name for themselves — samurai, those who serve.

To very oversimplify, the samurai came to power in the 12th century through military conquest and a lot of court intrigue, and from that time until the Meiji Restoration began in 1868, Japan was a military dictatorship ruled by the Shogun and the samurai class. In time, only those born into the samurai class were allowed even to carry weapons. There was still an emperor, mind you, but he was a figurehead. In that culture, loyalty and discipline were so valued that if you displeased whatever lordly samurai you answered to, usually you would not be executed but ordered to commit ritual suicide. And you would do it.

When European merchants and missionaries began showing up in the early 16th century, at first the Japanese tolerated them and even found them interesting. But it didn’t escape notice that other Asian countries were becoming European colonies. The merchants and missionaries came to be seen as the tip of the spear of European conquest, and in 1603 the shogun Tokugawa Iemitsu ordered that Japan be almost completely cut off from the rest of the world. Trade with China continued through the port of Nagasaki, and an office of the Dutch East India Company in Nagasaki was allowed to remain in operation. So information about the wider world did get through the barrier. But most Japanese were not allowed to leave Japan, and as a rule foreigners were not allowed inland beyond Nagasaki.

So it was that when Admiral Perry arrived in Tokyo Bay in 1853 with a fleet of cutting-edge steam-powered warships, armed with guns that fired 150-pound shot, the Japanese suddenly realized the uncouth barbarians had gotten ahead of them in technology.  They realized also that their coastal cities could not be defended against a modern navy. Admiral Perry’s little visit touched off a series of events that toppled the last shogunate and restored power to the teenage Meiji Emperor in 1868.

The Meiji Emperor was a forward-thinking young man who decided Japan had to stop being a medieval backwater and join the modern world. Within a few short years the old fuedalist system of ancestral fiefdoms was demolished. The country was reorganized into prefectures with state-appointed governors. Industrialization and the introduction of new technologies and modern banking systems quickly followed. There was even an elected parliament and prime minister, although suffrage was limited and the Emperor still pretty much was in charge of the big stuff.

And the samurai class was abolished. Japan built a modern military based on European models, and young men of all backgrounds were consripted into it. But no more samurai.

Then Japan got to try out its new, modernized army, first against China and then against Russia. In the First Sino-Japanese War (1894-1895), Japan fought Qing Dynasty China over influence in Joseon Dynasty Korea. China had not modernized its army and sued for peace. The defeat for China touched off events that led to the 1911 revolution that deposed the last emperor. The victory for Japan persuaded the Japanese they should be considered the great power of Asia.

Then there was the Russso-Japanese War, 1904-1905. There is quite a good article about this war and its effects on 20th century history at the Association of Asian Studies that I recommend.  Very briefly, both Russia and Japan had imperialist plans for Korea and Manchuria, so they had a war. And Russia did very badly. In fact, the war should have ended more quickly, but Tsar Nicholas II refused to believe his army would lose to Japan. Many years earlier he had visited Japan as Tsesarevich and barely survived an assasination attempt there. He considered the Japanese to be “a bunch of monkeys” ever after. How could Japan possibly defeat Imperial Russia? More to the point, how could a nonwhite nation defeat a white one? It soon became obvious that the Japanese had a superior military to Russia, but even so both sides were depleted when President Theodore Roosevelt offered to broker peace.  One problem with the peace deal is that TR denied the Japanese an indemnity it expected, which led to two days of rioting in Tokyo. Per the Assocation of Asian Studies:

After courting the Japanese, Roosevelt decided to support the tsar’s refusal to pay indemnities, a move that policymakers in Tokyo interpreted as signifying that the US had more than a passing interest in Asian affairs. Indeed, the argument can be made that the conduct of the United States during the treaty negotiations that ended the Russo-Japanese War not only contributed to the broader recognition of its growing role in the Pacific, but also started US and Japanese policymakers down the road that resulted in Pearl Harbor and culminated at Hiroshima and Nagasaki.

But in the early 20th century there was another factor eating away at Japanese modernity, and that was the lost tradition of the samurai. Japan’s was a conservative culture that romanticized the old days of samurai military rule. The men who were the top officers of the military were the sons and grandsons of samurai, and these officers had not received the inheritance their forefathers had received. And so it was that Japan drifted down a rabbit hole of right-wing authoritarianism. By the 1930s, Japan had effectively become a military dictatorship once again. More than one historian has pointed out the parallels between the 1930s Japanese military top brass and the exiled imperial sons of earlier centuries who came back to power through military conquest of the Emishi.

And this brings me to Russia and Ukraine. I keep running into people who are still clnging to the notion that Putin has some legitimate grievance regarding NATO that explains the invasion. And I have also run into the notion that the invasion is really about oil deposits in the Black Sea that Russia wants. People will argue and argue this point.

But I think the truer reasons for Russia’s wars of aggression are more sociopsychological and sociocultural than geopolitical or economic. Truly, if you look closely, more often than not this explains most modern wars. Nations choose to engage in war for reasons that are mostly intangible, possibly even imaginary. That was certainly true for Germany in World War II. It was true of the U.S. in Vietnam and Afghanistan/Iraq. I could go on. And in the interest of world peace, this needs to be acknowledged. Maybe we’ll stop making the same mistake if this is better understood.

Please see Russia believed the West was weak and decadent. So it invaded. by Kristina Stoeckl and Dmitry Uzlaner at the Washington Post.

Russia presents itself as being at the forefront of the global culture wars, leading the resistance to liberal values. Russian anti-Westernism has religious implications: According to its own narrative, Russia is guarding true Christian faith, as embodied in the Eastern Orthodox church, from Western attempts to distort it, whether through Marxism in the 20th century or liberalism in the 21st.

Ukraine plays an important role in this story. It is depicted as part of the “Russian world,” the cradle of Russian civilization, which for many centuries was centered not around Moscow but around Kyiv, capital of today’s Ukraine. Ukraine’s choice to orient itself toward the West and reconcile a Slavic Orthodox identity with liberal democratic values is thus dangerous to this Russian vision of itself.

The article goes on to say that mixed into the Russian vision of itself is a whole lot of Christian conservatism imported from the U.S. that also saw the West as hopelessly corrupt and failing.

This account of the West helped give birth to a new Russian triumphalism. Russian media filled with TV shows and “documentaries” on “Gayropa” and “Sodom.” These shows conjured up a caricature of weak “gayish” Western males and women who lost their femininity by competing with men in spheres where they could achieve nothing serious.

Russian media frequently stressed the oddity that many Western democracies nominated women as defense ministers, as if that was the ultimate proof that the West has lost its ability to defend itself. In this collective image of a weak West, Russia depicted itself (to the inside and outside) as the country of strength, the bulwark of traditional families: with strong men, fertile women and children properly guarded against subversive homosexual propaganda.

Sounds like Florida. And, frankly, I’m sure Trump as president fed into Putin’s fantasies of the weak West. But I am done with people who keep whining that this war is somehow NATO’s fault. 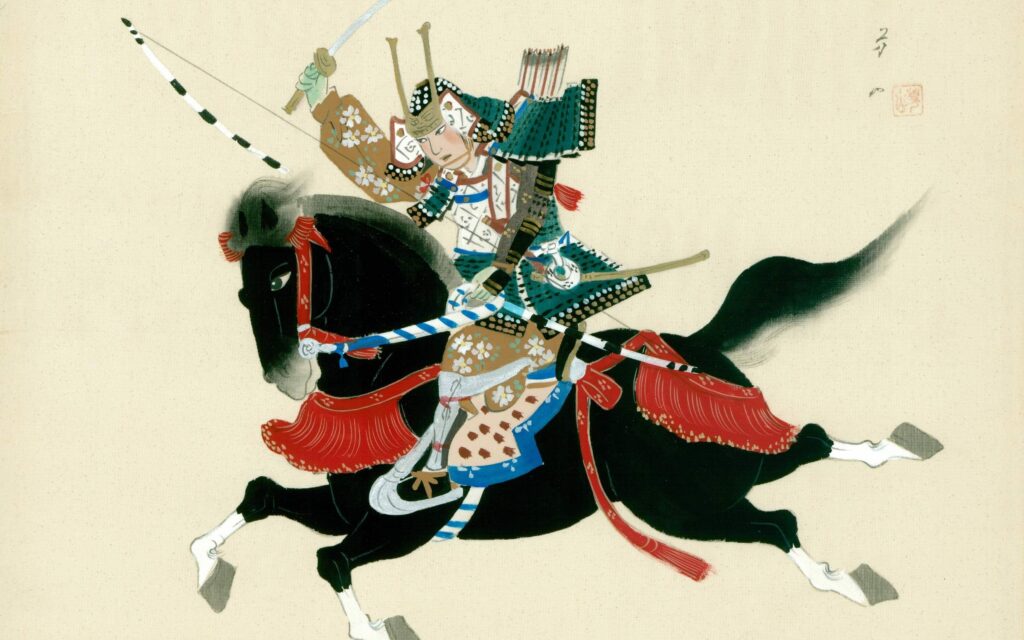