Fourteen children and a teacher were killed today in a mass shooting in an elementary school in Texas. As of this writing no one is saying how old the children were. The suspected shooter, a teenager, is reported to be dead also. Other children have been hospitalized.

Early reports say the shooter used a handgun but may have had a rifle also.

Less than a year ago, Gov. Greg Abbott signed seven gun rights bills into law. One of them, HB 1927, allowed eligible Texans to carry a handgun without a license or without training. Another, SB 550, got rid of a requirement to keep firearms in a shoulder or belt holster.

Texas Gov. Greg Abbott signed seven bills into law Thursday that will expand gun rights in the state. The signing took place less than a week after a mass shooting in Austin killed one person and injured 14 others.

“Texas will always be the leader in defending the Second Amendment, which is why we built a barrier around gun rights this session. These seven laws will protect the rights of law-abiding citizens and ensure that Texas remains a bastion of freedom,” Abbott said during Thursday’s signing ceremony at the Alamo in San Antonio. …

… “Those who believe and support Second Amendment rights, we support the right of every law-abiding American to have a weapon and defend themselves,” Abbott said. 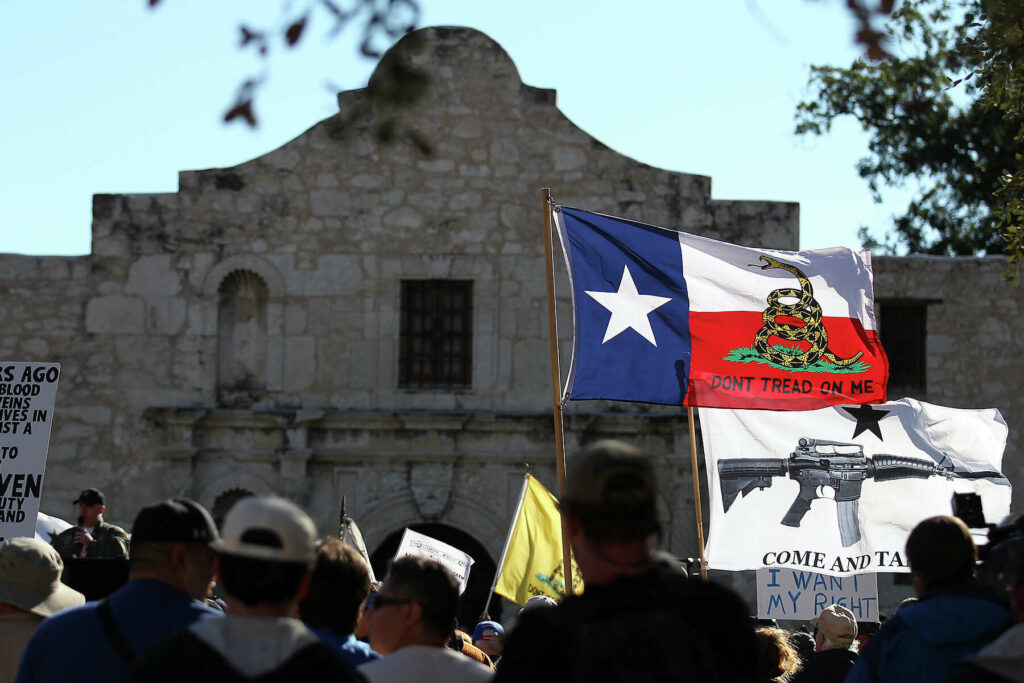 Gun rights rally at the Alamo.