Turns out that Donald Trump isn’t the only sore loser. Remember the Oregon House primary in which the Democratic incumbent, Kurt Schrader, lost to progressive challenger Jamie McLeod-Skinner? Today Schrader is all sour grapes about the Democratic Party.

In his first interview since his defeat, Schrader told a local television station that he believes McLeod-Skinner will lose the race for Oregon’s 5th Congressional District in November.

House Speaker Nancy Pelosi (D-Calif.) and the Democratic Congressional Campaign Committee have both pledged their full support for McLeod-Skinner, but Schrader has yet to officially endorse her.

Schrader also revealed in the interview that there is a “significant chance” he will endorse independent centrist Betsy Johnson’s gubernatorial campaign, rather than backing Democratic nominee Tina Kotek, the former speaker of the state’s House of Representatives.

“I think people are exhausted with the extreme, far-right Trumpites. I think they’re very concerned about the socialist drift on the Democrat left,” Schrader said. “So that opens up the middle.”

But what middle? And a look at Schrader’s record suggests the party is better off without him. This article goes on to inform us that Schrader “was one of two House Democrats to vote against a package of stricter gun regulations that included raising the legal eligibility age for purchase of a semi-automatic rifle to 21. Five Republicans voted for the whole package and 10 Republicans voted for the stand-alone bill to raise the eligibility age for purchasing long guns; Schrader did not vote for the latter, either.”

So standing in the way of gun control is “centrist,” now?

Let’s see what else is “centrist” — Last year, Schrader was one of three House Democrats who used their seats on the House Committee on Energy and Commerce to block a vote on a bill to allow Medicare to negotiate drug prices. That’s “centrist”?

A super PAC funded by the pharmaceutical industry blew more than a million dollars in an effort to salvage the career of former Blue Dog Coalition Chair Kurt Schrader, the Oregon Democrat who cast the deciding vote against drug pricing reform in the House Energy and Commerce Committee and organized with Rep. Josh Gottheimer, D-N.J., to derail President Joe Biden’s Build Back Better agenda. His opponent, Jamie McLeod-Skinner, lambasted him repeatedly as the “Joe Manchin of the House.” Because Oregon votes by mail, and some ballots were blurred and unreadable in areas favorable to Schrader, results may not be known until early next week, but despite a funding disparity of some 10 to 1, the incumbent is on the ropes.

My impression of the shrinking number of Democratic “centrists” is that they sincerely believe the party belongs to them and the progressives are interlopers, even though there are a lot more people in the Progressive Caucus than in the Blue Dog Coalition. It’s that sense of entitlement that used to whiff off of die-hard Clinton supporters. They and only they were “real Democrats.”

The problem with the “centrists” is that they most closely resemble pre-Reagan era Republicans than anything else. If they have a political future, it’s more likely in a Republican party rebuilding after Trumpism collapses. If it does. We need them in the Democratic Party like we need more mosquitoes. 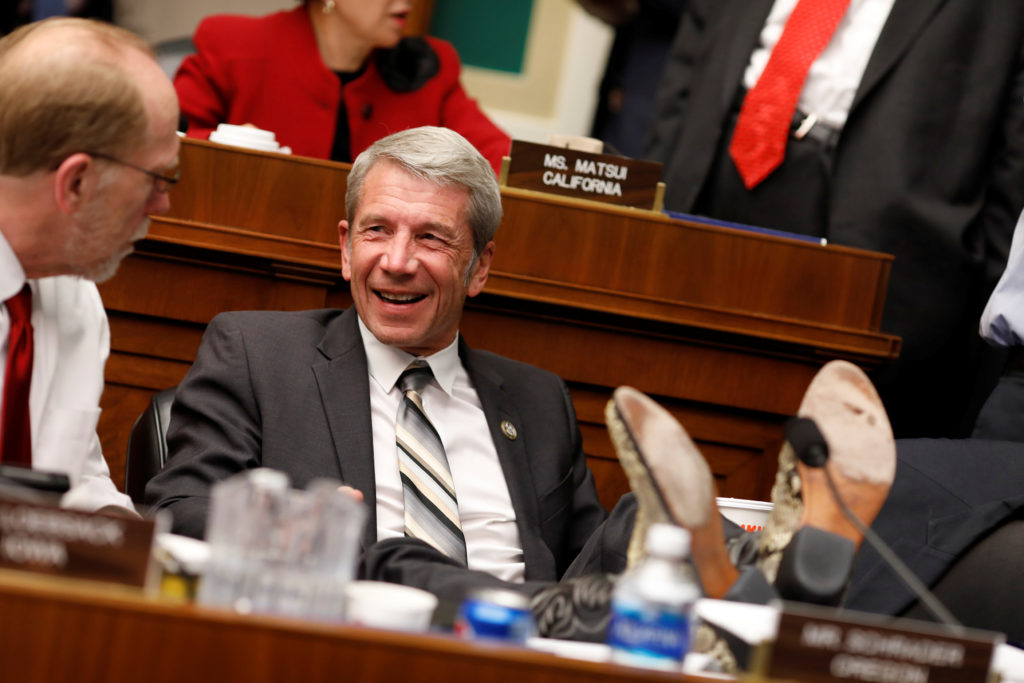 Feel free to comment before, during, and after today’s hearings.

Update: I understand today’s hearing was on Fox News, although of course this is probably a different audience from those who tune in to the weeknight bobblehead lineup. But somewhere there must be MAGA-heads who caught the testimony in a waiting room or airport, and I’d love to ask them what they thought. Did you donate any money to the election defense to fight the fraud? Did you know that money mostly just went into Donald Trump’s pocket?

The MSNBC bobbleheads talked a lot about intent. Did Trump know he was lying when he continued to push election fraud claims, and if not, does that give him a legal excuse for continuing to push those claims? What I got out of the commentary is that most judges don’t accept willful denial of facts as a defense. If X has been explained to you (by several people whose job it is to know X) and yet you continue to claim Y in order to get something you want, you intended to deceive. Even if you continue to swear up and down that you believe Y to be true.

It’s probably the case that Trump’s understanding of “truth” was warped long ago. “Truth” is an abstraction that is meaningless to him. There is only what he wants, and any way to get to what he wants is legitimate, to him.

As all those people who testified today explained, over and over, that they told Trump clearly that his voter fraud claims were baseless, what I saw was the spoiled kid who was never told no. Trump learned long ago that if he throws a big enough temper tantrum he’ll get what he wants. And now that he’s become, in effect, a cult leader, he can always get his culties to throw his temper tantrums for him. That’s what January 6 was; a temper tantrum to get the grown ups to back down and let him have his way.

Note that the witness who couldn’t come because his wife is in labor, Bill Stepien, is working as an advisor/consultant to the campaign of Wyoming Republican Harriet Hageman. This is the woman running against Liz Cheney in the House primary in Wyoming. This may be why Cheney took a back seat today; it would not have been proper for her to question Stepien, obviously.

The testimony today painted the picture that everyone with Donald Trump on election night, watching the returns come in, told him that it was too early to declare victory and that he could lose. Here is what he did say on election night:

It was an “apparently inebriated” Rudy Giuliani who told Trump to declare victory, and so he more or less did, while calling for “all voting to stop.” “We will win this, and as far as I’m concerned, we already have,” Trump said.

He was told about the “red mirage,” the way early vote counts favor Republicans but the mail-in votes, counted later, are overwhelmingly Democratic. Nope; didn’t register. The facts got in the way of what he wanted.

And, of course, all these administration and campaign officials, especially Bill Barr, who knew the truth and said little in public at the time haven’t exactly crowned themselves in glory. This is true even though Barr did invite Michael Balsamo, a Justice Department beat reporter for the Associated Press, to a private lunch on December 1, 2020, and told him there was no evidence of enough fraud to overturn the election. That was Barr doing his due diligence, I guess. But according to this Atlantic article, Barr only talked to that reporter at the urging of Mitch McConnell, who was frantic to win the Senate runoff elections in Georgia and believed the GOP would have a better shot if it were clear that Joe Biden would be in the White House.

See also Tim Miller at The Bulwark, “No, Bill Stepien, You Weren’t On “Team Normal.” You Were On “Team Coup.” There was a lot of self-delusion going on, and it wasn’t just Trump. The people trying to explain to Trump that he had really, truly lost and tried to guide him toward being a gracious loser were just about as deluded as Trump.

Trump doesn’t do “gracious.” Surely everybody knew that already.