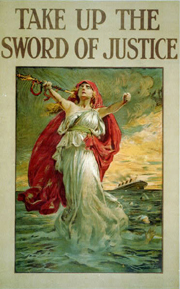 The Justice Department’s Civil Rights Division, which has enforced the nation’s anti-discrimination laws for nearly half a century, is in the midst of an upheaval that has driven away dozens of veteran lawyers and has damaged morale for many of those who remain, according to former and current career employees.

Nearly 20 percent of the division’s lawyers left in fiscal 2005, in part because of a buyout program that some lawyers believe was aimed at pushing out those who did not share the administration’s conservative views on civil rights laws. Longtime litigators complain that political appointees have cut them out of hiring and major policy decisions, including approvals of controversial GOP redistricting plans in Mississippi and Texas.

None of us alive today will live long enough to see all the damage corrected that the Bushies have done.

At the same time, prosecutions for the kinds of racial and gender discrimination crimes traditionally handled by the division have declined 40 percent over the past five years, according to department statistics. Dozens of lawyers find themselves handling appeals of deportation orders and other immigration matters instead of civil rights cases.

Why are we not surprised?

This is your Bush Justice Department at work, five years along now, ignoring votings rights and race, age, and sex discrimination cases against employers in favor of directing its Civil Rights Division staff towards deportation cases. In other words, Bush is turning a blind eye to the original mission of the division, and pleasing his corporate check-writers in the process, by having newly hired and more ideological attorneys pursue politically-driven immigration and deportation cases. These cases don’t deal with the civil rights of our citizens, and should be handled by attorneys elsewhere in the federal government. …

We hurt ourselves when we give up the moral high ground. It’s a theme that you can’t repeat enough. We see it in arguments about terror and torture, about Abu Ghraib and “tough treatment” (e.g. waterboarding). We’ve begun to see it in arguments about immigration (think Minutemen). And this administration, led by Cheney and his new chief of staff, have led us down (not up) in these last five years.

To a rightie, “moral high ground” is “whatever I feel like doing must be right, ’cause Jesus loves me.”

The only saving grace is that the incompetence of many of the Bush appointees prevents the complete control of the levers, but (alas) this seems to be the one thing they’re actually good at. And the trust issue at some under the surface level is wrapped up with this as well. If you don’t hold the moral high ground, how can you trust the President in wartime or disaster time or at any time?

1 thought on “Justice Goes the Way of FEMA”