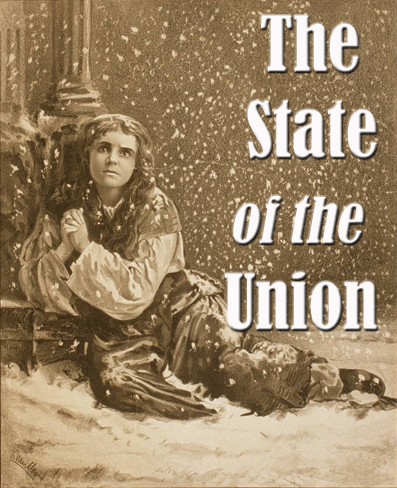 Join us for the autopsy. BYOB.

Elsewhere — via Paul Krugman, I see that Senator Tom Udall is making proposals to change Senate rules that do not require a constitutional amendment.

The CIA guy who claimed waterboarding “worked” has retracted; says he wasn’t even there.

10 thoughts on “State of the Union — Live Blog Tonight”