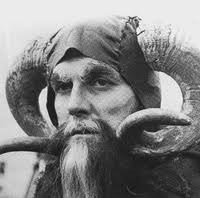 Tim Pawlenty gave an economic speech in which he laid out his bold! serious! plans for growing the economy.

Then, once we get the taxes cut he wants a constitutional amendment that not only requires a balanced budget but which caps federal spending at some percentage of GDP. And he wants the Environmental Protection Agency to be privatized and some other stuff. And then the Free Market Fairy will come and put a 5 percent annual growth rate under our pillows.

These proposals, taken together would bestow a massive tax cut on the wealthiest people in the country. They would also reduce overall federal revenues to a such a low level that even if Pawlentyâ€™s draconian, radical spending targets were achieved, deficits and debt would still soar out of control.

All together, Pawlentyâ€™s tax proposal would generate an average revenue level of just 13.6 percent of GDP from 2013-2021. That translates to a tax cut of $7.8 trillion, and thatâ€™s on top of $2.5 trillion cost of extending all of the Bush tax cuts (see below for details on how this estimate was calculated).

Pawlenty also says that he will balance the budget, and cap spending at 18 percent of GDP. Unfortunately for Pawlenty, his tax plan leaves him about $8.4 trillion short.