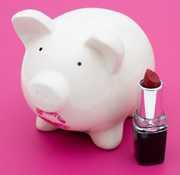 As Jeffrey Bell, author of the new book The Case for Polarized Politics, notes in a Wall Street Journal interview, Santorumâ€™s style of social conservatism is deeply American. No other Western country saw the rise of such a social-conservative movement after the social upheaval of the 1960s. Bell traces American social conservatism back ultimately to the God-given natural rights enunciated in the Declaration of Independence. Sure enough, Santorum is given to quoting the Declaration.

Why are Americans uniquely crazy? Maybe it’s something in the environment. The air, the air, is everywhere …

That wonâ€™t stop Santorum-haters from portraying him as threateningly un-American.

Has anybody been calling Frothy “un-American”? I can’t say that I’ve seen that. “Dangerously blinkered religious fanatic” is closer to it.

Patrick Buchanan explains the slippery slope America has been sliding down:

An early triumph of secularism came with the Scopes trial in 1923 in Dayton, Tenn. Clarence Darrow, defending a teacher who had violated state law by introducing Darwinâ€™s theory of evolution into the classroom, mocked the Old Testament teachings of the Evangelical Christians, to the merriment of the establishment.

From that day on, Darwinism was taught in our schools, first as theory, then as fact, then as higher truth. With the Darwinian tenet â€” we evolved, we were not created â€” established truth in the public schools, secularism set about driving its enemy, Christianity, out completely.

All Christian commandments, holidays, prayers, pageants and plays were gone. Where Woodrow Wilson, Harry Truman and Jimmy Carter had declared that America is a Christian nation, Obama has declared, â€œWe do not consider ourselves a Christian nation,â€ but rather a nation of all faiths.

Shudder. Of course, this really goes back to The Virginia Act For Establishing Religious Freedom (1786), of which Thomas Jefferson said,

The bill for establishing religious freedom, the principles of which had, to a certain degree, been enacted before, I had drawn in all the latitude of reason and right. It still met with opposition; but, with some mutilations in the preamble, it was finally passed; and a singular proposition proved that its protection of opinion was meant to be universal. Where the preamble declares, that coercion is a departure from the plan of the holy author of our religion, an amendment was proposed, by inserting the word “Jesus Christ,” so that it should read, “a departure from the plan of Jesus Christ, the holy author of our religion;” the insertion was rejected by a great majority, in proof that they meant to comprehend, within the mantle of its protection, the Jew and the Gentile, the Christian and Mahometan, the Hindoo, and Infidel of every denomination.

The Santorum campaign is what happens when the old zombie ideas — cut taxes; deregulate — are so worn out even the candidates are bored with them.