Along with trying to claim that Sanders invited himself to the Vatican — debunked by Reuters — now Clinton supporters are claiming that the invitation didn’t even come from the Vatican. 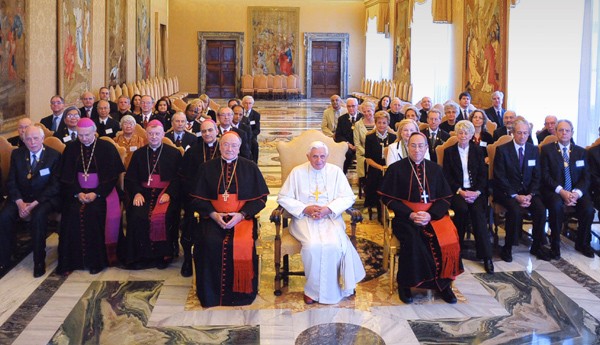 Yet somehow, in the fevered imagination of Clinton supporters, PASS has no connection to the Vatican. Uh-huh.

The chancellor of the Academy,Â Monsignor Marcelo Sanchez Sorondo, has spent the past several hours debunking false reports (apparently generated by Bloomberg News) that Sanders had invited himself. No, says the Monsignor; I invited him. It was my idea, he said. He also said it was absolutely not true that Sanders broke any kind of protocol, as Bloomberg News reported.

A Bloomberg report quoted Margaret Archer, president of the Pontifical Academy of Social Sciences, as saying that Sanders had broken with protocol by failing to contact her office first.

“This is not true and she knows it. I invited him with her consensus,” said Sorondo, who is senior to Archer.

Now, why would Bloomberg News generate a phony story like that? I can only imagine.

There is more background on the event The Atlantic.