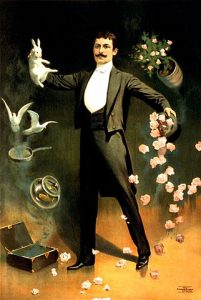 A few days ago, we were told that Donald Trump had signed a $110 billion arms deal with Saudi Arabia. Details were not made available to the press immediately, but we were assured that this was a Big Deal.

I’ve been keeping an eye out for analysis of what jobs might be created, or whether Congress actually would approve it. but it turns out there’s nothing to approve.

That’s right; the Brookings Institution is reporting that there is no arms deal.

Iâ€™ve spoken to contacts in the defense business and on the Hill, and all of them say the same thing: There is no $110 billion deal. Instead, there are a bunch of letters of interest or intent, but not contracts. Many are offers that the defense industry thinks the Saudis will be interested in someday. So far nothing has been notified to the Senate for review. The Defense Security Cooperation Agency, the arms sales wing of the Pentagon, calls them â€œintended sales.â€ None of the deals identified so far are new, all began in the Obama administration.

The author, Bruce Riedel, says that it’s doubtful the Saudis could pay for a $110 billion arms deal, anyway, given the price of oil these days.

So what was that dog and pony show inÂ Riyadh about, anyway? I’ll bet you can guess, but here’s a hint:

The Trump International Hotel received about $270,000 from a lobbying campaign tied to the government of Saudi Arabia last year, according to a filing submitted to the Justice Department last week.

The filing from theÂ MSLGroup, a public relations firm, shows that the group spent about $270,000 at the Trump International Hotel while conducting lobbying efforts on behalf of the Saudi Arabian government. MSLGroup was helping Saudi Arabia with several lobbying efforts, including opposing the Justice Against Sponsors of Terrorism Act (JASTA), which allows the families of 9/11 victims to sue Saudi Arabia.

Yes. The so-called president insults the mayor of London for allegedly being soft on terrorism; meanwhile, he’s been in bed with a group trying to prevent the Saudis from owning up to their role in 9/11. An attack on Trump’s city. What a guy.

7 thoughts on “The Art of the Fake”