Jared Kushner and Russiaâ€™s ambassador to Washington discussed the possibility of setting up a secret and secure communications channel between Trumpâ€™s transition team and the Kremlin, using Russian diplomatic facilities in an apparent move to shield their pre-inauguration discussions from monitoring, according to U.S. officials briefed on intelligence reports.

Ambassador Sergey Kislyak reported to his superiors in Moscow that Kushner, son-in-law and confidant to then-President-elect Trump, made the proposal during a meeting on Dec. 1 or 2 at Trump Tower, according to intercepts of Russian communications that were reviewed by U.S. officials. Kislyak said Kushner suggested using Russian diplomatic facilities in the United States for the communications.

President Donald Trump’s son-in-law and senior adviser, Jared Kushner, deniedÂ in a statement MondayÂ that he suggested setting up a “back channel” communication line to the Kremlin that would bypass US intelligence agencies and persist after Trump was inaugurated.

But Kushner acknowledged in the statement, which came ahead of a closed-doorÂ appearance before the Senate Intelligence Committee, that he asked Russia’s ambassador to the US in December whether the Trump transition team could use Russia’s embassy to communicate privately with Moscow about Syria.

The Presidentâ€™s son-in-law and trusted adviser Jared Kushner failed to provide Senate investigators with emails he was forwarded about WikiLeaks and an invitation to contact Russia through a â€œbackdoor,â€ two senior lawmakers claim.

In aÂ letterÂ to Kushner’s lawyer Abbe Lowell, Senator Chuck Grassley and Senator Dianne Feinstein revealÂ that Kushner received emails in September 2016 about WikiLeaks and about a â€œRussian backdoor overture and dinner invite.” …

The Senate lawmakers say they know of the existence of the documents from other witnesses in their investigation. Yet Kushner, who says he is cooperating, has not produced them.

â€œThere are several documents that are known to exist but were not included in your production. For example, other parties have produced September 2016 email communications to Mr. Kushner concerning WikiLeaks, which Ðœr. Kushner then forwarded to another campaign official,â€ the letter reads. â€œLikewise, other parties have produced documents concerning Ð° “Russian backdoor overture and dinner invite” which Mr. Kushner also forwarded.â€ 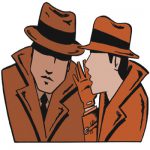 It’s not clear from the article exactly what happened when or who issued the invitation to Kushner, although it may have beenÂ Sergei Millian, a Russian-American businessman who mayÂ be one of the sources included in the Steele dossier. But it certainly sounds like the backdoor-backchannel thing was something Kushner at least tried to set up.

7 thoughts on “Jared’s Got Some ‘Splainin’ to Do”