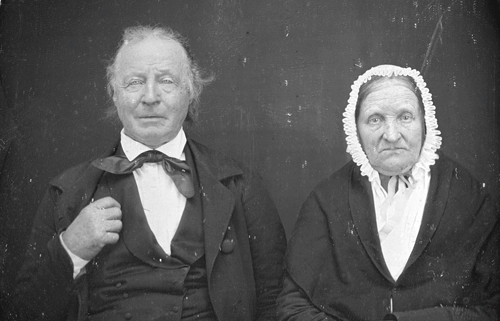 Do you want to know why Nancy Pelosi should retire already? This is why.

House Minority LeaderÂ Nancy PelosiÂ (Calif.) and other top Democrats are vowing to abide by fiscally hawkish pay-as-you-go rules if they seize the majority next year, rejecting calls from liberals who feel theyâ€™d be an impediment to big legislative gains.

Pelosi, who adopted â€œpay-goâ€ rules when she held the Speakerâ€™s gavel more than a decade ago, says sheâ€™ll push to do it again if the Democrats win the House in Novemberâ€™s midterm elections.

â€œDemocrats are committed to pay-as-you-go,â€ Pelosi spokesman Drew Hammill said Tuesday, affirming the policy would be a 2019 priority.

Rep.Â Steny HoyerÂ (D-Md.), the minority whip, is also endorsing the notion that a Democratic majority should adopt the budget-neutral rules next year.Â â€œThe pay-go rule is a good rule and we ought to reinstitute it,â€ Hoyer told The Hill last week.

In fact, itâ€™s a stupid rule. It is entirely counter-productive to progressive policy goals. It puts the Democratic Party in conflict with the blogâ€™s First Law Of Economics â€“ Fck The Deficit. People Got No Jobs. People Got No Money â€“ and it revives Zombie Simpson-Bowles to stalk the halls of Congress again. In case nobody in the Democratic leadership has noticed, the rising energy in the party is not coming out of the budget-hawk cryptkeepers. This takes seriously the laughable fiction that the Republicans care about deficits and will use them as an effective club on the Democrats. Right now, the country is giving serious consideration to things like Medicare-for-all and some sort of free college. This isnâ€™t the time to go all Al From again. It also guarantees a serious intraparty skirmish thatâ€™s already underway.

Unfortunately, we have a situation where one party invariably balloons the deficit whenever it takes power, yet somehow retains a reputation for â€œfiscal conservatism,â€ while the other party works hard to make sure everything it does when itâ€™s in power is fully paid for, yet somehow gets tagged as profligate spenders squandering taxpayer resources.

The way out of this losing game would be for Democrats to stop playing. …

…Pay-go has its origins in a 1990 budget agreement, but when Republicans have been in charge, theyâ€™ve tended to waive it so they could pass what they wanted. When Democrats took back Congress in 2006 (under Pelosiâ€™s leadership), they proclaimed their commitment to pay-go as evidence that unlike George W. Bush â€” who used deficit spending to fund a couple of wars and a couple of tax cuts â€” theyâ€™d bring back fiscal probity. In 2010, they even passed a law, which President Barack ObamaÂ signed, mandating that new spending had to be paid for with tax increases or cuts elsewhere (thereâ€™s more of an explanationÂ here).

So it winds up being something that binds Democrats but has no effect on Republicans, who are happy to waive the requirements whenever they like or find some other way around them. Only Democrats ever bother answering the â€œHow are you going to pay for this?â€ question for their legislative priorities.

Once again, Democrats think they have to cater to the mythical center while telling their own base to go play in traffic.

So what are the consequences of Democrats making this pledge? If theyâ€™re successful in winning back Congress this year and winning the White House next year, it could seriously hamper their ability to pass progressive legislation without imposing spending cuts. And given the metronomic swings of power that have characterized Washington in recent years â€” one party wins the White House, then two years later the other party wins Congress, then as soon at the opposition takes back the White House it loses Congress, repeat ad infinitum â€” they may only have two years starting in 2021 to advance the progressive goals theyâ€™re in the process of formulating. Every one of those efforts that involves federal spending could be bogged down in excruciating negotiations about where spending cuts or tax increases are going to be made to pay for it all.

Politically, this serves almost no purpose. Whatever tiny benefit Democrats might get from telling everyone how responsible theyâ€™re being will be dramatically offset by the risk that theyâ€™ll have trouble passing their (extremely popular) agenda. Are they really foolish enough to think that it matters whether some corporate-funded centrist think tanks scolds them for not holding the line on deficits? Who cares?

Yesterday at a press conference, Pelosi was asked about Medicare for All and promised to evaluate it.Â Yeah, that’ll fire up the base.

9 thoughts on “Democrats and Obsolescence”