The New York Times published this story four days ago, and I missed it — “Biden Faces Conflict of Interest Questions That Are Being Promoted by Trump and Allies.”

Here’s the backstory: Back when he was vice president, Joe Biden took on the job of pushing Ukraine to get rid of its notoriously corrupt prosecutor general. This prosecutor general was, by all accounts, a real sleazebag who was intensely disliked by everybody who had to deal with Ukraine. Nobody seems to think that this guy’s dismissal from his job was a bad thing.

However, Joe Biden’s son Hunter directly benefited from this dismissal, because Hunter Biden “at the time was on the board of an energy company owned by a Ukrainian oligarch who had been in the sights of the fired prosecutor general,” the article says.

Hunter Biden was a Yale-educated lawyer who had served on the boards of Amtrak and a number of nonprofit organizations and think tanks, but lacked any experience in Ukraine and just months earlier had been discharged from the Navy Reserve after testing positive for cocaine. He would be paid as much as $50,000 per month in some months for his work for the company, Burisma Holdings.

Nice work if you can get it without being the son of a vice president of the United States. This connection was known at the time and raised some concern in the State Department, but apparently not enough concern that anything was done about it. The prosecutor general was a genuinely bad guy and wasn’t pushed out just because of Hunter Biden.

This story is news today because Trump’s sending Rudy Giuliani to dredge up dirt about it. Josh Marshall writes,

Rudy Giuliani, the President’s personal lawyer has been meeting with Ukrainian officials repeatedly and dangling the possibility of better relations with President Trump if they will reopen the investigation into the Hunter Biden-affiliated company. Let’s repeat that. The President’s personal lawyer is going abroad and using the lure of better treatment from President Trump to get them to reopen an investigation that could damage the man who is possibly Trump’s presidential competitor next year.

Giuliani and Trump have asked Attorney General Bill Barr to get the material Ukrainian prosecutors have assembled and start his own investigation in the US.

Mark my words: If Biden is the nominee, instead of Hillary Clinton’s emails we’ll be hearing about Hunter Biden and the Ukranian bank. Incessantly. Still think Biden’s so electable?

Possible sketchy dealings from several years ago, long since settled legally and in the past. Giuliani starts meeting with Ukrainian officials who are for reasons we all understand desperate for favorable treatment from President Trump. He tells them that the way to get better treatment is to start an investigation into the Joe Biden’s son. Giuliani routinely briefs President Trump on his activities. They both go to Bill Barr and start pushing Barr to piggy back on the Ukrainian investigation and start his own probe in the US.

And you know Bill Barr will do it.  This is from the New York Times story:

The Trump team’s efforts to draw attention to the Bidens’ work in Ukraine, which is already yielding coverage in conservative media, has been led partly by Rudolph W. Giuliani, who served as a lawyer for Mr. Trump in the investigation by the special counsel, Robert S. Mueller III. Mr. Giuliani’s involvement raises questions about whether Mr. Trump is endorsing an effort to push a foreign government to proceed with a case that could hurt a political opponent at home.

Mr. Giuliani declined to comment on any such phone call with Mr. Trump, but acknowledged that he has discussed the matter with the president on multiple occasions. Mr. Trump, in turn, recently suggested he would like Attorney General William P. Barr to look into the material gathered by the Ukrainian prosecutors — echoing repeated calls from Mr. Giuliani for the Justice Department to investigate the Bidens’ Ukrainian work and other connections between Ukraine and the United States.

Mr. Giuliani said he got involved because he was seeking to counter the Mueller investigation with evidence that Democrats conspired with sympathetic Ukrainians to help initiate what became the special counsel’s inquiry.

I don’t personally want the future of the planet and human civilization to turn on how much dirt somebody can find on Hunter Biden et al. I also feel compelled to point out that what Guiliani is doing might be described as collusion with foreign governments to change the outcome of an election. 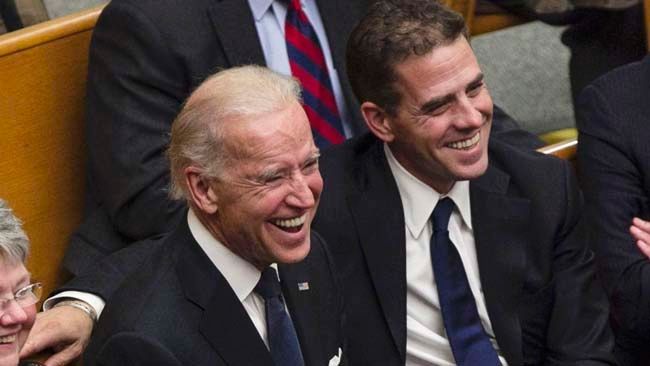