The WTFs actually are coming along a lot faster than one a day, but I don’t have time to comment on them all. Here’s a relatively small and manageable one:

The Justice Department (DOJ) has opened an antitrust inquiry into 4 major automakers who recently struck a deal with California to boost emissions standards for their nationwide fleets, The Wall Street Journal reports.

Why it matters: The report, if correct, signals the opening of a new and high-stakes front in the fight between California and the White House over vehicle emissions and mileage rules.

Where it stands: The WSJ reports that DOJ is seeking to determine if Ford, VW, Honda and BMW “violated federal competition law by agreeing with each other to follow tailpipe-emissions standards beyond those proposed by the Trump administration.”

The story cites anonymous sources familiar with the matter. DOJ declined to comment.

The big picture: The reported probe comes as the Trump administration is preparing to freeze Obama-era carbon emissions and mileage standards, rather than allowing them to grow significantly stronger through the mid-2020s.

You know the automakers are not voluntarily agreeing to carbon emissions standards out of the goodness of their hearts. They are agreeing to carbon emissions standards because they are not complete morons and they know they’re going to have to lower emissions eventually, Trump or no Trump. Presidents come and go; reality has a tendency to stick around, even when you try to ignore it. Paul Krugman:

Business leaders aren’t do-gooders, but they are realists. Most of them understand that climate change is happening, that it’s dangerous, and that we’ll eventually have to transition to a low-emissions economy. They want to spend now to secure their place in that future economy; they know that investments that worsen climate change are bound to be long-run losers. But they’ll hold off on investing in our energy future as long as conspiracy theorists who consider global warming a gigantic hoax — and/or vindictive politicians determined to erase Obama’s achievements — keep rewriting the rules.

By all accounts Trump is furious that the automakers aren’t lining up to genuflect to him in gratitude. I believe he ordered Barr to punish them, somehow.

Trump doesn’t actually understand building a sustanable business, especially manufacturing. He understands exploitation and grifting, which according to Krugman is the only part of the economy that is doing well under his stewardship.

To be fair, however, some kinds of business do thrive under Trumpism — namely, businesses that aren’t in it for the long run, operations whose strategy is to take the money and run. These are good times for mining companies that rush in to extract whatever they can, leaving a poisoned landscape behind; for real estate speculators sponsoring dubious ventures that take advantage of newly created tax loopholes; for for-profit colleges that leave their students with worthless degrees and crippling debt.

In other words, under Trump it’s springtime for grifters.

Grifting is all that Trump understands. He may not comprehend that most businesses can’t operate that way, at least if they want to remain in business for many years.

In December 2018, American manufacturing was ending a more than two-year tear, cheered along the way by its most prominent patron, President Trump. …

…But this year, manufacturing has turned south and entered what Federal Reserve data show is a technical recession, or six-month slump. It seems unlikely to recover in the near future: A major survey of U.S. manufacturing purchasing managers found a negative outlook, and the other is just a whisker away from going negative for the first time since 2009.

The article linked above on manufacturing is worth reading. In brief, it analyzes the several factors that impact the manufacturing sector and explains why the things Trump has done to bring back manufacturing jobs either resulted in a brief bump that quickly dissipated; had no effect either way; or made things worse. And, of course, there are many factors out of Trump’s control.  And the bottom line is that Trump doesn’t appear to grasp any of this. The article argues that he’s an industrial-age president in a post-industrial world.

Trump’s 19th-century mindset may have a lot to do with why hardly a week goes by without news of some bit of protected federal land being opened up to mining or logging or (especially) extraction of fossil fuels. Trump must think this is the way economies grow. See A Timeline of Donald Trump’s War on Public Lands. See also Trump is trying to unload America’s public lands to oil companies before the election:

…officials in the Trump administration, some of whom came straight out of the industries from which they are supposed to be protecting the environment, have been rushing to auction off leases — no doubt with an eye to the election calendar and the current president’s poll numbers. If there’s any good news to be found in the speeded-up process, it’s that in their haste the paperwork has reportedly been so badly botched that legal challenges will likely succeed.

In pushing to open ANWR to drilling, the Trump administration estimated two years ago that it would earn the federal government $1.8 billion in lease sales by 2027. The Congressional Budget Office said a few months later that it would be more like $1.1 billion; it has since reduced its estimate to $900 million. But a recent New York Times analysis put the likely federal revenue at $45 million, and the Taxpayers for Common Sense group put it even lower — about $20 million. Regardless of which of the numbers is correct, it’s a relatively paltry sum in return for significant risk of irreversible damage to a remote region that is crucial to so many species.

Further, humankind must move away from relying on oil and other fossil fuels for energy. Expanding the amount of public lands that can be leased for oil production is against the nation’s long-term interests. The U.S. already is the world’s largest producer of oil; adding new oil from Alaska is not necessary for the economy and will just make it harder to achieve the reductions of carbon emissions that are required to keep from cooking the planet.

Take the money and run — that’s all Trump understands. There’s a resource just sitting there that’s worth some money, so let’s get it and sell it, even if demand for the resource is soft and the long-term consequences of taking it are huge.

But let us go back to AG Barr and his antitrust probe into automakers. This is in the NY Times:

In a clear signal that the administration intends to press the matter aggressively, top lawyers from the Environmental Protection Agency and the Transportation Department on Friday sent a letter of rebuke to Mary Nichols, California’s top clean air official. “The purpose of this letter is to put California on notice” that its deal with automakers “appears to be inconsistent with federal law,” the letter read. …

… Legal experts and people close to the Trump administration said the investigation was meant as a show of force to companies that have displeased the president.

That’s what this whole mess is about. Trump is displeased. He tried to do the automakers a favor, and they didn’t appreciate it. So they must be punished.

Critics of the antitrust probe argue that this is a deal between the state of California and four automakers, meaning it’s a state and not a federal case. And there is no way that Bill Barr can argue the Department of Justice is trying to protect consumers. 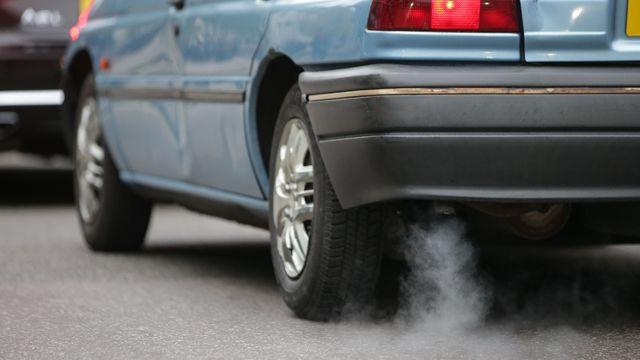 7 thoughts on “Today’s WTF? Auto Makers to Be Punished by the DoJ”