….the captured ISIS fighters and families. The U.S. has done far more than anyone could have ever expected, including the capture of 100% of the ISIS Caliphate. It is time now for others in the region, some of great wealth, to protect their own territory. THE USA IS GREAT!

If others in the region of great wealth are to protect their own territory, why the bleep are we sending troops to protect Saudi Arabia? And I do like the part about “great and unmatched wisdom.”

Also, what’s with the claim that 100% of the “ISIS Caliphate” are captured? According to the Pentgagon, ISIS actually has made a comeback in Syria and Iraq, thanks to Trump.

Trump likes to play imaginary gangsters, likes to talk tough, likes to praise and kowtow before strongmen. But in the real world he is a milquetoast, letting other countries walk all over the United States. …

…The White House itself is now announcing that Turkey is planning to invade the Kurdish-majority region of northern Syria to establish what Ankara calls a “security zone.” This is actually a plan for a monstrous sort of ethnic cleansing and population displacement, as Reese Erlich reported from Istanbul in a syndicated column carried here by Informed Comment.

Trump clearly has signed off on this plan, apparently afraid to take Erdogan on.

Driving the news: Erdogan accepted the invitation during a call with Trump in which the Turkish president expressed dissatisfaction over the U.S military’s apparent failure to implement a safe zone agreement in northeast Syria. Erdogan wants the safe zone to be established to eliminate threats from the Syrian Kurdish YPG militia, which is supported by the U.S. but considered a terrorist organization by Turkey.

The last time Erdogan visited the U.S., Trump let Erdogan’s bodyguards get away with attacking Kurdish protesters. Fifteen of the bodyguards were indicted, but under pressure from the State Department the indictments were dropped.

An Ivanka Trump tweet thanking Erdogan for attending the grand opening of Trump Towers Istanbul has re-surfaced. And let us not forget that “betraying the Kurds” is a recurring pattern of U.S. foreign policy.

In a rare public break with Trump, Sen. Lindsey Graham criticized the partial pullout on “Fox & Friends,” saying the “impulsive decision by the president has undone all the gains we’ve made, thrown the region into further chaos.” He added, “I hope I’m making myself clear how shortsighted and irresponsible this decision is in my view.”

Graham, a vocal defender of the president and frequent adviser on matters of foreign policy, predicted the administration’s move would ensure a “comeback” of ISIS, force the Kurds to align themselves with Syrian President Bashar Assad and Iran, damage the relationship between Turkish President Recep Tayyip Erdogan’s government and Congress, and become “a stain on America’s honor for abandoning the Kurds.”

He also threatened to introduce a Senate resolution opposing the administration’s decision, and accused the White House of being dishonest about the nature of the ISIS threat.

“I don’t know all the details regarding President Trump’s decision in northern Syria,” the South Carolina Republican wrote on Twitter, adding that he was in the process of scheduling a phone call with Secretary of State Mike Pompeo and warning: “If press reports are accurate, this is a disaster in the making.”

See also these tweets from Brett McGurk, Trump’s former envoy for the fight against the Islamic State.

The WH statement tonight on Syria after Trump spoke with Erdogan demonstrates a complete lack of understanding of anything happening oUIn the ground. The “United States” is not holding any ISIS detainees. They are all being held by the SDF, which Trump just served up to Turkey. pic.twitter.com/vYr7j0q6mR

The SDF refers to the Syria Democratic Forces, which is led by a mostly Kurdish militia. Basically, all these ISIS prisoners Trump brags about are being held mostly by Kurds, and the stable genius just betrayed the Kurds. See also Donald Trump’s Syria Withdrawal Could Help ISIS Stage Mass Prison Breaks, Experts Say.

Trump did acknowledge that “the Kurds fought with us” against Islamic terrorism, but that they “were paid massive amounts of money and equipment to do so.” So, in Trump’s mind, we have no further obligations to them. And we all know that if Erdogan acts as predicted and begins an ethnic cleansing against the Kurds, Trump won’t do a damn thing to stop him.

In other news: For a brief, shining moment it looked as if we’d finally see Trump’s taxes, when a federal judge ordered Trump to give eight years of tax returns to the Manhattan District Attorney. However, almost immediately an appeals court issued a stay pending a review. 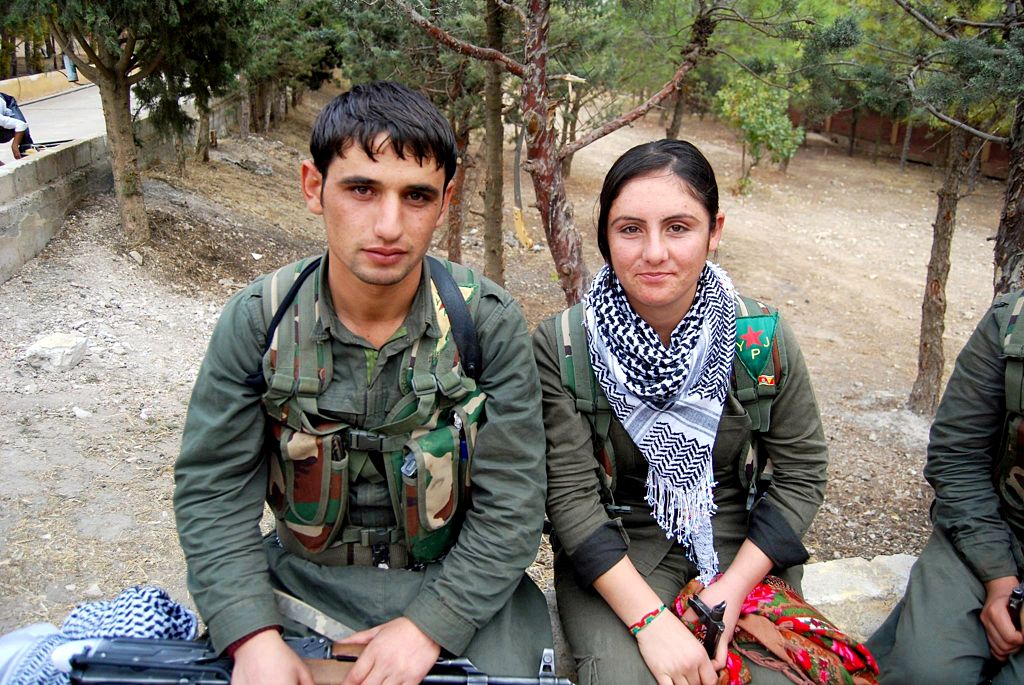 23 thoughts on “Betraying the Kurds (Again), and Other News”