It strikes me that Liz Warren is hitting more hurdles and tripwires than the other front runners, Biden and Sanders. It’s remarkable that she’s doing as well as she is.

For example, from the beginning of her campaign she made it clear she was committed to some kind of universal health care program. Although she signed on to Bernie Sanders’s Medicare for All plan early on, for a while she tried to maintain a position of openness to other possible plans. And I think that would have been a good general election position, but the activist base wouldn’t let her do that. There was widespread grumbling that maybe she wasn’t really committed to universal healthcare.

And then when she did commit to a specific plan, she was put on the spot about raising taxes to pay for it. As David Atkins said, “how will you pay for it?” is the new “but her emails.” He writes,

…an enormous amount of the media debate in the 2020 election will focus on how the Democratic nominee intends to pay for priorities like healthcare and climate change mitigation. Even as the Republicans blow ever-bigger holes in the national budget without the slightest concern for how they will be paid for.

Bernie went ahead and bit the raising taxes bullet. From the most recent debate:

SANDERS: Well, as somebody who wrote the damn bill, as I said, let’s be clear. Under the Medicare for all bill that I wrote, premiums are gone. Co-payments are gone. Deductibles are gone. All out-of-pocket expenses are gone. We’re going to do better than the Canadians do, and that is what they have managed to do.

At the end of the day, the overwhelming majority of people will save money on their health care bills. But I do think it is appropriate to acknowledge that taxes will go up. They’re going to go up significantly for the wealthy. And for virtually everybody, the tax increase they pay will be substantially less — substantially less than what they were paying for premiums and out-of-pocket expenses.

I think that was a good answer. He’s not going to be leaned on as much during the primaries, but of course this might bite him in a general election campaign. He’s going to raise taxes!  Oh noes!

And then there’s Joe Biden, who mostly wants to build on Obamacare. If you saw Kate McKinnon play Warren in last night’s SNL cold open, you’ll remember the line — “My plan compares favorably in that it exists. Nobody asks Biden how to pay for stuff because his plans are so vague. No one asks how we’re going to pay for ‘Remember Obama.’”

So now Warren has released a Medicare for All plan that would not require raising taxes on the middle class. Paul Krugman called it a serious plan.

Warren needed to show that she was working the problem. And she did. She brought in real experts like Donald Berwick, who ran Medicare during the Obama years, and Betsey Stevenson, former chief economist at the Labor Department. And they have produced a serious plan. As I said, experts will argue with the numbers, but this is the real thing — not some left-leaning version of voodoo economics.

Naturally there were some progressive activists who threw a fit because Warren consulted people who had worked for the Obama administration. This was seen as evidence of her lack of committment to progressivism. I swear, lefties can be their own worst enemies.

Now, anyone who’s been around the block a couple of times knows that, even if Warren becomes president, the health care plan that finally makes its way through Congress is likely to be considerably different from whatever she’s proposing now. I’m not sure we’re helping ourselves by making our candidates commit to very specific plans rather than just to more general principles.

Certainly Republican candidates never have to come up with specific plans. They promise the moon, and when elected they cut taxes. And when the tax cuts don’t deliver anything for anybody who wasn’t already wealthy, they blame Democrats. Their base never catches on, and reporters don’t hold their feet to the fire. But Democrats can’t get away with that. 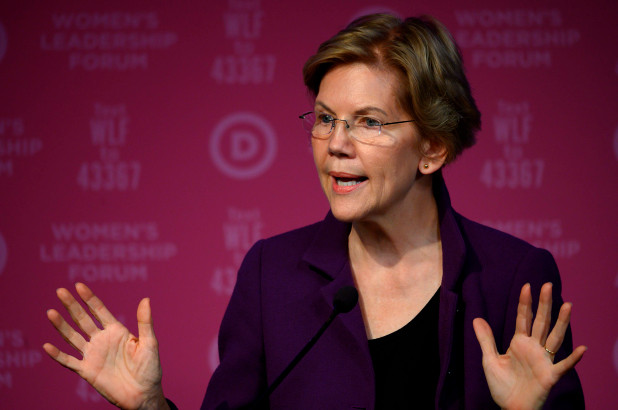