Today in Wisconsin, people are risking their lives to vote, and the U.S. Supreme Courtis okay with this.

Wisconsin Gov. Tony Evers attempted to postpone the state’s primary scheduled for Tuesday, issuing a last-minute executive order after failing to get the Republican-controlled state legislature to agree to a delay. Because the state had been deluged with absentee ballot requests — causing some voters not to get their ballots in time — a federal judge had ordered the state to accept ballots postmarked for an additional six days. Republicans sued to get that ruling overturned and to force the election to go on as scheduled.

This Vox article provides more background on the Wisconsin debacle. Back to Paul Waldman:

Why were they so eager to have the election in the middle of this pandemic? The key race was for a seat on the state supreme court, which will help them solidify their conservative majority, which is in turn vital to maintaining the system of minority rule in Wisconsin. That includes the extraordinary partisan gerrymander of state legislative districts engineered by Republicans, a gerrymander so brutally effective that in the 2018 state assembly elections, Democrats won 53 percent of the votes but Republicans won 63 of the 99 seats.

Republicans know their voters are more likely to have already voted absentee or live in less-populated areas where they can vote safely at a less-crowded polling place. Democrats, on the other hand, are being forced to literally risk their lives to vote. In Milwaukee, a city of 600,000 people, the number of polling places was reduced from 180 to five.

Late Monday, the state Supreme Court ruled that the governor did not have the authority to postpone the election. And then the U.S. Supreme Court overruled the previous decision that allowed six additional days for the absentee ballots. Only ballots postmarked by Tuesday can be counted. So right now people are standing in five-hour-long lines in the middle of a pandemic to try to vote.

To call what’s happening in Wisconsin right now a “stolen election” is perhaps too mild a description. Because of the state’s Republicans and the intercession of the Supreme Court, not only are thousands of Americans being disenfranchised, thousands more are risking their health and perhaps their very lives to go to polls in an election that should never have taken place.

This is a very ominous sign for what will happen in November. There will be battles across the country over how the upcoming election will be conducted — whether it will be fair, whether everyone will have access to the ballot and whether we’ll be able to trust the result.

And the Supreme Court will be there to put a thumb on the scales for the Republican Party.

On Monday, by a 5–4 vote, the U.S. Supreme Court approved one of the most brazen acts of voter suppression in modern history. The court will nullify the votes of citizens who mailed in their ballots late—not because they forgot, but because they did not receive ballots until after Election Day due to the coronavirus pandemic. As Justice Ruth Bader Ginsburg wrote in dissent, the court’s order “will result in massive disenfranchisement.” The conservative majority claimed that its decision would help protect “the integrity of the election process.” In reality, it calls into question the legitimacy of the election itself.

And this takes us to the larger question — thanks to Trump appointees, much of the federal judiciary has been larded with loyalist party hacks who are years away from retirement. Dealing with this is going to be a huge problem.

President Donald Trump has removed the lead watchdog overseeing the $2 trillion coronavirus package, just days after the official, Glenn Fine, was appointed to the role.

The move came as Trump pursued similar action in recent weeks against independent inspectors general across the federal government.

Acting Navy Secretary Thomas Modly resigned on Tuesday, a day after leaked audio revealed he called the ousted commander of the USS Theodore Roosevelt “stupid” in an address to the ship’s crew, according to a US official and a former senior military official.

So, the news isn’t all bad. 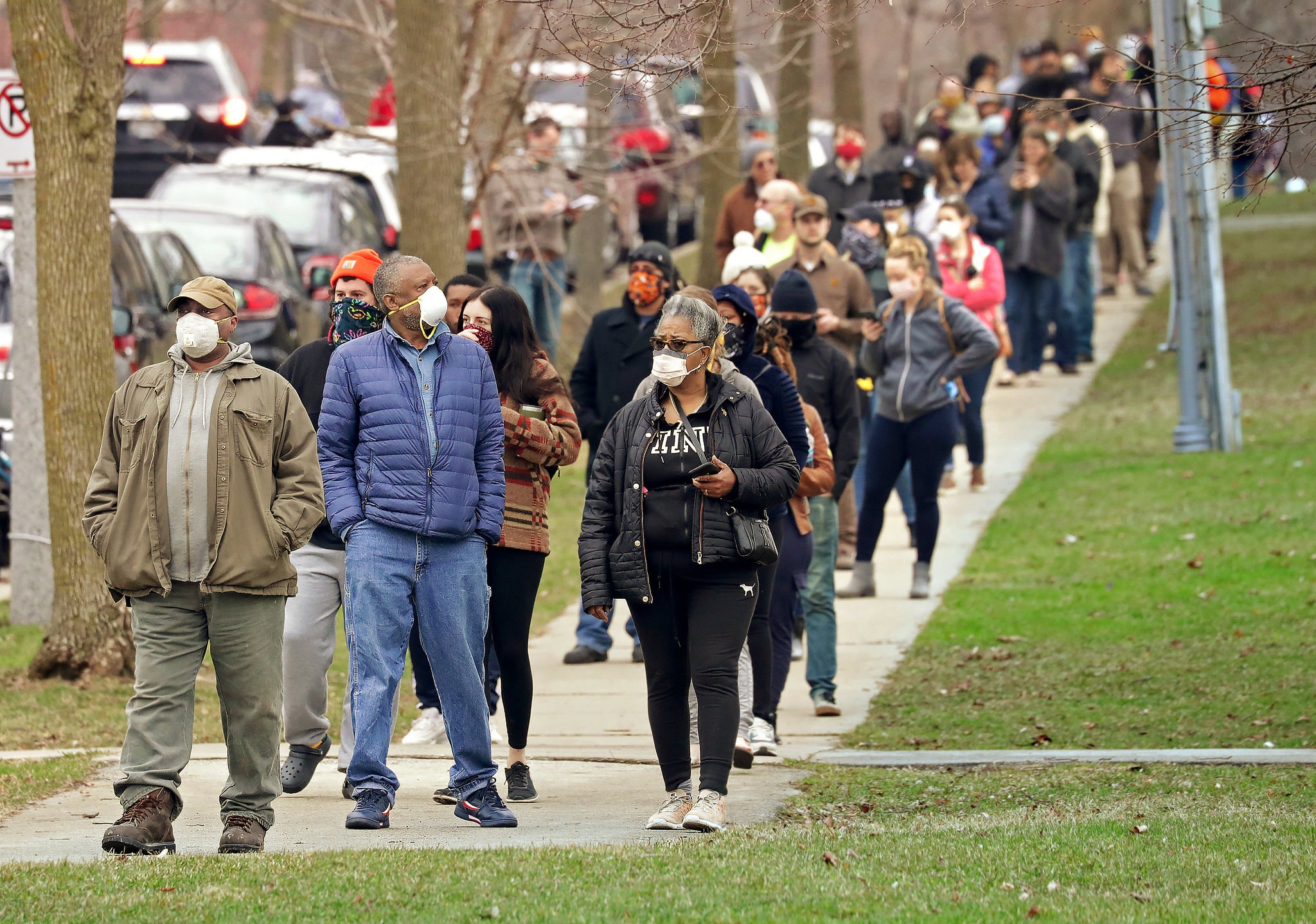 People lined up to vote outside Riverside High School in Milwaukee on Tuesday.Credit…Mike De Sisti/Milwaukee Journal Sentinel, via Reuters

4 thoughts on “What Will We Do About the Courts?”