People are noticing that Trump still doesn’t have a plan. From Caroline Mimbs Nyce, The Atlantic:

It’s been more than 100 days since the first reported case of the coronavirus in the United States, but Donald Trump still doesn’t seem to have a plan. Instead, the president, my colleague David A. Graham points out, is returning to the “breezy language” he employed “in the earliest days of the pandemic” and holding on to “a blithe faith that the disease will simply disappear of its own accord, without a major government response.” …

…He appears to be at a total loss. “His plans have often been derided by skeptics as unwise, unrealistic, or simplistic,” David, who’s covered the president’s responses to an assortment of natural and political crises, notes. “This situation is different, though: Grappling with a multifront crisis, Trump seems to have no plan at all.”

It’s not “seems to have no plan.” Trump just plain doesn’t have a plan. All he does is react to what’s happening, whether it’s to boast or blame or sign some piece of paper that makes it seem he is doing something. But there is no plan. And I question whether he ever has plans. He has ideas, many of them nonsensical; he has intentions; he knows what he wants. He appears to be perpetually scheming. But plans, not so much.

It’s been 111 days since the first reported case of the coronavirus in the United States. It’s been 57 days since President Trump issued social-distancing guidelines, and 12 days since they expired.

Yet the Trump administration still has no plan for dealing with the global pandemic or its fallout. The president has cast doubt on the need for a vaccine or expanded testing. He has no evident plan for contact tracing. He has no treatment ideas beyond the drug remdesivir, since Trump’s marketing campaign for hydroxychloroquine ended in disaster. And, facing the worst economy since the Great Depression, the White House has no plan for that, either, beyond a quixotic hope that consumer demand will snap back as soon as businesses reopen.

It is shocking. More than 60 days after President Trump declared a national emergency over the novel coronavirus, there is still no clear national plan for what comes next. “The lockdown is not meant to be a permanent state of affairs; it’s intended to be a giant pause button that buys you time to get ready for the next phase,” Jeremy Konyndyk, of the Center for Global Development think tank, says.

But the Trump administration wasted the pause. Over the past two months, the US should have built the testing, contact tracing, and quarantine infrastructure necessary to safely end lockdown and transition back to normalcy — as many of our peer countries did. Instead, Trump has substituted showmanship for action, playing the president on TV but refusing to do the actual job. He has both dominated the airwaves and abdicated his duties. As a result, America’s progress against the coronavirus has stalled, even as the lockdown has driven the economy into crisis.

Part of the issue here is that Trump is deeply and profoundly stupid. I doubt that he has a clear understanding of how anything happens. He’s spent most of his life faking his way through situations that were over his head, I suspect, and he got away with the act only because he’s a bully with a lot of money. By now he probably does believe he’s brilliant.

And now he’s in a situation that requires complex planning. Such a thing is way beyond his capabilities, and it appears there is no one left in his circle who can pick up the slack, including his dimwit son-in-law. Even if there were a plan, he wouldn’t understand it and wouldn’t follow through on it. And we know this because he’s ignoring the closest thing he came to a plan, the White House guidelines for reopening the economy. Ezra Klein:

The guidelines are not quite a plan, but they are at least a framework: They call for states to reopen when caseloads have fallen for 14 days, when hospitals can test all health care workers continuously, when contact tracing architecture is up and running.

President Trump, however, shows neither familiarity with, nor support for, his own guidelines. He routinely calls on states to reopen though they have not met the criteria his administration suggests. For instance, his series of tweets calling on right-wing protesters to “LIBERATE!” Michigan, Virginia, and Minnesota from stay-at-home orders contradicted his own administration’s guidance and created a distraction for state officials trying to manage a crisis.

There is an argument out there that not having a plan is the plan. Jay Rosen:

The plan is to have no plan, to let daily deaths between one and three thousand become a normal thing, and then to create massive confusion about who is responsible— by telling the governors they’re in charge without doing what only the federal government can do, by fighting with the press when it shows up to be briefed, by fixing blame for the virus on China or some other foreign element, and by “flooding the zone with shit,” Steve Bannon’s phrase for overwhelming the system with disinformation, distraction, and denial, which boosts what economists call “search costs” for reliable intelligence. …

…“The plan is to have no plan” is not a strategy, really. Nor would I call it a policy. It has a kind of logic to it, but this is different from saying it has a design— or a designer. Meaning: I do not want to be too conspiratorial about this. To wing it without a plan is merely the best this government can do, given who heads the table. The manufacture of confusion is just the ruins of Trump’s personality meeting the powers of the presidency. There is no genius there, only a damaged human being playing havoc with our lives.

“The manufacture of confusion is just the ruins of Trump’s personality meeting the powers of the presidency.” Exactly. Sowing bullshit and confusion is all Trump knows how to do, so that’s what is done. And, unfortunately, he is suspicious of what he can’t understand, possibly because if he can’t understand it he might not be able to control it. This is no doubt why the White House blocked publication of a re-opening plan drafted by the CDC. The White House called the CDC plans “overly prescriptive.” Translation: More details than Trump had the patience to try to grasp.

So, there is no plan. And we need a plan.

There is a book that I have read about but not actually read that may provide a clue to why Trump is especially averse to plans. According to reviews and interviews, in The Strange Case of Donald J. Trump: A Psychological Reckoning,  Northwestern University psychologist Dan P. McAdams proposes that Trump lacks the continual internal narrative that most humans maintain through their lives. This narrative is an ongoing story that connects and contextualizes day to day events and helps us make sense of them. But McAdams thinks Trump doesn’t work that way.

Trump, McAdams argues, can’t form a meaningful life story because he is the “episodic man” who sees life as a series of battles to be won. There is no connection between the moments, no reflection and no potential for growth when one is compulsively in the present.

Donald Trump is a “truly authentic fake,” writes McAdams, professor of human development and social policy at the School of Education and Social Policy. “Trump is always acting, always on stage — but that is who he really is, and that is all he really is. He is not introspective, retrospective or prospective. He does not go deep into his mind; he does not travel back to the past; he does not project far into the future. He is always on the surface, always right now.

“In his own mind, he is more like a persona than a person, more like a primal force or superhero, rather than a fully realized human being,” McAdams adds.

It makes sense that if you relate to life as a series of unconnected episodes, the whole concept of planning would elude you.

In another interview, McAdams said,

He is certainly the “Disrupter in Chief.” He wakes up every morning ready to do battle with his enemies, and he wins by developing tactics that are unprecedented and completely audacious. He did this in the real estate industry in the 1980s, and he does it today. Because he has no story for his life in his own head, Mr. Trump approaches each day as a new episode, with a new battle to win. All that matters is winning the episode. The episodes do not build from one to the next. There is no narrative flow to Donald Trump’s life, at least not in his own head.  This is why he is able to lie with such shameless abandon, and why he is unpredictable from one moment to the next. All tactics, no strategy.

That actually explains a lot, especially the many easily verifiable lies and his incessant flip flops. It’s often said that if you want to change Trump’s mind, be the last person to talk to him. If he has no internal convictions other than in his own greatness, one policy idea is as good as another.

This also explains why he’s such a terrible business man. Most of his businesses have flopped, and if you look closely you see a lot of impulse but probably not much market testing or, well, planning.

So don’t expect him to plan. Planning requires thinking out a number of steps to be carried out over a period of time. Not going to happen.

At this point, he seems to have entirely given up on addressing the pandemic itself and is focused only on mitigating the political fallout. So he’s thrashing around blaming Democrats and anyone in media he thinks isn’t on his side. Oh, and he’s pressuring the CDC to revise down the death counts. Not to do anything about the deaths, mind you; he just wants the number to be smaller. It’s making him look bad. 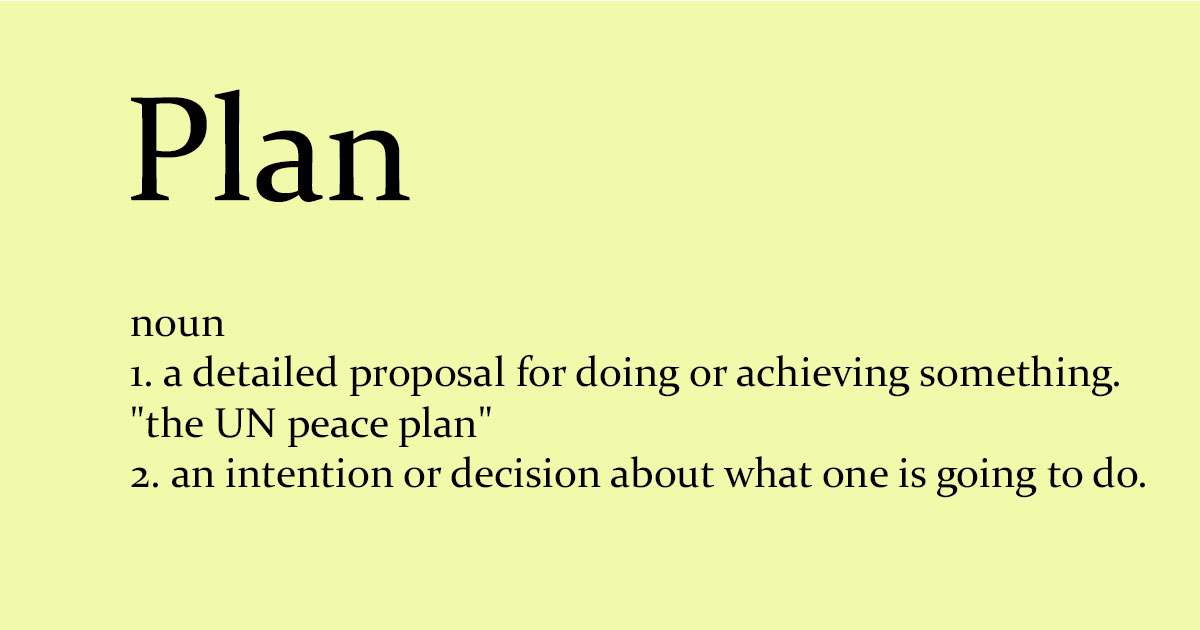 7 thoughts on “Trump Doesn’t Do Plans”