Before any more time passes I want to explain something that happened in the recent gubernatorial election in Missouri. It was between the Republican incumbent, Mike Parsons, and the Democratic State Auditor, Nicole Galloway.

For a time the polls in this race were close — which may not have been accurate, but whatever — possibly because Parsons has no discernible personality and is mostly inactive. I think if he disappeared for a week, no one would notice, including his wife. Going into the election Galloway had a sterling repulation and was endorsed by all the major newspapers.

Then Missouri’s new nutjob Republican U.S. senator, Josh Hawley, filed a complaint against Galloway. This is from September:

The Missouri State Board of Accountancy has opened an investigation into a complaint he filed against Auditor Nicole Galloway earlier this year, U.S. Senator Josh Hawley said Wednesday.

Hawley blasted Galloway on social media, accusing her of altering audits for political reasons and keeping political consultants on her office’s payroll. He referred to her office as a “case study in corruption.”

Note that before he was elected senator Hawley was the state attorney general, so he’s thick with the other Republicans in Jefferson City.

Soon Galloway also was being investigated by Missouri Secretary of State Jay Ashcroft. If that name rings a bell, he’s the son of John “Crisco” Ashcroft who was U.S. Attorney General in the George W. Bush administration. Yeah, that guy. You remember him.

So this investigation is in the newspapers and was prominently featured in Parsons campaign attack ads against Galloway. The major newspapers continued to endorse Galloway, anyway.

In October Galloway filed a suit.

Democratic state Auditor Nicole Galloway, in the midst of a heated election for governor, is asking a judge to block an investigation of her by Republican Secretary of State Jay Ashcroft.

In a complaint filed Tuesday in Cole County Court, Galloway’s attorney said Ashcroft’s office lacks the legal authority to issue a subpoena for documents related to the probe.

And the filing says the move by the secretary of state is politically motivated because voters are already casting ballots in the race for governor.

“In less than 30 days before a major election, the Secretary of State is commencing an entirely unlawful investigation against another statewide elected official based upon a fatally flawed complaint from a dark money organization,” wrote Joel Anderson, chief litigation counsel for the auditor’s office.

And here we get to what’s really bugging Missouri Republicans:

Liberty Alliance, a not-for-profit organization trying to get Republicans elected, says an opinion piece by Galloway that ran in the Post-Dispatch last year focusing on a restrictive state abortion law was submitted to the newspaper by one of her state-paid press aides, violating state law barring the use of taxpayer dollars for campaign purposes.

The auditor’s office said there is no law prohibiting her, as an elected statewide officeholder, from speaking on any variety of topics.

In launching his investigation, Ashcroft first submitted a public records request for emails related to the abortion issue.

Be sure not to miss that last paragraph above. Ashcroft apparently believes it’s unlawful for a public official to be in favor of legal abortion. (You may remember the saga of Missouri’s last abortion clinic, which is still open, possibly because Rachel Maddow shone a bright light on what was going on with it.)

The complaint alleges that the nonprofit was created to work against the candidacy of state Auditor Nicole Galloway, the Democrat challenging Gov. Mike Parson this fall. Because of this, the complaint argues that the nonprofit shouldn’t be allowed to shield its donors from public view. It should be required to file disclosure paperwork with the Missouri Ethics Commission like a political action committee.

…Liberty Alliance USA was created just three days after Galloway announced she was going to run for governor. On its incorporation paperwork it lists its owner as nonprofit Cornerstone 1791 as its owner.

As nonprofits, the groups are not required to disclose their donors. They may engage in some political activities, so long as that is not its primary activity.

The Missouri Ethics Commission dismissed the complaint. So the dark money continued to flow. Here’s the Wikipedia page on Cornerstone 1791, if you’re interested.

Anyway, in the closing days of the campaigns, Missouri was saturated with television ads accusing Galloway of all kinds of moral malfunctions. Here is a television news fact check of one of them. You really want to watch this. Among other things, it clarifies why Josh Hawley is pissed at her.

The ethics investigation into Hawley was ended by Jay Ashcroft, btw.

Oh, and Ashcroft closed the investigation into Galloway on November 12, admitting there was no evidence. 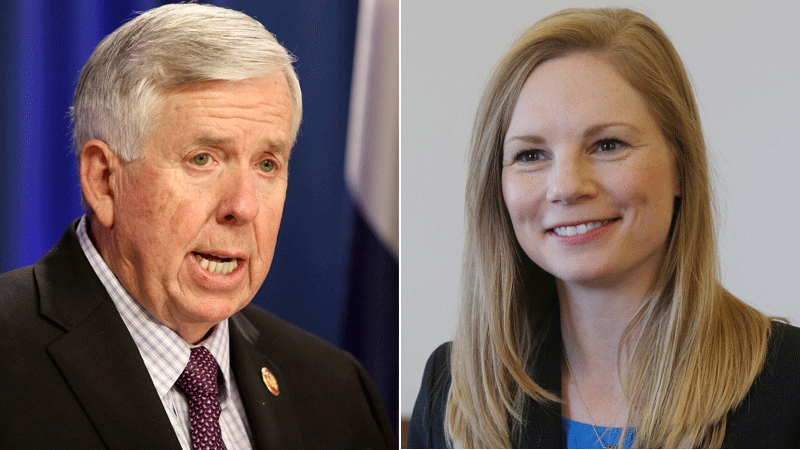 11 thoughts on “How Missouri Republicans Bleeped an Election”