I’m trying really hard to not feel smug about the power outages in Texas. We’ve got our own weather issues here in the Ozarks — snow and single-digit temperatures — and the power flickered on and off a few times today. I am not one to tempt fate in these matters.

And this is not amusing:

At least 14 people are dead in four states from the effects of a record-shattering cold snap and series of winter storms since Sunday. In Texas, as the electricity grid struggles to keep pace with record high demand amid a historic cold outbreak, people are turning to unsafe means to heat their homes. A woman and a girl died from carbon monoxide poisoning in Houston after a car was left running in a garage to keep them warm, according to police.

The Arctic air has also claimed the life of at least one homeless person in Houston, and a 10-year-old boy died after he fell through ice near Millington, Tenn. A tornado associated with the storm system that helped draw Arctic air to the south struck in North Carolina overnight, killing at least three and injuring 10.

This is a good time to note that the electrical grid in Texas was deregulated, privatized, and removed from interconnected networks to avoid federal regulation and increase profits to a small number of wealthy individuals.

Yes, my dears, Texas has its own power grid, as described at Vox.

Texas operates its own internal power grid that serves much of the state. Managed by the nonprofit Electric Reliability Council of Texas, or ERCOT, the grid provides 90 percent of the state’s electricity and serves 26 million customers.

It draws on a diverse range of power sources in a competitive market. The largest source of electricity in Texas is natural gas, followed by wind and solar, coal, then nuclear. The state is the largest oil, natural gas, and wind energy producer in the US.

Here’s more on the Texas power grid from Houston Public Media. This confirms that the power grid has been kept separate from the rest of the country in order to avoid federal regulation. I also found an informative blog post titled The Ultimate Guide to Texas Electricity Deregulation . It appears the overriding concern in Texas has been to deregulate, deregulate, deregulate, and let competitive market forces provide low-cost energy to Texas consumers.

The extreme cold is causing multiple system failures, but as I understand it the single biggest problem is the natural gas supply. See The Real Reason for Texas’ Rolling Blackouts by Molly Taft at Gizmodo:

Some of the country’s biggest oil refineries, owned by big names like Saudi Aramco and Exxon, shut down operations in Texas Monday. Last week, several natural gas facilities and pipelines in the state also shut down as temperatures dipped and wellheads froze up.

“We don’t have the supply of gas that we normally do, and we’re consuming gas in record numbers, which is also depressurizing the gas lines,” Rhodes explained. “Natural gas power plants also require a certain pressure to operate, so if they can’t get that pressure, they also have to shut down. Everything that could go wrong is going wrong with the system.”

Natural gas wells in Texas and Oklahoma froze, people. That’s one reason why there is less natural gas now.

But Some People are eager to blame renewables.

You know how you unfreeze frozen windmills?

By sending up a helicopter that shoots out chemicals onto the blades.

You need fuel for the helicopter.

Keep that in mind when thinking how “green” windmills are.

A photo of a helicopter de-icing a giant wind turbine went viral. However, that image wasn’t taken in Texas 2021, but in Sweden 2014.

-Wind turbines are not being de-iced via helicopter in Texas afaik
-Even if they were, it’s drastically better than using fossil fuel power plants
-People like Lauren Boebert are lying about a deadly weather event to enflame a culture warhttps://t.co/Zqo3PPGGox

Some old tweets are back in circulation:

Another mindless Republican politician just blamed the power outage in Texas on the Green New Deal. Hello? It hasn’t been implemented yet. Over 80% of Texas power is from non-renewables.

I can’t be too hard on Texas, because the whole country has been living with a creaking, antiquated power grid for many years, and no one seems to be able to address the problem. Mostly because Republicans. The extreme weather has caused blackouts in 13 other states beside Texas. See Severe weather, blackouts show the grid’s biggest problem is infrastructure, not renewables, at Tech Crunch.

The current blackouts have nothing to do with renewables and everything to do with cold weather slowing down natural gas production because of freeze-offs and spiking demand for heating at the same time.

As Dr. Emily Grubert, an assistant professor of Civil and Environmental Engineering and, by courtesy, of Public Policy at the Georgia Institute of Technology, noted, the problem is more of a total systems issue than one associated with renewable power.

“Let us be absolutely clear: if there are grid failures today, it shows the existing (largely fossil-based) system cannot handle these conditions either,” Grubert wrote on Twitter. “These are scary, climate change-affected conditions that pose extreme challenges to the grid. We are likely to continue to see situations like this where our existing system cannot easily handle them. Any electricity system needs to make massive adaptive improvements.”

Updating energy technology and increasing use of renewables would make the power much more reliable, the article says. 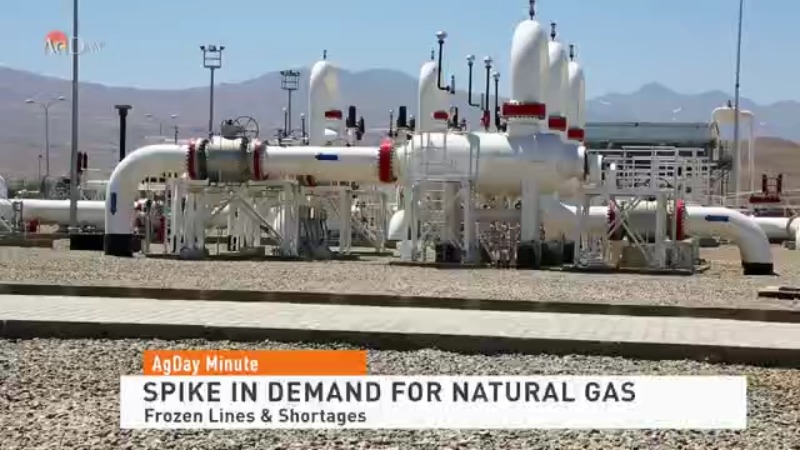 7 thoughts on “Texas — Like a Whole ‘Nother Country, Especially the Power Grid”